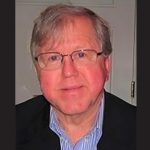 Born in Salisbury he was the son of the late Herbert Carl Cannon and Georgia Lee Cannon. He is survived by his wife of 43 years, Christie Cannon, and children, Amanda R Paige and her husband John Kernan of Baltimore, and Jeffrey R. Cannon of North Beach, and two grandchildren, Jameson R. Cannon, and Aubrey N. Dillon. Also surviving is his brother, R. Alan Cannon of Delmar, and sister, Susanne C. Tewey and her husband Frank of Annapolis, in-laws Eric and Pamela Lego of Hagerstown, and numerous nephews and one niece.

Mr. Cannon received an associate’s degree from the Career Academy of Broadcasting in Washington DC. He then served as a medic in the Army, stationed in Germany. Upon returning to the states he moved to Ocean City where he began his career as a broadcaster in a small local radio station, which in time led him to become the “voice” of Ocean City. Known locally as the “Mayor” of West Ocean City, he was the Master of Ceremonies for the Berlin Christmas Parade, O.C. St. Patrick’s Day Parade, O.C. Mayor’s Prayer Breakfast, the Princess Royale Penguin Swim, local Epilepsy Telethon, and numerous other local events.

He was Ocean City Citizen of the Year in 2004, Past President of the Chamber of Commerce, Past President of the O.C. Paramedics Foundation, a member of the O.C. Lions Club, where he mentored the O.C. Leo Club based at Stephen Decatur High School, and member and past Trustee of the First Presbyterian Church in Ocean City. It will be hard to fill the shoes of this man who willingly donated so much of his time and energy to the town and surrounding areas that he loved. He will be greatly missed by everyone who knew him.

A celebration of life will be announced in the near future. 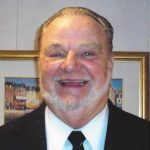 BERLIN — On Tuesday, April 13, 2021, Joe Dyer of Berlin (1943-2021) left this world peacefully in his home surrounded by his family following a brave battle with glioblastoma.

He leaves behind to cherish his memory 10 grandchildren, Michael, Daniel, John, Steven, Becca, Brad, Lindsay, Alex, Danny and Megan; 17 great grandchildren; his sister, Carol Geriak; and many nieces and nephews In addition to his parents, he was preceded in death by his brother, James R. Dyer, and sister, Bernice M. Cole. He also leaves behind his faithful dog, Smokey, who never left his side.

Joe was an amazing husband, father, grandfather, great grandfather, brother, uncle and friend. He will always be remembered for his faith in God, his love of family, his laughter, love of golf which he shared with his wife, sons and grandsons, and his ability to build or fix anything. He enjoyed making golf clubs for his friends and family.

Joe was a retired self-employed home builder in Charles County prior to his retirement to the Eastern Shore. He was a member of St. Mary Star of the Sea-Holy Savior parish where he served for many years as an Extraordinary Minister of Holy Communion and in the ministry to the sick at Berlin Nursing and Rehab Center. He was a 3rd degree member of the Knights of Columbus Council 9053 in O.C. He previously served as a volunteer with Coastal Hospice for over 15 years and was awarded the Coastal Hospice “Heart of Hospice” award in 2006.

A Memorial Mass of Christian Burial will be held Friday, April 23 at 11 a.m. at Holy Savior Catholic Church at 1705 Philadelphia Ave. in Ocean City. Due to current restrictions, there will be no visitation in the church prior to Mass and masks are required. 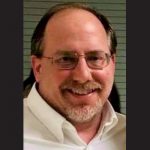 He was born March 16, 1968 to William C. Wooten and Jane Harrison Wooten. He went on to marry Valerie Wooten and worked as a feneral manager for the Comfort Inn Hotel where he was loved by many. He enjoyed playing golf, living by the shore and enjoyed spending time with his family.

Service is private for the family at this time. A celebration of life will be announced at a later date.

Arrangements are in the care of the Burbage Funeral Home. Condolences may be sent to the family via www.burbagefuneralhome.com