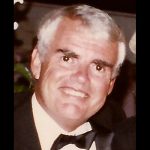 Phil was born on May 20, 1939 to Andrew Joseph Young, Sr. and Mary Frances (Brooks) Young of Parkville, Md. He attended Calvert Hall High School and then graduated from Loyola College in 1963. Phil married his high school sweetheart and loving spouse Elizabeth Anne (Day) Young in 1964 and together raised their family in Hunt Valley.

Phil was a dedicated licensed psychologist who received a Doctorate from George Washington University in 1977. Over the next 40 years, he worked as a School Psychologist for Baltimore County Public Schools, taught psychology and managed a successful private practice. Phil dedicated his life to working with under privileged, at-risk children as well as adults to identify and address a wide variety of learning and psychological issues.

Phil was an Army veteran, historian, an avid fly fisherman and a golf and tennis enthusiast who put his love for family above all else. He was a member of Synepuxent Gun and Rod Club, the National Rifle Association, Ocean Pines Boat Club and the Republican Party, among others.

Philip is survived by his wife of 57 years, Elizabeth (Betty) Anne. and his children, John, David and his spouse Marta and Stephanie (Young) Clayville and her spouse Brooks Clayville. He also is survived by five wonderful grandchildren, Patrick, Kevin, Matthew, Jackson and Harris. 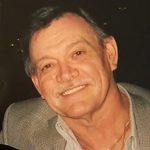 Born in Baltimore, he was the son of the late Albert G. and Frances (Gutowski) Biniasz. Aside from his parents, two brothers and one sister preceded his death. He is survived by daughters Diana Chavis and Debra Foard along with four grandchildren Cory and Connor Chavis and Kaylin and William Foard. He is also survived by his longtime partner Geraldine Price; sister Bernadine Biniasz; and brother Gregory Biniasz.

Mr. Biniasz had served in the United States Air Force. Later he became a successful insurance agent and eventually relocated to the Eastern Shore. He enjoyed occupations such as owning a bicycle rental business and snowball stand, bartending and eventually settled into the late-night shift security officer role at the Golden Sands Condominium. He loved driving, especially his classic Cadillac convertible, watching western movies and laughing at The Three Stooges.

Cremation followed his death. A graveside family service will be arranged at a later date. A donation in his memory may be made to the Ocean City American Legion, Post# 166, 2308 Philadelphia Ave, Ocean City, Md. 21842. Letters of condolence may be sent via: www.burgagefuneralhome.com 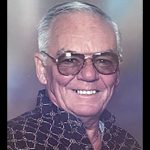 Born in Baltimore, he was the son of the late Daniel and Evelyn May Dolan. He is survived by his children, Daniel Dolan and his wife Lonnie of Glen Rock, Pa. and Lori F. Thompson and her husband Charles, Michelle Arnold and her husband William, all of Baltimore. There are seven grandchildren and 11 great-grandchildren. Preceding him in death were siblings Ronald “Bud” Dolan, and Shirley Cover. Also surviving are several nieces and nephews.

Mr. Dolan had served in the United States Navy and later was a Captain in the Baltimore Fire Department. After retiring, and moving to Ocean City, he was a member of St. Peter’s Lutheran Church. He was an avid sports fan and followed the University of Maryland Terrapins, Orioles and Ravens.

Cremation followed his death. Services will be announced at a later date. Interment will be in St. Peter’s Columbarium in Ocean City. 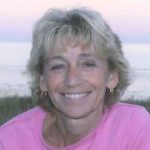 FRANKFORD — Peggy Zellman Welsh, age 66, of Frankford, Del., died Friday, March 12, 2021 at Atlantic General Hospital in Berlin. She was born in Bedford, Ky. and was the daughter of the late Clarence W. and the late Christine (Brix) Adams.

Peggy was Vice President of Calvin B. Taylor Bank before retiring.

A Celebration of Life will be held at a later date.

In lieu of flowers, donations in her memory may be made to the Richard A. Henson Cancer Institute at www.tidalhealth.org/about-us/donate.