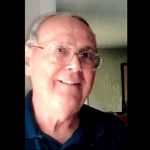 Born in Salisbury, he was the son of the late Calvin E. Smack, Sr. and Margaret Baker Smack. He is survived by his wife, Charlotte Murray Smack, and children, Dr. David Smack and his wife Eileen, Christopher Smack and his wife Melissa, Elizabeth Davis and her husband Tommy, and Michele Shaffer and her husband Bryan. There are six grandchildren, Abigail, Caleb and Cordrey Smack, Hannah and Thomas Davis and Nathan Shaffer. Also surviving is his brother Tom and his wife Angie, and several nieces and nephews. He was preceded in death by his brother, Calvin Smack, Jr.

A 1960 graduate of Stephen Decatur High School, he earned his associate’s degree, and taught briefly at the Vo-Tech School in Snow Hill. Later he worked as a waterman, and contracted electrical and plumbing work.

In his spare time, he enjoyed metal detecting and hunting for arrowheads, also crabbing, fishing and golfing. When he wasn’t outside, he dabbled in painting, carving, and photography.

A graveside service will be held on Saturday, Feb. 20 at 2 p.m. at Evergreen Cemetery near Berlin. Pastor John Oltman will officiate. Masks and social distancing will be mandatory. A donation in his memory may be made to the Worcester County Humane Society, P.O. Box 48, Berlin, Md. 21811, or Coastal Hospice, P.O. Box 1733, Salisbury, Md. 21804. Letters of condolence may be sent via: www.burbagefuneralhome.com