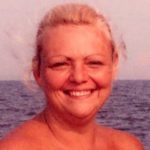 Born in Baltimore City, she was the daughter of the late Frank and Alberta (Frapp) Zentz. She is survived by her husband, Donald Messina, and his children, Don, Jr., Deborah, Tina, and Dawn.

Deborah had worked for 30 years as a social worker for the State of Maryland. After retiring, she and her husband lived out their dream of traveling. They visited Disney World every year for 25 years and cruised the Caribbean and Hawaii many times over. She also had a unique hobby of reading palms which had been taught to her as a young girl by her aunt. She had quite a following, going by the name, “Princess Deborah”. An Episcopalian, she and her husband attended Holy Trinity Episcopal Church near Berlin.

Cremation followed her death. A celebration of life will be announced at a later date. A donation in her memory may be made to Worcester County Humane Society, P.O. Box 48, Berlin, Md. 21811. Letters of condolence may be sent via: www.burbagefuneralhome.com . 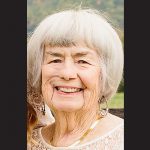 Born in Rockville Center, N.Y., Dottie was the daughter of the late Vincent and Jo (Howell) Roith. She was preceded in death by her loving husband of 40 years, Richard Vander Clute, in 1993. Left to cherish her memory are her devoted son, Bruce Vander Clute and daughter-in-law Elaine of Ocean Pines, and her four loving grandchildren, Jeanne Vander Clute, Elizabeth Wist (and husband Marc) and Lauren and Lee Carlson. She was blessed with two great-grandchildren, Cullen and Quaid Wist. Dottie was preceded in death by her cherished daughter, Dawn Carlson, and is survived by her son-in-law, Jeff Carlson of Mattituck, N.Y. She leaves behind her dear brother, Vinny Roith of Aurora, Colo., and several nieces and nephews. Dottie was also preceded in death by her second husband, Dick Greenaway, and a long-time companion, Tom Scott.

Dottie was active in the Ocean Pines community for more than 30 years. She played tennis, golf, and pickleball and loved gardening, knitting and traveling. She was a member of the Worcester County Garden Club, the Assateague Questers, the Red Hat Society, and the Philanthropic Educational Organization (PEO). Perhaps most of all, Dottie enjoyed spending time and sharing a glass of wine with family and her many dear friends.

A private graveside service will be held at Arlington National Cemetery.

Arrangements are in the care of The Burbage Funeral Home. Donations may be made in Dottie’s name to the Worcester County Garden Club, the Assateague Questers or the local chapter of the PEO. More information and condolences may be sent on www.burbagefuneralhome.com 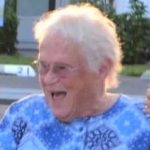 Lovingly known as GG, Nancy was born on Jan. 28, 1930 in Lexington, Ky. to George and Virginia Mitchell. She married Myron Beser in 1949 and moved to Maryland soon after. They raised two sons, Kenneth and Michael Beser. Nancy retired from Bell Atlantic/Verizon after many years of service and lived in Ocean City for over 60 years. Nancy was passionate about her family, friends, dogs, church, and volunteering in her community. She is known for her kind heart, infections smile and fierce independence.

Funeral services will be held at the Fenwick Island Baptist Church at a later date to be announced by the family. 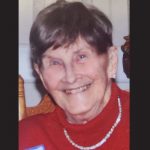 She is survived by her son, Glen Stevenson of Murphy, N.C., and nephew, Jason Mumford of Newark. Other surviving relatives include Mark Elliott, Gale Perkins and Linda Elliott.

Julie loved people and everyone loved her warm and friendly personality. She was a successful businesswoman in Wilmington, Del. Florida and Murphy, N.C.

She graduated from Ocean City High School in 1954. Her class of 23 students was the last graduating class of the school before it became City Hall.

No services are planned. In lieu of flowers, donations can be made in her memory to Bell View United Methodist Church, 247 Moccasin Creek Road, Murphy, N.C. 28906.

She was born Nov. 12, 1923 in Richmond, Vt. to Clayton and Cordelia (Charland) Pecor, the third of seven children. She is survived by one sister, Connie Lizear. She was predeceased by her loving husband, Russell Ogden, and son Ralph as well as grandson Edward McMullin. She leaves behind daughter Barbara Johnson and sons James Germaine (Rosanne) and Stephen Rounds (Becky); 13 grandchildren; 32 great-grandchildren; and 39 great-great grandchildren.

She is also survived by caregivers Jay Morgan and Michael Dunton and her beloved canine friends Lady and Prince.

As the matriarch of a large and lively family, Marjorie was known for her feisty spirit and for her strength. Margie was a fighter to the end; she will be missed and remembered by all who knew her. A celebration of life is planned for the spring in New York. 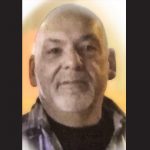 He is survived by his daughter, Michelle Humphress and husband Ron, and grandchildren Jarrett and Macey; a stepson Steve Hentschel and wife Sandy; and sister Cathy Miller from Michigan. Marty was preceded in death by a son, Jason Miller.

Marty was a member of the Elks for 43 years and a Life Member. She was Past Exalted Ruler Salisbury Elks Lodge #817, Past District Deputy Grand Exalted Ruler Southeast District, Past State President Maryland, Delaware and District of Columbia Elks Association, Past Grand Lodge Committee Member. During his tenure on the Americanism Committee for the Grand Lodge, he rewrote the Americanism manual, which is still used by all lodges today. He was a member of SAL American Legion Post 123 Berlin and had also been a member of Lions Club in Berlin.

He had been in construction since moving to Ocean City in 1974 and his work can be seen all over the local area. Marty loved baking, especially cookies, and sharing with others. He was great with his hands, even though they weren’t the best he would make it work and help anyone that needed something done. 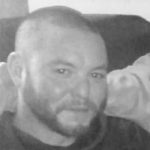 Born in New London, raised in Milford, Ryan worked, played, loved life and enjoyed the company of his many great friends and family. He spent five years in Ocean City, working at Wood Creek Country Club as assistant superintendent, making many new friends, before returning to Milford, where he would be closer to his family, friends, Fenway Park, MetLife Stadium and Long Island Sound.

Smart, funny, outgoing, charming and personable, Ryan will be lovingly remembered and dearly missed until we’re all reunited again in paradise.

Services will be held at a later date. In lieu of flowers, memorial contributions may be made to St. Jude’s Childrens Hospital or Drug Free Kids or a charity of choice. The family is being compassionately cared for by the staff at Cody-White Funeral Home 107 Broad Street, Milford, Conn. 06460. To leave online

BERLIN — G. Kenneth Wilson, age 83, passed away on Jan. 25, peacefully at home with his family by his side. 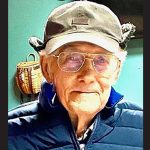 Born in Philadelphia, he was the son of the late George Gautier Wilson and Florence Lee Wilson-Ziegler. He was preceded in death by his beloved wife of 63 years, Norma Maria Mosburger-Wilson. Surviving, are his children, Lauralee Purnell and her husband Troy, Robin Kendall and her husband Ross, and Marlena Bakke. There are six grandchildren and four great-grandchildren.

Kenneth was a faithful husband, loving father and grandfather always involved in his children’s lives. Important to him was keeping all family connected. Truly enjoyed his good friends, sharing a “happy hour” Yuengling and oysters. He loved walking the boards. Surf Avenue was a stop always; where he met the love of his life, while working his beach stand in the 50’s. Being in, on or by the water was always his happy destination, from early school in Laguna Beach, Calif. to Ocean City to a retirement home in Naples, Fla. He was a member of St. Peter’s Lutheran Church in Ocean City and an active member of Ocean City Optimist Club. He gave us the seeds of faith in Christ, the love of family ties, to always enjoy the ocean and remember to have a beer with close friends. Leaving a blessed family behind as he now enjoys a full life in eternity.

Cremation followed his death. A celebration of life will be announced at a later date. A donation in his memory may be made to: Diakonia, 12747 Old Bridge Rd. Ocean City, Md. 21842. Letters of condolence may be sent via: www.burbagefuneralhome.com . Arrangements are in the care of the Burbage Funeral Home in Berlin. 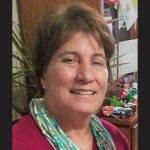 Janet had an unwavering faith in God that remained steadfast until the very end. She was a dedicated member of St. Luke Catholic Church, St. Peter’s Choir and Bell Choir. Janet also volunteered in the Open Kettle and for St. Luke’s Caregivers.

In the fire department, Janet had a very distinguished career as a leader, mentor and caregiver. Janet became a member of the Mount Rainier Volunteer Fire Department at age 24, where she eventually served as a lieutenant as well as a lifetime member of the Ocean City Volunteer Fire Company. She was the vice chair of the Maryland State Fireman’s Association Safety Committee and a Maryland First Responder Charter Member. Janet received many awards during her fire career including the Distinguished Service Award from the Ocean City Volunteer Fire Company.

Janet loved children with her whole heart and spent many years at home providing childcare to neighbors and close relatives. She was very active in her children’s schooling and was recognized and awarded Outstanding Parent of the Year from Mount Rainier Elementary School. Janet also had a great passion for photography and traveling with her husband. Her heart was happiest at the beach near the water, which is where she remained, until her passing into the next life.

A Mass of Christian Burial will be held at noon on Saturday, January 30 at St. Luke Catholic Church in Ocean City with Father Paul Jennings officiating.