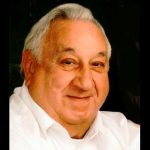 Born in Scranton, Pa., he was the son of the late Anthony Robert Ferrese, Sr., and Rose Cerra Ferrese. He was preceded in death by his wife, Norma May Shockley Ferrese, in 2020. He is survived by his children, Robert A. Ferrese (Shelley), of Summerville, S.C., Deborah Ann House (Dwight) of Middletown, Md., Carol Linton (George “Fuzzy”) of Myersville, Md., and Victoria Ferrese “Vicky” of Millsboro, Del. There are 10 grandchildren and 19 great-grandchildren. Also surviving is a brother, Fred Ferrese (Ruth) of Hickory, N.C., and sister-in-law, Alice Amos. There are numerous nieces and nephews, including a very special niece, Rosemary Britton of Elkton, Md. He also leaves his beloved pets, Roxie and Petey.

Mr. Ferrese had been a factory worker with Chrysler Automotive in Elkton and had been a service manager for Hoover Vacuum Cleaner Company. He was an Army Veteran, serving in Korea. He was a sports enthusiast and had been a star athlete. Tony always had a joke to make people laugh. He was loved by all who knew him.

A mass of Christian Burial was held on Friday, Jan. 8 at St. John Neumann Catholic Church in Berlin. Interment was on Monday, Jan. 11 in Bethel Cemetery in Chesapeake City, Md. In lieu of flowers, a donation in his memory may be made to: Wounded Warriers, P.O. Box 7585517m, Topeka, Kan., or the American Cancer Society, 1315 Mt. Hermon Rd., Salisbury, Md. 21804. Letters of condolence may be sent via www.burbagefuneralhome.com. Arrangements are in the care of the Burbage Funeral Home in Berlin. 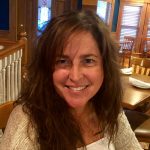 She was born on July 31, 1966 in Baltimore. In 1989, she moved to the Eastern Shore and became a cherished member of her beloved community. Owning several salons, Mindy was passionate about her work and her clients.

She was a devoted mother to her children, Damian and Alora Lockhart, beloved daughter of Marty Quinn, cherished sister to Erin Cerf and John Quinn, and life-long soul sister to Michelle Flayhart and Carol Hallinan. She will be missed by her family, countless friends and her spiritual community.

A Celebration of Life will be announced at a later date. Arrangements are in the care of The Burbage Funeral Home. Condolences may be sent to the family via www.burbagefuneralhome.com. 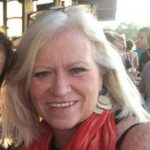 She was born Oct. 10, 1955 in Levittown, Pa. to Milton and Mary Heuberger. Lisa graduated from York Catholic High School in 1973 and from York College in 1977. After college, she met the love of her life Michael Allen Uffelman. They married in Annapolis on Sept. 11, 1982.
For many years Lisa worked as a real estate agent in York, Pa. with Ed Saxe Real Estate and then with Century 21. She was a very caring person and found her calling working for Visiting Angels in York, Pa. Lisa also loved the beach and moved from York, Pa. to Ocean Pines, Md. in 2011. Because of her devotion to helping people, she went to work for Home Instead Senior Care.
Lisa also had a soft spot for animals, especially dogs. Her dogs Katie and Ellie May Clampett filled her life with much happiness and contentment. She had a great sense of humor and would pull pranks on many of her friends. Lisa was so full of the loving grace of friendship. A friend to all, with a memory for keen detail that could span 50 some years. She knew all and remembered all and would lavish us with fond memories, long ago forgotten by most but not by our dear Lisa. Her laugh was infectious, no one could laugh like her or make you laugh like her.

Lisa is predeceased by her parents, Milton and Mary Heuberger, and her brother, Carl Heuberger. She is survived by her loving husband, Michael Uffelman; sisters Tina Lowry of Smyrna, Del. and Candy Nusbaum and husband Bruce of Millersville, Pa.; and many nieces and nephews.
Donations can be made in Lisa’s honor to the Worcester County Humane Society, P.O. Box 48, Berlin, Md. 21811 or Online: https:/lworcestercountyhumanesociety.org
Arrangements are in the care of The Burbage Funeral Home. Condolences may be sent to the family via www.burbagefuneralhome.com. 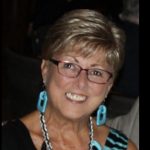 OCEAN PINES — Joyce Nesbit age 73, passed away peacefully on Saturday, Jan. 9, 2021 with her loving family at her home in Ocean Pines.

Joyce married her best friend and the love of her life (Buddy Nesbit) on Aug. 3, 1968. She attended Northwestern High School in Hyattsville, Md. followed by working in Admissions at University of Maryland-College Park. After moving to Cary, N.C., Joyce worked for a financial planner and in her spare time, began collecting and then selling Longaberger baskets.

Upon the retirement of her husband Buddy, she moved to Ocean Pines, where she joined many different clubs and programs making many great friends over the years. While living in Ocean Pines, she worked at the Crazy Ladyz clothing boutique and continued to make friends with the store clients. Her favorite activities included traveling, boating, crafting, beaches and palm trees, and gatherings with friends and family. She enjoyed spending time with her grandchildren at “grammy camp”.

In lieu of flowers, donations can be made in memory of Joyce to Coastal Hospice, PO Box 1733, Salisbury Md. 21802 is appreciated. Arrangements are in the care of The Burbage Funeral Home. Condolences may be sent to the family via www.burbagefuneralhome.com. 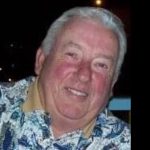 Jim grew up in Parkville Md. and married his high school sweet heart, Kathy Swagler. They were married for 54 years. He was the beloved father of Jim Swagler IV (spouse Kelly Zajdel Swagler) of Pittsville and Kara Yoder (spouse Lee Yoder) of Long Green, Md. He was the adoring grandfather of Katrina Leigh Yoder and Karli Noelle Yoder. Jim was passionate about fishing and racing. He was the Area 12 Director of the Maryland Charterboat Assoc Atlantic, licensed charter boat Captain in the Chesapeake Bay and Atlantic Ocean. He raced his drag cars up and down the East Coast, was a member of NHRA, IHRA, Mason Dixon Classic Chevy’s, OC Cruzers, and DelMarVa Late Greats. He was partner in the boat repair business Jim’s Marine in Ocean City. He will be dearly missed by his family and friends. In lieu of flowers, please make a donation in his memory to The Kidney Project, UCSF Foundation, P.O. Box 45339, San Francisco, Calif. 94145-0339 or https://pharm.ucsf.edu/kidney 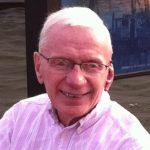 Mr. Tyndall graduated in 1948 from Buckingham High School in Berlin and went on to earn his Master’s Degree in education from Salisbury Normal School, now Salisbury University. For most of Howard’s life, he was a teacher in the Baltimore County, Indian River and Worcester County school systems. Howard was a US Army Veteran during the Korean Conflict.

Howard is survived by his brother, William Frederick Tyndall (Barbara) of Conway, S.C.; nieces Saundra Goff (Gary) of Lusby, Md. and Deborah Downey (Keith) of Salisbury; and nephews Jay Tyndall (Theresa) and Michael Tyndall (Joanne), both of Ocean Pines. He is also survived by several very special friends who he considered family.

In addition to his parents, Howard was preceded in death by his sister, Betty Mae Palmer.

A private graveside service will be held at Sunset Memorial Park in Berlin. In lieu of flowers donations may be made in his memory to the Berlin Public Library, 13 Harrison Avenue, Berlin, Md. 21811. 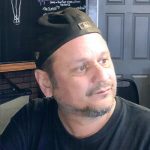 Born on Dec. 24, 1968 in Minneapolis, Minn., he was the son of Albert Edward Stawinski and Judith “Judy” Bisi.

Brian was an avid fan of the Baltimore Ravens, Orioles and Atlanta Braves. He enjoyed skateboarding, billiards and bowling. He enjoyed his furry feline friends, especially Shorty.

Interment will be private. A memorial service will be conducted at a later date in Dundalk. Please share memories and condolences with the family at www.hollowayfh.com.