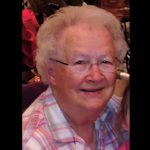 Mrs. Workman had been employed by the Town of Ocean City, Public Works Division. She was a member of the Holly Chapter Order of the Eastern Star, and an avid reader. She also enjoyed jigsaw puzzles and playing bingo.

A graveside service was held in Evergreen Cemetery in Berlin. In lieu of flowers, those who want to remember Alice in a special way, may make a donation to the Berlin Fire Company EMS Department, 214 N. Main St., Berlin, Md. 21811. Letters of condolence may be sent via www.burbagefuneralhome.com. Arrangements are in the care of the Burbage Funeral Home in Berlin. 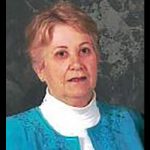 Born in Salisbury, she was the daughter of the late Owen F. Mumford and Frances Elliott Mumford. She is survived by her husband, J.D. Quillin, and children, Jeffrey B Quillin of Bishopville and daughter Courtney L. Hurley of Pittsville. There are three grandchildren, Justin Pusey and Megan and Emily Hurley. Also surviving is a brother, Jeff Mumford, wife Marsha and their son Stephan of Ocean City.

Mrs. Quillin was a graduate of Washington College and had been part owner/operator of the Satellite Motel, Surf and Sands, and the French Quarter. In her spare time, she raised parrots and was happiest when she was at home with her birds.

A graveside service was held in Evergreen Cemetery near Berlin with Rev. Olin Shockley officiating. A donation in her memory may be made to Atlantic United Methodist Church, 105 4th St., Ocean City, Md. 21842. Letters of condolence may be sent via www.burbagefuneralhome.com. 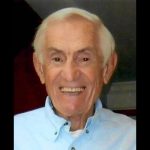 He was born in Uniontown, Pa. He was the son of the late Albert Michael Rusko and Christine (Genovese) Rusko. Paul is survived by his loving wife, Barbara (Ratcliffe) Rusko; his daughters, Elizabeth Werner and her husband Tony and Paula Navratil and her husband Joe; and his son, Peter Rusko and his wife Tiffany. He is survived by grandchildren Jason Werner (Betsy), Kayleigh Scharff (Adam), Jordan Pezzini (Sean), Grace Stanley (Chase), Jack Navratil, Russell Rusko and Logan Edward as well as three great-grandchildren and one expected in the next few weeks.

He was a fanatical sports enthusiast. He served as a teacher, coach and athletic administrator, spanning his 33-year career. Paul was a former Coordinator of Physical Education and Athletics for Anne Arundel County Public Schools. Prior to his educational journey, he served proudly in the United States Army receiving an Honorable Discharge. He was heavily involved in sports throughout his entire life in Severna Park, Md. Paul started the wrestling program at Severna Park High School.

Wrestling was his passion. He wrestled and played football for Uniontown High School in Uniontown, Pa. and Lock Haven State Teacher’s College in Lock Haven, Pa. Paul was inducted into the National Wrestling Hall of Fame. He received the Lifetime Achievement Award for Wrestling and numerous commendations for his involvement in the sport of wrestling. Paul was the long-time chairman for the Maryland State Wrestling Tournament and was the Wrestling Rules Interpreter for the State of Maryland. He was actively involved in the Maryland State Track and Field Tournament. He was an avid tennis player, literally playing five days a week, no matter the weather, until the end. Those that played tennis knew that Paul was a fierce competitor on the court but a true friend off the court. Paul exercised everyday and loved the outdoors.

He and his loving wife, Barbara of 63 years, enjoyed traveling widely within the United States and throughout the world. Paul loved the beach, especially Ocean City and Assateague Island where they were volunteer Park Rangers. They explored almost every inch of Assateague. Paul loved horses, serving as a trainer at the racetracks in West Virginia and visiting Ocean Downs to watch the Trotters. He was a dedicated Ravens and Orioles fan.

Paul was a devoted family man, role model, and inspiration to all who knew him. He enjoyed spending time with family whether it was a taking a walk, sitting on the beach, playing with the children, or even a friendly game of tennis or racquetball. Paul was a man of true integrity and character. He instilled these traits not only in his family, but those who had the privilege and honor of knowing him. He will be sorely missed, as he was a true force and inspiration in his family and circle of friends. There is no other role model greater than Paul Lawrence Rusko. He lived life deliberately and with purpose being the best husband, father, grandfather, great grandfather, brother, uncle and true friend.

Internment arrangements are private and in the care of the Burbage Funeral Home. If you like, you can make a donation in Paul’s honor The Community Church of Ocean Pines, 11227 Racetrack Road, Berlin, Md. 21811 or Assateague Alliance, 7206 National Seashore Lane, Berlin, Md. 21811. Condolences may be sent to the family via: www.burbagefuneralhome.com. 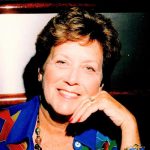 Born in Berlin, she was the daughter of the late William S. Hudson and Elizabeth Hastings Hudson. She was preceded in death by her former husband and father of her children, William Brown. Also preceding her in death was her longtime companion, Clyde Powell.

Mrs. Brown was in the first graduating class of Stephen Decatur High School in 1955. She was a lifetime member of the Buckingham Presbyterian Church in Berlin, and was on the Board of Sunset Memorial Park. Mrs. Brown was a devoted mother, and her greatest joy was spending time with her children and grandchildren. She also enjoyed lunches with her long-time classmates.

A graveside service will be private for the family In lieu of flowers donations may be made to Buckingham Presbyterian Church 20 South Main Street Berlin, Md. 21811. Letters of condolence may be sent to the family via www.burbagefuneralhome.com.

OCEAN CITY — Come with me, God saw you getting tired, so he put his arms around you and whispered, “come with me.” 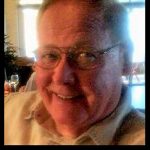 On Dec. 22, 2020, Dallas George Baker Sr. passed away peacefully at home, surrounded by his family.

Along with his brother James Baker IV and family, Dallas grew up in Glen Burnie, Md. He was an active Alumni Member of Glen Burnie High School Class of 1962. He was very proud of the fact he attended every class reunion over the last 50 years. Dallas was also very proud of his military service; he loved his country and his family.

Dallas had such a big personality, a kind, gentle giant with an infectious smile and a wicked sense of humor.

More recently, Dallas retired and lived in Ocean City. He continued to spread his joy for life and people. He belonged to the American Legion Synepuxent, Post 166, and the Ocean City Senior Bowling League, where last year he bowled a 256 game.

Dallas also volunteered at Atlantic General Hospital as a greeter. He could be seen talking, welcoming and giving comfort to many with a smile on his face and a coffee in his hand.

Services were held at the Maryland State Veterans Cemetery in Hurlock. In lieu of flowers, Dallas requested that donations be made to one of his favorite charities, tunnel2towers.org, which benefits veterans and first responders’ families.

Condolences or your favorite memory can be posted for the family via www.burbagefuneralhome.com. 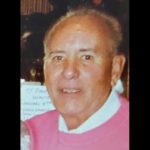 He was born in Baltimore and was the son of the late Frank and Florence (Council) Rice.

He retired from the Plumbers and Steamfitters Local #486. He was a member of St. Luke Catholic Church, Knights of Columbus, Ocean City Elks Lodge, Moose Lodge, VFW and the Marine Corps League. He was also a U.S. Marine Corps veteran.

He is survived by his wife, Eva Rice of Selbyville; two children, Kelly and Eric; a brother, Andrew Land; and two grandchildren, Joseph and Melaina.

Services were held at St. Luke Catholic Church in Ocean City with Father Paul Jennings officiating. In lieu of flowers, donations in his name may be made to Wounded Warrior Project, P.O. Box 758516, Topeka, Kansas 66675 (woundedwarriorproject.org).

Condolences may be sent by visiting www.bishophastingsfh.com,