Born November 6, 1941 in Newark, N.J., Roberta was raised in both New Jersey and Florida. She was a 20-year resident of Brookeville, Md. After enjoying a 20-year retirement in Ocean Pines she and husband John T. Roeder returned to the Olney area in early 2019 to be closer to family.

Roberta was an avid quilter and was an active member of the Quilters by the Sea Guild of Ocean Pines. She enjoyed quilting items for her children, grandchildren, and great-grandchildren. She served the Ocean City Lioness Club as president, receiving the Melvin Jones Fellowship Award for her dedication to humanitarian service.

Roberta was proud of her Irish roots in County Mayo, Ireland and truly embodied the Irish Spirit. 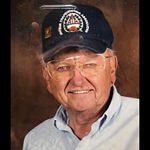 Born in St. Louis, Mo. he was the son of the late Joseph and Agnes Cocran Janson. He is survived by his wife, Katherine Janson and children, Stephen Janson and his wife Pixie of Ocean City, Daniel Janson also of Ocean City and Thomas Janson and his wife Stacy of Whaleyville. There are seven grandchildren, Stephen Jr, Bradley, Ethan, Matthew, Katherine, Jasmine and Elizabeth Janson. Also surviving is a niece, Kathleen Chenmen, and nephews Michael and Robert Parugine. He was preceded in death by his sister, Sheila Parugine.

Tom had been owner/operator of Ponzetti’s Pizza with locations in Salisbury, Ocean City and Seaford. He attended Holy Savior Catholic Church, and was a member of the Sinepuxent Rod and Gun Club, the ATA, NRA and the Knights of Columbus.

A mass of Christian Burial was held on Wednesday, Dec. 9 at Holy Savior Catholic Church, 17th Street and Philadelphia Ave in Ocean City. Rev. John Solomon officiated. Interment followed in Sunset Memorial Park near Berlin. A donation in his memory may be made to Holy Savior Catholic Church, 1700 Philadelphia Ave, Ocean City, Md. 21842. Letters of condolence may be sent via: www.burbagefuneralhome.com  Arrangements are in the care of the Burbage Funeral Home in Berlin. 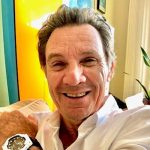 The world lost a great man this week. Our community lost a great friend. A loving husband to Linda; proud mentor to his Godson, Thomas; a Navy veteran; a fierce protector of the environment and the ocean, which he loved; expert on all things surf related; and, above all else, the perfect example of the meaning of “stoke “and boundless “ALOHA”. Randy brought so much love to our community but his legacy and people he touched reached far beyond. The joy he brought to all he knew, his energy, humor and heart will be missed.

Randy is survived by his wife of 35 years, Linda P. Myer; his sister, Holly Myer Rossey; aunts, uncles, nieces, and nephews; as well as, many close friends.

In addition, a Sunrise Celebration of Life and a Memorial Paddle Out is tentatively scheduled for June 12 at the Assateague State Park.

As many of you know, Randy has mentored his Godson, Thomas Lee, who he dearly loved.  In lieu of flowers, donations may be made to Linda Myer FBO the Thomas Lee Education Fund P.O. Box 371, Royal Oak, Md. 21662.

To leave condolences and to sign the online guestbook, please visit www.fhnfuneralhome.com. 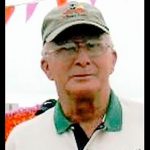 Henry attended Cambridge High School and served in the United States Army. He later moved to Ocean City, where he operated the Hobie Cat Sailing School and Rentals on 33rd Street. He attended Atlantic United Methodist Church and was a member of the American Legion Sinepuxent Post #166. He was an avid motorcyclist, attending many rallies. He was a well-known and respected sailor in the Ocean City area. Not known to many, he was partially responsible for persuading the movie company to film “Violets are Blue” in Ocean City in the mid 70’s.

Cremation followed his death. A celebration of life will be announced in the spring of 2021. A donation in his memory may be made to: www.worcestercountyhumanesociety.org . Letters of condolence may be sent via: www.burbagefuneralhome.com . Arrangements are in the care of the Burbage Funeral Home in Berlin. 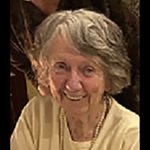 Born in Brooklyn, N.Y., she was the daughter of the late Frank and Catherine Lee Smith. She was preceded in death by her husband, Gennaro (Jerry). Surviving are her children, Dominick Vezza and his wife Marie of Stoney Point, N.Y., Cathy Vezza of Columbia, Pa. and Elena Vezza of Ocean Pines.

Mrs. Vezza received her degree from Notre Dame College of Staten Island, N.Y. and was employed as a school teacher. For 30 years she taught in Old Tappan, N.J. while living in Harrington Park, N.J. She and Jerry traveled widely. She also enjoyed reading and golf, but most of all spending time with her family and friends. An active member of the local Questor group, she also enjoyed her Red Hat outings.

A funeral service for the family will be held on Saturday, Dec. 12 at 11 a.m. at the Burbage Funeral Home in Berlin. Interment at Holy Cross Cemetery in New York will be at a later date. A donation in her memory may be made to the Berlin Library, 13 Harrison Ave., Berlin, Md. 21811. Letters of condolence may be sent via:  www.burbagefuneralhome.com.