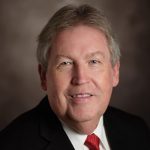 Ken graduated from James M. Bennett High School in 1976 and the University of Maryland Eastern Shore in 1980. He was admitted to the Maryland Bar in 1983 after graduating from the University of Baltimore School of Law. He had practiced in Salisbury since 1984 and most recently was an equity shareholder in Hearne & Bailey, P.A., which he joined in 2002.

Ken (known by many as “Kenny”) was passionate about music. In addition to church services, he played the drums for several music groups throughout the 1970s, including the Smitty Gatlin Trio, the Eastman Quartet and the Singing Prouses. He also loved to play golf, travel and spend time with family and friends. He was a member of Cross Pointe Church of the Nazarene and in recent years attended Emmanuel Wesleyan Church.

Ken is survived by his loving wife, Jeannine, of Whaleyville; two daughters, Brandy Grahn and her husband Adam of Hagerstown and Bethany Hooper of Salisbury; and grand-daughter Heidi Jane Grahn. His children and grand-daughter were his pride and joy.

In addition to his parents, he was preceded in death by his sister, Ruby Hooper Morris, and father-in-law, Billie T.J. Tull.

Known for his tenacity, humor and unwavering commitment to family, Ken will be dearly missed. The family would also like to thank the staff at TidalHealth Peninsula Regional for the wonderful care they provided.

A funeral service will be held on Friday Dec. 4, 2020 at 11 a.m. at Emmanuel Wesleyan Church, 217 Beaglin Park Drive, Salisbury, Md. 21804. Visitation was held on Thursday, Dec. 3 from 6-8 pm at Emmanuel Wesleyan and again one hour prior to the Friday service. Interment will follow at Wicomico Memorial Park. Rev. Mark Bunting and Rev. Joel Bieler will be officiating. Friends and family are required to wear masks and practice social distancing. 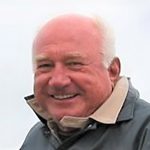 Born in Selbyville, Del., he was the son of Eugene Rayne Parker and Louise Morris Parker Burbage. He is survived by many dear friends and relatives including his Aunt Eileen M Powell and many cousins including Mitchell Montalvo Parker and his wife Nancy and their two children, Mitchell Rayne Parker and Olivia Calcutt Parker who knew Gene as “Pop Pop”.

After growing up in Selbyville, Del. and Berlin, he enlisted in the Air Force and served four years. Gene returned to Ocean City and began a lifelong career in real estate sales and development. Recognizing the yet unfulfilled demand for the secondary home market, he was instrumental in the development and construction of many of Ocean City’s first townhouse and condominium projects. He purchased Frontier Town in 1969 and saw it evolve into one of the premier family camping and amusement resorts in the country. Always looking for ways to channel his creative energy, he ventured into the bar and restaurant business by building “BJ’s on the Water” in 1979. Gene recognized the untapped potential for real estate development outside of Ocean City and he developed communities such as “Saddle Creek”, “Stray Fox” and “Sea Strand” among many others.

Gene had a lifelong love for tennis which not only resulted in his playing for decades, but also in the growth of local youth tennis. He built an indoor/outdoor tennis facility in West Ocean City so that local youth could take lessons and train. Searching for artifacts was also a passion for Gene. He loved to comb the shores of the Chincoteague Bay looking for pottery, arrowheads, coins and anything else of historical value. Gene loved trees, especially magnolia and bald cypress trees. From his small greenhouse, he germinated and raised thousands of trees. He would then plant or donate his seedlings so they would bring color and beauty throughout Worcester County for generations to come.

Gene will be missed by his countless friends and relatives. A Celebration of Life Service will be announced by the family at a later date. In lieu of flowers, donations may be made to the Baker & Parker Stephen Decatur Scholarship Fund at the Community Foundation of the Eastern Shore, Inc., 1324 Belmont Ave., Ste. 401, Salisbury Md. 21804.