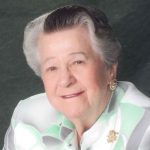 She was born on Feb. 4, 1928 in Baltimore and was the daughter of the late Richard and Agnes (Ehart) Klima. She resided in Ocean City most of her life, Marco Island, Fla., and most recently in Mystic Harbour in Berlin.

She is survived by her best friend and devoted daughter, Kimberly Lit Hudson and husband Chris of Ocean City; two stepdaughters, Jerri Lit Sunstrom of Glen Burnie and Nina Lit Nozemack of Lutherville; and two grandchildren, Blair Donahue of San Francisco, Calif. and Brian Hudson and wife, Allison, of Gainesville, Fla. She also leaves behind her loving step-grandchildren and nieces and nephews.

A Mass of Christian burial was held at 9:30 am on Monday, Nov. 23 at Holy Savior Catholic Church in Ocean City. Burial was in the Maryland Veterans Cemetery in Hurlock. 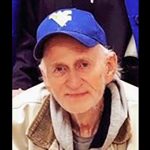 Dick was a graduate of Stephen Decatur High School Class of 1961. He attended William and Mary College in Williamsburg, Va. and was a graduate of the University of Maryland at College Park. He was a Physical Education teacher at Stephen Decatur High School and coached all Junior and Senior Varsity Sports. He then became an assistant basketball coach at Salisbury University working with Ward Lambert for several years. In later years, he coached his grandchildren and was an assistant coach for the Salisbury School girls’ basketball team.

Dick worked for many years as a funeral director and mortician at The Burbage Funeral Home in Berlin. He also worked at an investment company in Florida with his son, James. He was a member of the Berlin Lions Club and Ocean City Jaycees. Throughout his life he enjoyed all sports, playing in baseball, softball, and basketball leagues, wrestling in college, and in later life working out at the gym.

A funeral service was held on Monday, Nov. 23 at 1 p.m. at St. Paul’s Episcopal Church in Berlin. Rev. Michael Moyer officiated. Interment was private for the family in the Burbage family cemetery. In lieu of flowers, a donation in his memory may be made to the Stephen Decatur High School Alumni Association, (memo) Athletics Department, c/o Lou Taylor 12329 Vivian St., Bishopville, Md. 21813. Letters of condolence may be sent via www.burbagefuneralhome.com . Please remember face masks and social distancing will be required. Due to COVID-19 restrictions, seating is limited. Arrangements are in the care of the Burbage Funeral Home in Berlin. 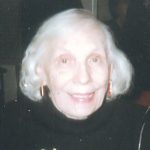 Emma May was the daughter of Emma Sophia Ramming and Frederick Adreon Andrews and was born on March 30, 1924 in Baltimore. She was a 1942 graduate of The Girls Vocational School while specializing in Needle Trades and gaining the admiration of her classmates. She maintained this passion for sewing throughout her life as she became an expert seamstress crafting everything from uniforms for the armed services to the finest needlepoint handkerchief.

In her youth, Emma May was an accomplished athlete helping lead her softball team to the championship game. She was a formidable opponent on the croquet pitch and miniature golf course, avid fan of professional golf, aficionado of word search puzzles, and enthusiastic dog lover (especially Lucky).

Emma May was also a master baker who annually graced her friends and family with tins of her amazing holiday cookies. Emma May held a strong faith throughout her life and was an energetic, caring contributor to her congregations at St. Matthew’s Lutheran Church (now United Church of Christ) in Baltimore where she had eight consecutive years of Sunday School attendance, and at St. Philips Lutheran Church of the Deaf (now Christ the King Deaf Church) in Philadelphia where she served as treasurer of the Lutheran Ladies Aid. Her keen sense of humor was appreciated by her family and her group of close friends in the Philadelphia deaf community, who shared many adventures and celebrated life milestones with her. In her later years, she enjoyed her active membership in the Widows and Widowers Club of Ocean Pines.

Emma May is survived by her loving and devoted sister Dorothy Andrews Sarter of Ocean Pines; her sister-in-law Marie Marco of Newark, Del.; and her 14 adoring nieces and nephews. She will remain forever in their hearts and her iron willpower is an inspiration to all who knew her. In addition to her parents, she was pre-deceased by her beloved husband, Eugene Marco of Jenkintown, Pa.; her step-father John J. Clancy of Baltimore; and her dear brothers Carroll Adreon Andrews and Clarence Elmer Andrews.

There will be a private family burial at Baltimore Cemetery on Wednesday, Dec. 2. In lieu of flowers, contributions in her memory can be made to the American Society for Deaf Children https://deafchildren.org/donate/ or Christ the King Deaf Church’s (West Chester, PA) human services program https://www.deafcanpa.org/online-donation/. 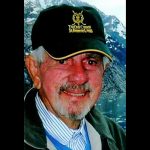 Gus graduated from Alleghany High School in 1941 and enlisted in the Army that fall. He served until October of 1946 and was later recalled in 1951 for the Korean War and served as an Aircraft Performance Engineer aboard B-36 airplanes. He separated in 1959 after 18 years of service as Strategic Air Command (SAC) Captain. He proudly served during WWII and the Korean War.

Involved with franchised Tastee Freeze, he built a chain of 52 restaurants in Delaware, Maryland and Virginia. He served as president and later chairman for four years in the Virginia Restaurant Association.

Active in civic affairs, he served as president of the Peter Derzis Chapter #436 of the Order of AHEPA in Washington D.C and founded the Constantine Anthony AHEPA Chapter #511 in Ocean City.

He founded and served as president of the Atlantic National Bank (later sold to BB&T) of Ocean City in 1974 and also served as chairman of their executive board for 22 years.

He was one of the founding members of the Ocean City Today newspaper. Constantine served many years with various church Parish Council’s and served twice as President at St. Katherines Greek Orthodox Church in Falls Church, Va. He also served twice as president of the parish council of St. George Greek Orthodox Church in Ocean City. He was appointed for two years to Governor William Donald Schaefer’s Judicial Selection committee. He received the highest non-clerical award of the Greek Orthodox Church when he became an Archon of the Ecumenical Patriarchate of Constantinople. He became a member of the leadership 100. He was fluent in Greek and English, he enjoyed boating, tennis, computers, amateur radio, coin collecting and photography.

A funeral service will be held on Friday, Nov. 27, 2020 at 11 a.m. at Saint George Greek Orthodox Church 8805 Coastal Highway in Ocean City. Rev. Chris Wallace and Rev. Dean Morales will officiate. Friends may call one hour prior to the service. Seating will be limited; facemasks and social distancing are required due to COVID-19 restrictions. Interment with military honors will follow in Sunset Memorial Park in Berlin.

Arrangements are in the care of the Burbage funeral home in Berlin. Letters of condolence may be sent to the family via www.burbagefuneralhome.com.