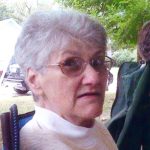 Born in Berlin, she was the daughter of the late Harris C Powell and Alpha Parsons Powell. She is survived by her husband of 53 years, Lynn E Haines; a son, David Lynn Haynes and his wife Deborah of Berlin; a daughter, Sheri Haines Wismer and her husband Ron Wismer of Newark, Del.; grandchildren Ryan and Jessica Womer, Brandon Womer and Jessica Womer; and great grandchildren Claire, Aubrey, Jade and Tucker.

Mrs. Haines had been an administrative assistant at Ocean Downs for 33 years, she was in the United States Army Signal Corps and had served military support for the Red Cross. She was an active member of the Taylorville United Methodist Church and had served as treasurer, women circle and church cemetery board. She had co-owned with her husband Haines Market in Taylorville for 18 years, she also opened Mrs. Norma’s daycare for many years.

A funeral service was held on Wednesday at 2 p.m. at the Burbage Funeral Home in Berlin, Reverend Walter Crocket officiated and interment was in Taylorville cemetery.

Donations may be made to the Taylorville United Methodist Church Cemetery Fund, 11252 Adkins Rd, Berlin, Md. 21811 or to Coastal Hospice, P.O. Box 1733, Salisbury, Md. 21804. Letters of condolence may be sent to the family via www.burbagefuneralhome.com 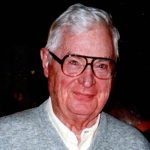 He was born on Jan. 1, 1925. Jim was the loving spouse of Pat for 72 years. He was the devoted father of Geralynn (John) Smyth, Mary Beth (Gary) Shaffer, Mark (Amy) Dembeck, Judi (Michael) Imlay and Greg (Susan) Dembeck.

A native of Baltimore City, Jim attended Patterson Park High School. At the request of his parents, he dropped out of high school after the 10th grade so that he could work and help pay bills. He went to work on the family farm in Glen Burnie. Education, however, was so important to Jim, that he worked on the farm by day, and attended night school at the Baltimore Polytechnic Institute, eventually earning his General Education Diploma in 1947. He went on to graduate from Maryland Institute and the University of Baltimore, School of Law (J.D. 1954).

Jim worked as the Zoning Administrator of Baltimore City where he was responsible for rewriting and enforcing the antiquated zoning codes for the city in the 1960s. In 1971, he was appointed Director of the Zoning Commission, where he directed the comprehensive zoning ordinance for Baltimore City which was enacted on April 20, 1971. He worked directly with the Zoning Commission President and the members of the City Council, city agencies, and numerous interest groups and individuals on all matters related to the enactment of the city-wide Zoning Ordinance. He played an instrumental role in the 1980s Inner Harbor project and served as Director until his retirement in 1987.

Jim retired to Ocean City where he lived with Pat for 26 years, before moving back to the Baltimore area and eventually into Charlestown in 2015. He loved the OC Boardwalk, crabbing, gardening, playing golf, coaching his children’s sports teams, and attending their many games. He was a member of the Knights of Columbus and was proud of becoming a fourth-degree Knight.

In addition to his wife and children, Jim is survived by 13 grandchildren and 15 great-grandchildren.

A memorial mass will be held at a later date.

In lieu of flowers, the family asks that donations be made to the University of Baltimore, School of Law.

She was born June 20, 1950 to Samuel Carpenter and Hazel Shupp Carpenter. She married in 1990 to Kevin Kirsch and worked as the Co-Owner of The Key Lock Smith Company.

Norma was a smart business woman, great homemaker, and a fantastic cook.

Celebration of Life services will be announced by the family at a later date. Check Burbage Funeral home web site for updates.

In lieu of flowers, donations can be sent to the Worcester County Humane Society     https://worcestercountyhumanesociety.org/ 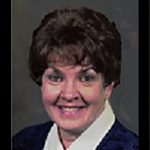 She is survived by her beloved husband of 39 years, Jerome Krause, and children Louis Reichart and his wife Lisa, David Krause and his wife Gina, Patricia Reichart, Kathy Reichart, Dianne Dvornicky and her husband Joseph, and Michele Brown and her husband Steve. There are nine grandchildren and six great-grandchildren. Preceding her in death was her son Stephen Reichart.

Angela was a graduate of IND (Baltimore) and had worked as an administrative assistant for Xerox before retiring in 1994. In 1997, she and Jerome moved to Ocean Pines, where shortly after, she began working for the Ocean City Chamber of Commerce which she greatly enjoyed. She was a member of St. John Neumann Catholic Church. In her spare time, she liked to go to the beach, loved crocheting, playing cards and Mahjong.

A mass of Christian Burial will be held on Nov. 23 at 11 a.m. at St. John Neumann Catholic Church near Ocean Pines. Rev. Edward Aigner will officiate. Friends may call from 2 until 4 p.m. on Sunday, Nov. 22, at the Burbage Funeral Home in Berlin. Interment will be in Maryland Eastern Shore Veteran’s Cemetery in Hurlock, Maryland. A donation in her memory may be made to St. Judes Children’s Research Hospital, 501 St. Jude’s Place, Memphis, Tenn., 38105. Letters of condolence may be sent via www.burbagefuneralhome.com.