OCEAN PINES — Sandra Joan Lange Fennelle was born Sept. 13, 1939 in Stamford, Conn. She attended all Stamford school through high school. After graduating from 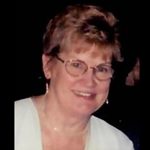 high school, she worked at Stamford Fidelity Bank. She ended her career as an office manager for the New Canaan Financial Firm.

Sandra is survived by her husband, Gerald, and two sons, Daniel and Donald. She has lived in Ocean Pines for the past 21 years. She volunteered at Atlantic General and was a member of a book club the Lioness Club, as well as the Republican Women’s Club.

A funeral service was held at the Burbage Funeral Home in Berlin on Monday, Nov. 9, 2020. The family received friends and visitors prior to the time of the funeral.

Arrangements are in the care of the Burbage Funeral Home and, condolences may be shared with the family via: www.burbagefuneralhome.com. 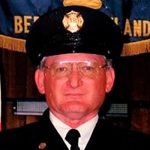 Born in Salisbury, he was the son of Herman W. Hickman, Sr. and the late Grace Hall Hickman. He is survived by his father; son, Jacob Hickman; brother, Dr. Wayne Hickman; and sister, Rev. Terry (Phil) Fort, all of Whaleyville. Also, surviving are his nieces, Heather (Cameron) McDonough and Erica Fort.

Herman was a graduate of Stephen Decatur High School class of 1971 and received his bachelor’s degree from the University of Maryland in 1975. Employed by the United States Postal Service, he worked as a mail carrier in the town of Berlin for over 30 years.  He was a gold badge member, past president and past treasurer of the Berlin Fire Company; past president of Worcester County Fire Association; and member of Whaleyville United Methodist Church. Herman was an avid baseball fan and coached his son and many kids in a variety of sports. In his spare time, he enjoyed hunting, fishing and watching Orioles baseball.

A viewing will be held on Friday Nov. 13 at the Burbage Funeral Home in Berlin from 6-8 p.m. Funeral services will be held at the Berlin Fire Hall on Saturday, Nov. 14 at 11 a.m. Friends may call one hour prior to the service (at the fire hall). Rev Dale Vroman will officiate. Interment will follow in Dale Cemetery in Whaleyville.

OCEAN PINES — Walter John Farozic, musician and longtime Worcester County resident, died after a long illness on Oct. 25, 2020, at the young age of 51. 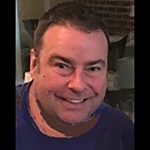 Walt was a devoted son, providing much help for his father after his mom, Olga Farozic, passed in 2014.  He was a loyal friend, lover of dogs and a practitioner/fan of the martial arts.

Walt loved to perform music with his trademark “acoustical insanity” making sure a good time was had by all at many establishments in and around Ocean City. His sense of humor and showmanship really lit up every venue. The monkey guarded the tip jar and his otter memes informed people of where he would be playing in a given week.

Walt’s passing should serve as a reminder that our time on earth is limited.  We never know when we will be called home; we should live every day with that in mind.

Walt’s funeral is scheduled for Nov. 21 at 11 a.m. at Holy Savior Catholic Church at 1705 Philadelphia Avenue, Ocean City, Md. Rev. John Klevence will officiate. All are welcome to attend. A donation in his memory may be made to the Worcester County Humane Society, P.O. Box 41, Berlin, Md. 21811, Letters of condolence may be sent via: www.burbagefuneralhome.com . Arrangements are in the care of the Burbage Funeral Home in Berlin