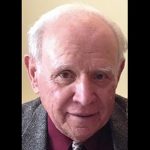 was the son of the late Francis and Mary Mazuk.

He was preceded in death by his wife of 60 years, Patricia H. Mazuk who died in 2017. He is survived by his daughters, Robin Miller and her husband Ronald of Lansdale, Pa., Linda Pavelick and her husband Edward of Dresher, Pa., and Diane Jerman of Chalfont, Pa., and grandchildren, Elias Jerman, Lydia Jerman, Edward Pavelick, Steven Pavelick, Rachael Pavelick, Joseph Pavelick and Chadd Miller. Also surviving are brothers, Francis Mazuk and his wife Betty of St. David, Pa., and Ronald Mazuk and his wife Carol, of Ft. Meyers, Fla. as well as several nieces and nephews. Preceding him in death was his grandson, Brett Miller, and his sister, Joan Lanagan.

Mr. Mazuk was a graduate of Germantown High School and served in the United States Air Force from 1950 to 1954. Later he settled in Doylestown, Pa. where he enjoyed taking care of his house, gardening, playing on bowling and tennis leagues, riding his motorcycle and raising his three daughters. He worked in sales for S.P.S. Technologies in Jenkintown, Pa. for 30 years and enjoyed traveling to East Hartford, Conn. to work with his biggest client, Pratt & Whitney. He retired in 1998 when he and Pat moved to a waterfront home in Ocean Pines. He was a member of Holy Savior Catholic Church, the American Legion Post# 166 Sinepuxent Lodge, and the men’s tennis league in Ocean Pines but mostly, he fished and enjoyed each day to the fullest.

Cremation followed his death. A graveside service will be held on Friday, Sept. 25, at 1 p.m. at the Maryland Eastern Shore Veterans Cemetery in Hurlock, Md. A donation in his memory may be made to a charity of your choice. Letters of condolence may be sent via: www.burbagefuneralhome.com. Arrangements are in the care of the Burbage Funeral Home in Berlin 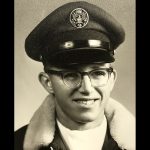 BERLIN — Marvin E. Smith, Jr., 75, of Berlin, passed away on Wednesday, July 29, 2020 at Atlantic General Hospital. Born in Salisbury, he was the son of the late Marvin E. and Margaret Smith.

Marvin is preceded in death by a brother, Ronald L. Smith, and longtime companion, Helen Ruth.

Marvin worked for Chris Craft, Wayne and Pump (Dresser), Morris Paper Co and in the construction business. Marvin served in the United States Air Force. He enjoyed old cars and his pets.

All services were private. 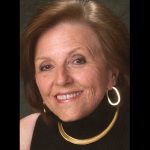 away at Atlantic General Hospital in Berlin.

Barbara was born in Brooklyn, N.Y. on Jan. 28, 1939 daughter of the late Salvatore and Doris (Jacobs) Musella. She served as a distinguished Realtor in Howard and Baltimore Counties prior to her retirement.

In addition to her parents, she was preceded in death by her two husbands, Edward Weitzel and John Ebersberger, her brother, Ralph, and a niece, Michalan. She is survived by her three siblings, Geraldine Airey, Martin Musella and Doreen Musella, and her sister-in-law Beth Musella. She is also survived by seven nieces and nephews, Timothy, Suzanne, Paul, Tressa, Anthony, Jennifer, and William, who will miss her dearly. Barbara is also survived by her beloved and constant Yorkie companion, Lizzie. 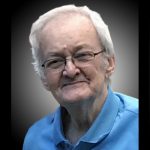 He was born on Sept. 10, 1937, in Washington, D.C., to John Thomas Roub, Sr., and Elizabeth Alice Quinn. He is survived his daughter, Holly Roub Scott, and her mother, Judith Morris Werley; his son-in-law, John Thomas Scott; his grandchildren, William Roub Scott and his wife, Sara Sanders Scott, Mark Edward Scott, Andrew Thomas Scott and Katherine Elizabeth Scott; his sister, Sally Edwards; his sister, and brother-in-law, Suzie and Dick Kemper; and many nieces and nephews.

Jack graduated from George Washington High School in Alexandria, Va. and attended the University of Virginia. During the 1950s, he served in the Naval Reserve. He worked for United Airlines as a customer service representative and instructor for 35 years at Chicago O’Hare, New York JFK, and Washington Dulles and Reagan National airports. He loved football and during these years held season tickets to the Washington Redskins, playing for a time in their band, and the Vanderbilt Commodores, his daughter’s alma mater. For several decades, he ran a college football bowl contest for family and friends and reveled in giving prizes. He retired in 1996 to live with his widowed mother in Ocean City. While there he was an active member of Holy Savior Catholic Church, the Knights of Columbus, the Hibernian Society, and served as a mentor at a local high school. In 2012 he moved to Macon, Ga., to live with his daughter and son-in-law and their family.

Jack loved his family and was especially proud of his grandchildren. He enjoyed visiting Disney World with them, a place he had taken Holly many times with his family in her childhood. Although he lived far away, he traveled frequently to Macon to attend many of his grandchildren’s sporting events and tell stories to their elementary classes. He took particular pride that all four of them had graduated from college and he avidly followed them as they began their careers. His eldest grandchild, Will, moved to New York City, a city he loved, Mark served in the military reserve, as had he, Andrew worked for an airline, as had he, and Katie cared for orphaned and abandoned children in Mexico. Although he never traveled to the children’s home, he became pen pals with several of the children there.

In lieu of flowers, the family requests individuals make a donation to the Casa Hogar children’s home education fund. Donations should be made out to First Presbyterian Church and marked in the memo line “Casa Hogar Education Donation.” Checks may be sent to First Presbyterian Church, 682 Mulberry St., Macon, Ga. 31201 or online at fpcmacon.org with a designation for Casa Hogar.

Hart’s at the Cupola, Hart’s Mortuary and Cremation Center, 6324 Peake Rd, Macon, Ga. 31210 has charge of the arrangements.