OCEAN CITY – After pleading guilty in January to second-degree murder for his role in the death of another teen in May 2019, a Berlin teen was sentenced on Friday to 35 years, all but 22 years of which was then suspended.

In January, Vershawn Hudson-Crawford, 17, of Berlin pleaded guilty to the death of Dehaven Nichols, 17, also of Berlin, in a wooded area near an apartment complex near Route 113. Back in court on Friday, Hudson-Crawford was sentenced to 35 years, all but 22 of which were suspended. During the sentencing hearing, prosecutors argued for a 40-year sentence, the maximum allowable for second-degree murder. 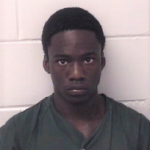 The Worcester County Circuit Court judge ordered Hudson-Crawford to be evaluated for admission into the youthful offender program with the Division of Correction. In June 2019, the defense filed a motion to transfer the case to juvenile court, a motion that was ultimately denied. Hudson-Crawford will be on supervised probation upon his release and he judge also ordered he be evaluated for mental health and substance abuse treatment.

On May 22, 2019, Hudson-Crawford and his mother drove to the Berlin Police Department, where he told investigators that two days earlier he had been in a fight with his friend Nichols, and that Nichols had died as a result of the altercation. Hudson-Crawford directed investigators to a ditch on the east side of Route 113 near the Decatur Apartments where they located Nichols’ body.

“This case presented to true tragedy, which will continue to affect the youngest members of our community for years to come,” she said. “The violent and needless killing of Dehaven Nichols, a 17-year-old with his whole life ahead of him, is cause for immense sadness and we offer our sincere condolences to his family and everyone suffering from his loss. My prosecutors will continue to stand up for victims like Dehaven by maintaining deep respect for every life and by aggressively prosecuting anyone who so casually takes a life away.”