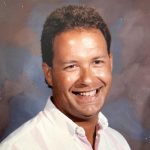 Bruff was a dreamer and a man of many talents. From taking the path less travelled on any trip to flying airplanes, he always had an adventure ahead of him. He was passionate about his independence and entrepreneurial ways, always finding a machine to fix. He was especially passionate about the importance of family. He touched the hearts of many over the years and remembered every story of those that touched him. Bruff, we will miss your hugs and your boundless enthusiasm. A celebration of Bruff’s life will be scheduled in 2021. Donations may be made in Bruff’s memory to Johns Hopkins Medical Intensive Care Unit, 1800 Orleans Street, Baltimore, Md. 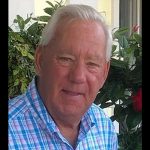 OCEAN CITY — John B. Wiessel, age 73 of Ocean City and formerly of Jackson, N.J., passed away Monday, Aug. 10, 2020. He was the son of the late James W. Wiessel and Barbara (Smith) Wiessel. John was the beloved husband of Patricia Wiessel.

John is survived in addition to his wife by his sons, Jeffrey Wiessel and wife Kelli of Jackson, N.J., and David Wiessel and wife Christine of Middletown, N.J.; grandchildren, Megan, Ryan, Colin, Sarah and Tyler; as well as a great-grandson, Maksym. He was preceded in death by his brother, James Wiessel. He also will be missed by his beloved dog, Sonny.

John was a teacher at Neptune High School in New Jersey for many years before he opened a garden center, J’s Garden Spot, in 1981 which he ran with his family until his retirement in 2014. John loved plants and gardening and for years he was able to share his passion with his neighbors as the president of the condo association at the Adagio in Ocean City where he would beautify the landscape for everyone to enjoy. John was a generous, caring person who was thought of as a second father to many of his children’s friends. Family was the most important thing to John and he will be greatly missed by all. John loved golf, skiing and his annual trips to Ireland with friends, and especially loved the beach in Ocean City.

Arrangements in Maryland are in the care of the Burbage Funeral Home in Berlin. Condolences may be shared with the family via: www.burbagefuneralhome.com. In lieu of flowers, donations in his memory may be made to the Worcester County Humane Society https://worcestercountyhumanesociety.org/donate-no-kill-shelter-humane-society. 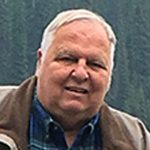 Born on June 9, 1950 in Salisbury, he was the son of the late Lester and Ruth Brittingham.

Bob was born and raised in Ocean City. He was the owner of Britt’s Market located at 15th Street and Philadelphia Avenue in Ocean City. He loved Ocean City and always talked of happy times growing up there. He often spoke of the many lifelong friends that he made there, including his friends from The Hideaway Lounge, Pirates Den and his bowling, pool and golfing buddies. After being diagnosed with Mesothelioma in 2011, he became active with the Mesothelioma Foundation, becoming a new patient mentor and advocate. He was happy to complete his bucket list. Traveling across country with his wife and attending a Tim McGraw/Faith Hill concert. He loved the song “Live Like You Were Dying.”

In addition to his parents, Lester and Ruth (Schaeffer) Brittingham, he is preceded in death by a sister-in-law, Sharon Pryer Aukamp

A memorial service will be scheduled at a later date

Arrangements are in the care of Eastern Shore Cremation and Funeral Service, 504 Franklin Avenue, Berlin, Md. 21811. To send condolences to the family, please visit www.easternshorecremation.com 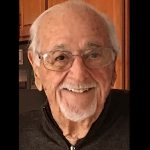 OCEAN CITY — Philip Andrew Sigismondi, Jr., age 96, peacefully left this life on Aug. 16, 2020 to be with his Lord and Savior, Jesus Christ.

Phil was born in Baltimore to Philip and Lucy Sigismondi on April 3, 1924. He was a WWII Veteran with the United States Army 71st Recon Troop, 2nd Platoon and was deployed to Europe. Phil was a devoted family man and had a passion for life. Throughout his life, he influenced many people through leadership, generosity, compassion and love. “Have I told you lately that I love you” was always his usual loving greeting to family and friends.

He married Lorraine Gloria DiStefano on June 26, 1948. In addition to his wife, he is survived by children Phyllis (David) Hackel, Judy Daniel, Gina (Larry) Westfall, Victoria (Harvey) Hough, Lori Kaiss; 11 grandchildren; eight great grandchildren; his sister Norma (Jerry) Giannattasio; many nieces, nephews, and cousins; and his church family at Coastal Community Church.  He is now reunited in new life with his parents, his brothers Nicholas and Frank, his sister Gloria and his two unborn children.

A celebration of his life will be held at a future date.

The family would like to thank the staff at Coastal Hospice and Palliative Care and Visiting Angels (courtesy of the VA of MD Health Care Systems) for their dedication and care of Phil.

Phil will be greatly missed but never forgotten. Reflections of his early years can be found in the book, “Bag Boys,” by Christopher Conway.

In memory of his life, donations can be sent to the Coastal Community Church, 10900 Ocean Gateway, Berlin, Md. 21811. Letters of condolence may be sent via: www.burbagefurneralhome.com 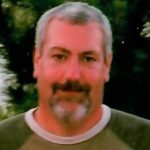 He was born Dec. 2, 1968 to Robert and Linda Hastings, He worked as security at the Dunes Manor Hotel and Suites in Ocean City. Brian was involved in his community, he was a former member of the Ocean City pipe and drum band. He took pride in his Celtic heritage and played the highland bagpipes. He enjoyed riding his motorcycle, fishing, camping and researching his family ancestry.

Brian is preceded in death by his father, Robert Hastings, and beloved wife, Karen (Trent) Hastings.

A viewing was held Aug. 13 at The Burbage Funeral Home. Funeral services were held Aug. 14 at 11 a.m. in the Evergreen Cemetery in Berlin.

In lieu of flowers, donations can be made to the Ocean City Pipe & Drum Band.