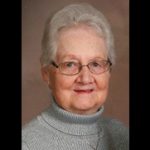 Born in Berlin, she was the daughter of the late Luther and Clara Smack Dennis. She was preceded in death by her husband, Joseph E. Woroniecki, in 2018. Surviving are her children, Brian Dickson and his wife Erin of New Freedom, Pa., Bill Dickson of Dagsboro, Del., Dean Woroniecki and his wife Lorie of Delmar, Del., Jerry Woroniecki and his wife Michelle of Berlin, and step-son Greg Broyles and his wife Michelle of West Virginia. She was an adored grandmother to 12 grandchildren, Jena, Kaelee, Katie, Connor, Abbie, Ellie, Natalie, Nyla, Macy, Rebekka, Mathew and Jovia. Also surviving are her brothers, Walter Dennis and his wife Edna of Berlin and Bill Dennis and his wife Charlotte of Berlin and sister Ruth D. Jones and her husband Ken of Berlin. There are numerous nieces and nephews. Preceding him in death was a brother, Richard Dennis.

Mrs. Woroniecki had worked as a legal secretary for many years. She was a member of Grace United Methodist Church in Salisbury.

Services will be will be private for the family. Interment will be in the Maryland Eastern Shore Veterans Cemetery in Hurlock.

A donation in her memory may be made to Grace United Methodist Church, 635 E. Church St. Salisbury, Md. 21804 or Berlin First Baptist Church 613 William St. Berlin, Md. 21811. Letters of condolence may be sent via www.burbagefuneralhome.com . 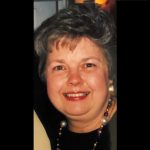 BERLIN — Barbara Louise Greenspun of Berlin passed away on July 30, 2020.

She was preceded in death by her husband, Norman Greenspun. She is survived by her brothers, George and David Kenney; her son Brian Watts (Gina); and her grandchildren, Nate and Carly Watts and Ben, Meghan and Julia Verill.

After a career of teaching at the Boys’ Latin School, Barbara and her husband Norman purchased Frazier’s Taproom on West 33rd Street from Shirley Smith in the late 80’s until they opened the new location Frazier’s on The Avenue in November of 1995. To Barbara the customers and employees were like family and many great memories were made there. She sold the business to devoted employees Ray and Morgan King in October of 2013 and retired to the Ocean City area to be closer to family.

A memorial service was held at the Ruck Towson Funeral Home on Aug. 5 with interment at Dulaney Valley Memorial Gardens. In lieu of flowers, donations may be made to the Autistic Children’s Support Group of Worcester County, Inc. P.O. Box 1322, Ocean Pines, Md. 21811.

OCEAN CITY — Go rest high on that mountain Son, your work on earth is done. Go to heaven a-shoutin’ love for the Father and the Son. 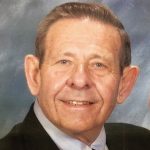 Ed, Edziu, Daddy, Dad or Pop –Edward William Winiecki — was given the gift of life on July 27, 1939, and left this Earth to rejoin his parents Thomas and Gertie and missed family and friends on July 31, 2020.

He was born and raised in Highlandtown (Baltimore) to Thomas James Winiecki and Gertrude Barbara Bolewicki, and brother of the late Thomas J. Winiecki. His career at Hecht’s gave him the opportunity to travel the world as a furniture buyer, but his real joy was his family, as well as listening to music on his iPad, enjoying favorite television shows (shout out to Mollie B’s Polka Party), attending Mass at St. Luke’s Catholic Church, working bingo at Knights of Columbus and sharing Cracker Barrel dinners with good friends at their Ocean City home.

He was a faithful and funny man and those blessed with his love and grateful for his protection from Heaven include his wife, Georgia (Turnbaugh) Winiecki, with whom he celebrated 60 years of marriage the day before he left us, daughter and son-in-law Terri and Jeff Rhodes, son and daughter-in-law Jeff and Beth (Chapman) Winiecki and grandsons Jeffrey Winiecki, Derek Rhodes, Jackson Winiecki and Casey Rhodes.

We will miss him every day.

Arrangements are by the Eckhardt Funeral Chapel, P.A. in Manchester, Md. and online condolences may be offered at www.eckhardtfuneralchapel.com 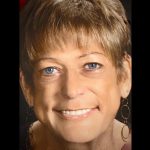 OCEAN CITY — Patricia (Patty) Lynn Wahrman Rooney Ellis, age 70, passed away on July 30, 2020 after a long battle with kidney disease. She was a wonderful daughter, sister, wife, aunt and friend.

Patty was born on Sept. 18, 1949, in Norfolk, Va. and grew up in Virginia Beach, Va. She later lived in the DC/Maryland suburbs until she moved to Ocean City. She retired from an administrative position at City Hall in Ocean City.

Patty was a member of St. Peter’s Lutheran Church where she loved being part of the altar guild. Patty also enjoyed being a member of the Ocean City Elks Lodge Ladies Auxiliary and was the treasurer for several years. Patty and her deceased husband, Ron Ellis, were frequent visitors to the lodge.

Patty was predeceased by her father, Solomon G. Wahrman, her first husband Charles Rooney and her second husband Ron Ellis. She is survived by her mother, Marvel B. Wahrman; her three sisters, Debra Bayton (Robert) of Williamsburg, Va., Jenny Williams (Wayne) of Cary, N.C. and Janet Hoffman (George) of Banner Elk, N.C.; as well as nieces and grandnieces, nephew and grandnephew and many friends.

The family is being assisted by Burbage Funeral Home in Berlin. A memorial service will be held at a later date. In lieu of flowers, memorial donations may be made to the National Kidney Foundation. You can donate online at https://www.kidney.org.

Many thanks to her friends in and around Ocean City who have assisted Patty during this difficult time. 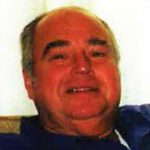 Born on Aug. 27, 1938, he was the son of Marie Gough and George H Gough. He was born in Baltimore and lived in Rosedale, Md.

Mr. Gough attended Kenwood High School and after graduating, he served in the US Air Force as an aviation and radio specialist from 1956 to 1960. He attended Data Pathing Tech Institute where he worked with computer agenda Bunker Remo Corp, designed tools and wrote the procedure manual for Martin Marietta Co. He worked as a Hydraulic engineer for Mace Missile Program.

He received his BA degree from Columbia Pacific University then attended Darden Business School and won awards for his accomplishments and team leadership.

He also wrote procedures for launching missiles for the Gemini Space Missile Program. He was a space pioneer with name recognition on the Wall of Fame in Titusville, Fla.

Mr. Gough worked for Honeywell Corp. as a director of field operations worldwide for installation of computers and maintenance. He was an insurance agent for Primerica Ins. Co., retired and later moved to Ocean City in 1997. In Ocean City he worked at gym and also as a cook on a fishing boat. He then worked for the Maryland Department of Transportation driving a bus and the train on the Ocean City Boardwalk as well as working as a toll both attendant until health issues forced him to retire.

Mr. Gough was a people person and had many friends. He enjoyed riding bikes on the Boardwalk, walks and was an avid reader. Tom Clancy was his favorite author.

He loved traveling and eating out and he made special memories on weekends searching for different places to eat breakfast with his daughter.

For seven years, he picked up his grandson, who was his buddy, from school and during the ride home helped him with his school work, making it enjoyable.

He cherished his Dobermans, Zack and Sascha.

Mr. Gough was a previous member of the Prince Of Peace Church in Rosedale, Md. and the Community Church of Ocean Pines.

He is preceded in death by parents, Marie Gough and George H Gough.

The family wishes to express sincere gratitude to all caretakers at Charlotte Hall for the loving care they provided during Mr. Gough’s stay. 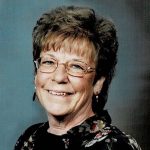 Born in Mobile, Ala., she was the oldest child of the late Wilmer J. Geibel and Lucille Oswald Geibel.

Judy grew up in Butler, Pa. In 1961 she graduated from Butler Senior High School. A few years later, she started a family with Gary Campbell. They had two boys, Greg and Brian, whom she loved dearly. She stayed at home to raise them and enjoyed every minute with them. You could always find her at any of their games and other activities. As the boys got older she started her own career. She worked for the Butler Eagle, Smith’s Flower Shop, Geibel Funeral Home and then Armco Steel which later became AK Steel, retiring from there after 30 years.

After retirement, she moved to Ocean Pines to be closer to her grandchildren whom she adored. She loved spending time with them and spoiling them with her love. She was a member of AARP Ocean Pines, Shape Ups and Ocean Liners, performing at nursing homes and child care centers. She loved line dancing and being a foster parent and volunteer to animal rescues, especially to her beloved Lab and best buddy, Hoagie. She enjoyed meeting and befriending other animal owners on daily walks on Watertown Rd in Ocean Pines. Judy was well known for her love of her nieces and nephews who she never forgot with a kind, sweet birthday card. She was a lifelong fanatic Steelers fan who was not afraid to display numerous Steeler memorabilia in Raven’s territory!
She is survived by two sons, Greg (Lori) Campbell of Hollywood, Md. and Brian (Erika) Campbell of Berlin; grandchildren Taylor (Patrick Murphy) Campbell of Lusby, Md., Cole and Jake Campbell of Berlin.; her sisters, Jeanne (Rodney) Koleno, Linda (Evan) Gollan and Margaret (Jeff) Adams; brother-in-law, Prawet (Edward) Jantharat; numerous nieces and nephews; and special friend Lynn (Rick) McLaren.

In addition to her parents, she was preceded in death by her brother, Edward W. Geibel.

Funeral services will be held at a later date in Butler, PA. In lieu of flowers, memorial contributions may be made in her memory to Worcester County Maryland Humane Society 12330 Eagles Nest Road, Berlin, Md. 21811

Arrangements are in the care of Eastern Shore Cremation and Funeral Service, 504 Franklin Avenue, Berlin, MD 21811. To send condolences to the family, please visit www.easternshorecremation.com. 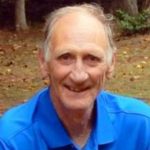 Tom grew up in
Dundalk and served in the U.S. Air Force from 1958 to 1960. He then began a successful sales career with Equifax until he retired in September of 2000. Tom moved to Ocean Pines upon retirement and was an active member of the Ocean Pines Board of Directors, the Choptank
Electric Board of Directors, and other local organizations for many years.

Tom gained several close friends from these associations as well as from his favorite hobby, golf. Tom was also an
avid fan of the Baltimore Orioles and never missed a game on television.

Thomas is survived by  his son James (Catherine); daughter Laurel Sandusky; brother Randy; as well as three grandchildren. Thomas is predeceased by his wife of 40-plus years (Maryann) and his brother Jerry. In lieu of flowers, kindly donate to the Alzheimer’s Disease Research organization. Services will be announced at a later date.