SNOW HILL — A Berlin man, convicted of homicide by motor vehicle while under the influence of drugs after a fatal collision on Route 589 near Ocean Pines in December 2018, was sentenced last week to 10 years with all but four suspended.

Bryan Wersten, 32, was convicted in February of homicide by motor vehicle while under the influence of controlled dangerous substances and sentencing was deferred. Wersten was the driver of a vehicle that collided with a utility police on Route 589 near Beauchamp Road on December 17, 2018 that claimed the life of his passenger, identified as Michael Hernandez, also of Berlin.

Back in court last week, Wersten was sentenced to 10 years in jail, all but four of which was suspended. He was also placed on supervised probation for five years following his release. Prior to sentencing, prosecutors filed notice with the court which increased the penalty to the maximum 10 years of incarceration due to Wersten’s prior conviction for driving under the influence of alcohol. 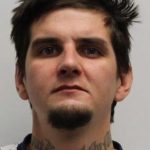 Shortly before noon on December 17, 2018, Maryland State Police troopers from the Berlin barrack were dispatched to a single-vehicle crash in the area of Route 589 near Beauchamp Road. A preliminary investigation conducted by the Maryland State Police Crash Team revealed a Ford F-150 pickup truck was driving north on Route 589 just south of Beauchamp Road when the driver lost control and struck the right shoulder curb.

Witnesses told police the truck then drove back across the travel lanes on Route 589 and struck an island at Beauchamp Road before colliding with a traffic signal pole. The passenger in the pickup truck, later identified as Hernandez, was partially ejected and suffered massive injuries. He was transported by Ocean Pines EMS to Atlantic General Hospital where he was pronounced deceased.

According to police reports, Wersten admitted to officers on the scene he had taken prescribed methadone prior to driving. Wersten failed field sobriety tests on the scene and a subsequent blood test revealed he had methadone, clonazepam and metabolites of cocaine and marijuana in his system at the time of the collision. Worcester County State’s Attorney Kris Heiser said the tragic loss of life is a reminder of the dangers of driving under the influence of any substance.

“We extend our deepest condolences to the family of Mr. Hernandez, whose life was unnecessarily taken by the reckless behavior of this defendant,” she said. “While no amount of punishment can heal their loss, my office takes our obligation to hold offenders accountable seriously. We will also continue to use these cases as a warning to our citizens of the real and devastating consequences of driving while impaired. Even prescribed medications can impair your ability to drive, and those who get behind the wheel when they shouldn’t will be held to account in Worcester County.”