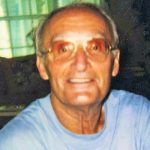 Gerry was a star athlete at Pope Pius XII High School. He set many records that lasted until the mid-80’s. That led to a full scholarship at the University of Virginia. He was a starting full back and third string quarterback for the four years he attended UVA. He also played lacrosse. His average never fell below nine yards per carry and he was never stopped behind the line of scrimmage.

During Gerry’s football career, he was drafted by the New York Giants, he played with and was coached by legends such as Tom Laundry, Vince Lombardi and Frank Gifford. After his time with the Giants, he returned to Virginia where he became an assistant football coach and earned his masters degree.

After leaving UVA, he was a teacher, coach and the athletic director of Benedictine Catholic High School in Richmond, Va. He and Mary Ann mentored and took care of many students who lived there for the school year. During this time, he also traveled the country playing professional handball.

He then began his career at American Oil, where he rapidly climbed the corporate ladder. He was in charge of hundreds of employees and service stations throughout Maryland Virgina.

Gerry and his family were given an opportunity to develop land which is now Mystic Harbor on Route 611 in Ocean City. He envisioned a community dedicated to fitness and healthy living with a canal system giving many homes access to the bay and ocean. A water treatment facility was built, at great expense, for the community that led to the development of West Ocean City. At this time in his life he decided to return to his true passion — health and fitness.

Gerry and his family took over the health spa at the Sheraton, now the Clarion. Along with the health club, he also built “Mary Ann’s Sea Side Shop.” The family also operated the beach stand in front, Avis car and bike rentals, tennis courts and the first regulation volleyball court. He is credited for starting the very first Best Body on the Beach contest. During the nine years there, Gerry returned to his roots as a healer and quickly became a world class masseuse with many clients including Bob Hope.

In 1983, after outgrowing the Sheraton with close to 3.000 members, they broke ground on 61st Street, at the foot of the Route 90 Bridge to build the Ocean City Health and Racquetball Club. Opening in 1984, the health club was two stories consisting of four racquetball courts, basketball court, indoor/outdoor swimming pools, a nursery for children and a wet area consisting of a steam, sauna, whirlpool and an eucalyptus room. The health club also had an amazing aerobics program, including water aerobics. The club was also home to O.C. Sneakers, which later became Windows on the Bay. During this time, he also assisted Mary Ann in the creation and operating of Coach’s Corner Diner, which is now operated by their son Martin and his family.

Gerry, Mary Ann and family, provided fitness, wellness and recreation to the community for over 30 years. The Furst family was happy knowing that health, exercise and fellowship led to a better quality of life for hundreds of people.

A celebration of life will be held at a future date. Anyone wishing to express condolences may sign the guest book at www.edgleycremationservices.com. In lieu of flowers, donations can be made to Meals on Wheels of the Palm Beaches, www.mealsonwheelspalmbeaches.org.

Gerry Furst was a proud family man, an athlete and a patriot. 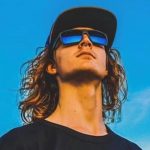 Born in Salisbury, he was the son of the late Michael McCurdy and Heather Melson Bahrami. He is survived by his mother, Heather, of Ocean City, and maternal grandmother, Sarah Timmons, of Bishopville. Also surviving are his paternal grandparents, J.W. and Bernie McCurdy, of Salisbury. He leaves behind many cousins as well as his beloved companion, his cat Chicken. He is predeceased by his father, Michael McCurdy, and maternal grandfather, Alfred Vaughn Melson.

Caleb was in the class of 2016 at Stephen Decatur High School and had attended Worcester Preparatory School in years prior. He started with Beach Lacrosse at a young age and continued the sport through his high school career. He also enjoyed diving and loved fast cars. Caleb was just starting his career in driving for UPS. He was loved by all who met him and loved by his family and the countless friends he made everywhere he went. He will be remembered for his great sense of humor and the ability to make anyone smile.

A celebration of life will be held in the fall.

In lieu of flowers, donations in his memory may be made to Worcester Country Humane Society, P.O. Box 48, Berlin, Md. 21811. 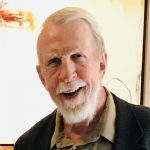 In addition to his parents, he is preceded in death by his siblings, William, Marcella and Robert.

Mr. Fenton earned his Bachelor of Science in chemistry from Catholic University and later his PhD in chemistry from the University of Minnesota, going on to do two Post-Doctoral Fellowships at Sloan Kettering and Loyola University Chicago. He worked as the Hospital Laboratory Director for Crozer Chester Medical Center and also was a Professor at West Chester University. He authored the textbook “Toxicology: A Case Oriented Approach.” He was a member of the Society of Forensic Toxicology and the American Association of Clinical Chemistry.

John was a natural born educator with a growth mindset, an insatiable thirst for knowledge, and never-ending curiosity. Often described as the consummate conversationalist, he possessed a natural ability to endear himself through conversation to anyone he spent time with. His kind, thoughtful, giving nature was felt by all he came in contact with. He will be remembered as a tour guide, National Park enthusiast, history buff avid cyclist and for his love of Astronomy.

In lieu of flowers, memorial contributions may be made to The Epilepsy Foundation by mail to Epilepsy Foundation, 8301 Professional Place W #230, Landover, Md. 20785 or online at www.epilepsy.com/donate or to Saint Mary’s School and Child Rescue Mission (Kenya, Africa) by mail to Christian Brother’s Conference, 415 Michigan Ave NE, Suite 300, Washington, DC 20017-4501 or online at www.sharehopenow.org. 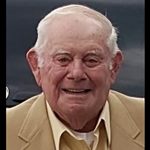 He is survived by his beloved wife of 69 years, Elizabeth Johnston, and sons James B. Johnston, III and his wife Sandra of Berlin, and Timothy H. Johnston and his wife Stacy of Selbyville. There are seven grandchildren, and three great-grandchildren. Also surviving are two brothers, Samuel Johnston of Baltimore, and David Johnston of Crisfield. Preceding him in death was a son, Thomas H. Johnston, and a sister, Nancy Kutcher.

Mr. Johnston served in the United States Army during the Korean War. Upon returning home, he joined a carpenter’s union, and worked for several different construction companies. He and his family moved to Selbyville in the 80’s. Jim was a Master Mason, and a life-time VFW member. In his spare time, he enjoyed woodworking, boating, fishing, camping in their RV and was an avid golfer.

A funeral service will be held on Monday, July 27 at 10:30 a.m. at the Burbage Funeral Home in Berlin. Pastor John Oltman will officiate. Interment will follow in the Delaware Veteran’s Cemetery in Millsboro. Friends may call from 2-4 p.m. and 6-8 p.m. on Sunday, July 26. A donation in his memory may be made to American Cancer Society, 1315 Mount Hermon Rd, Salisbury, Md. 21804. Letters of condolence may be sent via: www.burbagefuneralhome.com .

OCEAN CITY — It is with great sadness that the family of Thelma May Wetzelberger, age 89, announces her passing on July 16, 2020 after a brief illness. 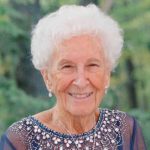 Thelma was the beloved wife of Fred for 62 years and lived in Baltimore before relocating to Ocean City at the age of 55. She was the loving mother of Fred Wetzelberger II and his wife Jamie, Catherine Wetzelberger, Kenneth Wetzelberger and Deborah Himmelheber and husband Rich; cherished grandmother to Fred III, Victoria, Caroline, Eric and Alec. She was predeceased by husband Fred in 2018.

Thelma worked for the Baltimore County Board of Education as a Principal’s Secretary for over 25 years. Her last assignment was opening the new Hillcrest Elementary School in Catonsville. After retiring, she moved to Ocean City with Fred to start a new career as an office administrator with her son’s Fred’s firms. She became an invaluable asset in both the administrative and accounting divisions and worked in various capacities until the age of 80.

Thelma loved to travel with Fred. Over 20 winter visits to Hawaii, 75 trips to Las Vegas as well as vacations in California, Florida and the Caribbean islands were some of their many adventures together.

She was an accomplished cook and baker with many “secret” family recipes that all enjoyed including her famous cinnamon custard pie. An avid reader, it was rare not to see her with a book or Kindle in her hand. She converted to Catholicism when marrying Fred and practiced her faith in God until the end.

Her greatest joy was her grandchildren and spending time with them any way she could. She treasured every minute and spoke proudly of their accomplishments.