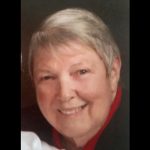 She was the daughter of the late John Shockley and Gertrude (Lane) Shockley. She was the beloved wife of Anthony R. Ferrese.

In addition to her husband, Norma is survived by her son, Robert Ferrese and wife Shelley, of Summerville, S.C.; daughters Deborah House and husband Dwight, of Middletown, Md., Carol Linton and husband George “Fuzzy,” of Myersville, Md., and Victoria Ferrese, of Millsboro, Del; sister Alice Amos, of Bridgewater, Va.; 10 grandchildren; 18 great-grandchildren; as well as numerous nieces and nephews. She was preceded in death by sisters Marie Ellwood and Jody Lawrence and brothers Wilbur Shockley and John Shockley Jr.

Norma was a member of St. John Neumann Catholic Church in Berlin. She enjoyed gardening, canning, taking family trips, cruises and playing cards and Parcheesi with her family and friends. She loved her Irish setter, Roxy, and her Cockatiel, Petey. Family was the most important part of Norma’s life and she will be greatly missed by all those who loved her, especially Rosemary Britton.

A mass of Christian Burial will be held at 11 a.m. Monday, July 20, 2020 at St. John Neumann Catholic Church, 11211 Beauchamp Rd, Berlin, Md. The family will receive friends and family at the Burbage Funeral Home, 108 William St., Berlin, Md. from 9 a.m. to 10 a.m. Monday, July 20, 2020. A second visitation and interment will be in the care of Hick’s Home for Funerals 103 W. Stockton St, Elkton, Md., Tuesday, July 21, 2020 from 1 p.m. to 2 p.m. with a service at 2 p.m. Norma will be laid to rest in the Bethel Cemetery in Chesapeake City, Md. Arrangements are in in the care of the Burbage Funeral Home in Berlin. Condolences may be shared with the family via: www.burbagefuneralhome.com. 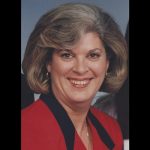 She died of cardiac arrest at the age of 74 years. She is survived by her two children, Nicholas DeCiutiis, Jr. (Roxanne) of Damascus, Md. and Nanette Bonsby (Michael) of Woodbine, Md. She leaves behind four grandchildren, Cierra, Samantha, Bridgette, and Nicholas III, and one great grandchild, Kendall. She is also survived by Elige Wilson Smith, Jr. who was Joan’s companion for many years.

Joan was born in Washington, DC on May 28, 1946. Joan’s parents were John and Margaret (Helfrick) Keegan. John was of Irish descent and Margaret was of German and Irish descent. She spent her formative years in the Silver Spring, Md. area and had a happy childhood and made life-long friendships with several of her playmates. She graduated from Albert Einstein High School in Kensington, Md. Upon graduation she worked at a department store, podiatrist office, and a few other jobs before joining the federal government. She enjoyed her various positions with the Department of Health and Human Services where she attained great success as an efficient and organized manager and executive secretary.

In 1965 she married Nicholas DeCiutiis. The couple had two children. A son Nicholas, Jr. was born in 1966 and a daughter Nanette was born in 1970. Joan and Nicholas divorced in 1980.

Joan had her two children, Nicholas and Nanette, which in turn has two children each Cierra and Nicholas, III and Samantha and Bridgette in that sequence.

Cierra met Liam in 2018 and they had a child Kendall. In summary, Joan had two children, four grandchildren and one great-grandchild.

In 1980 Joan met Elige (Smitty) at their place of work with the Indian Health Service in Rockville, Md. and they formed an instant relationship which lasted the rest of her life. Upon retirement in 2016, she and Mr. Smith moved to Ocean Pines where she quickly made many friends. She enjoyed going to the swimming pool and spending the day basking in the sun and playing games such as Mahjong. She loved retirement in Ocean Pines and really enjoyed life.

Joan will always be remembered as a “full of life” person and was extremely fond of her children, grand-children, and especially her great-grand child Kendall.

We shall all miss her in the most pleasant and fondest way and will forever remember her as a warm and loving person. Goodbye Joan and may God bless you.

BERLIN — Margaret Wood Davis, 92, died peacefully on July 10,2020 at Manor House Retirement Community, where she had lived for the past six years. 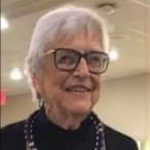 She was born January 20, 1928 in Baltimore Md. to Ruth Brittingham Wood and Wellington G. Wood. She was married June 15, 1947 to William P. Davis III. Mardie graduated from Forest Park High School, where she enjoyed every moment. Mardie worked for the telephone company before having a family and devoting herself to raising her four children. She was a dedicated wife, mother, grandmother and great grandmother. She was athletic and loved golf. She was part of a Quester’s group for many years, and was a book club member. She was very social and always ready to have fun. She loved her dining companions at Manor House. She will be greatly missed, but she had a good, long life.

She is survived by daughters Patrica D. Shreeve and husband, Thomas L. Shreeve, of Venice Fla. and Pamela Hay and husband, Donald Hay, of Berlin. She is also survived by daughters-in-law, Mary Davis of Gleneden Beach Ore. and Susan Davis of Baldwin, Md.; grandchildren Neal Shreeve of Marco Island Fla., Alexander Shreeve and wife, Jennifer Shreeve of Hainesport N.J., Tyler Betz and wife, Bronwyn Haden-Betz of Berlin and Josh Hay and wife, Natalie of Selbyville Del.; great grandchildren Ainsley Creegan of Gainesville, Fla., Lily and Ella Shreeve of Hainesport N.J. and Ewan and Seamus Betz of Berlin. Mardie is also survived by a large and loving extended family and many friends.

No service will be held at this time due to coronavirus virus concerns.

Arrangements are in the care of the Burbage Funeral Home in Berlin. Condolences may be shared with the family via: www.burbagefuneralhome.com. 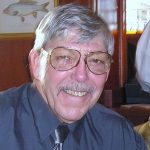 Michael married Susan Reilly in 1966. They had two daughters, Rebecca Chesshir (husband Jeff) and Christine Reilly. They all live in Texas at this time. He also left one granddaughter, Courtney Cuellar, a beautiful young lady. In Florida, he loved fishing and boating.

Michael was a general contractor in Florida and then in Maryland. He was a carpenter by trade. He owned HRW Construction Company in Gaithersburg, Md.

He also leaves his brother, Patrick Reilly (wife Carol), of Orange Park, Fla. along with their children, daughter Michele Lucado and granddaughter Hailey, daughter Stephanie Smith and her son Christopher Smith and wife Bethany and his two daughters, Layne Smith and Haley (wife) and his daughter and son.

Michael was a life-time member of the Fraternal Order of Eagles in Gaithersburg, Maryland and at one time a bartender there. He also was an active participant at the Eagles Club in Millville, Del. He made a lot of friends at the clubs and will be deeply missed by all of them.

There will be no services due to the current COVID-19 situation. He will be cremated at Eastern Shore Cremation and Funeral Service.

The family extends a sincere thanks to Seasons Hospice for their great care and amazing team that came to house to care for Michael. Also, to the supportive friends and neighbors for the love and kindness they have shown during these difficult times.