The Cain Team of OC ranked eighth on the team ranking. 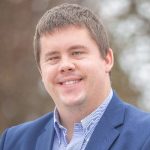 After Executive Director LuAnn Johnson resigned, the chamber’s Board of Directors formed a search committee to find a qualified individual to fill this vacancy. After a period of interviewing potential candidates, Joe Laque was named as the new executive director.

Laque, a resident of Worcester County, has a background in marketing, business management, and fund development. He accepted the position of executive director in addition to his current role as the executive director of Horizons Delmarva, a local nonprofit organization serving low-income students in Wicomico and Worcester counties.

On his ability to manage both positions, Laque said, “It will definitely be a challenge for me to juggle the oversight of both of these organizations, but I am more than confident in my ability to compartmentalize and efficiently prioritize my responsibilities.”

According to Laque, he has ample experience in quickly adapting to the structure and operations of new organizations after spending years traveling the country to work with nonprofit organizations of all sizes.

“I’ve worked with organizations that operated in small towns and ones whose service spanned across entire regions,” said Laque. “In both cases, it’s all about being able to quickly create new relationships and nurture those that may have gone unattended by an organization for too long. I accepted this position because I see nothing but potential in Snow Hill and the opportunity for growth in how the chamber serves local businesses.”

Laque stepped into his new position this week and is working with Snow Hill businesses in their efforts to safely reopen services to the public in the wake of the COVID-19 pandemic. 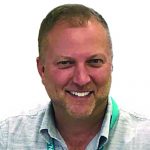 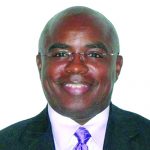 expanded its focus to include community education and outreach. Prior to his promotion, Bowen worked part-time for Provider Relations and part-time for Compass. In his new role, Bowen will focus on growing diversity among the patient population, as well as providing education and outreach to minority groups and their families to allow easier access to Coastal Hospice services and support.

“Both Stephen and Mark bring a wealth of knowledge to our team,” said Alane Capen, President of Coastal Hospice. “In their roles they will continue to improve the experiences of our patients and their families.”

“It was important to design a public works facility that serves the needs of the town, citizens, and visitors in a way that is aesthetically pleasing,” said Becker Morgan Group Senior Associate and Project Manager Bill Sieg. “We are proud to have brought this project to life in partnership with the Town of Ocean City and Delmarva Veteran Builders.”

Delmarva Veterans Builders Project Manager Rich Hertzog said, “DVB was very pleased with the Design/Build team of Becker Morgan, Diamond Mechanical and McCrone Engineering. Working well together led to a near flawless transition from the design phase to the construction phase.”