OCEAN CITY — Burton James Jarman, 83, passed away on July 7, 2020. Burton was the son of Beatrice (Hall) and James N. Jarman and an Ocean City native. 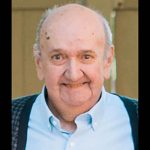 He served in the U.S. Army from 1960 to 1966, after that he attended the University of Maryland College Park and began his long career in teaching history in public high schools in Prince George’s County. During the summers, Burton worked for his father at Jimmie’s Beach Service and later calling Bingo on the Boardwalk.

In lieu of flowers, donations can be made in his brother Christopher Jarman’s name to the John H. Burbage Jr. Regional Cancer Care Center, 9707 Healthway Drive, Berlin, Md. 21811. A private service will be held. 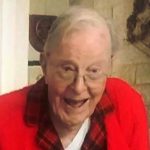 Leslie was born in Winnipeg, Canada to John Munro and Ann Leiper on June 15, 1912. He married Katherine Munro. He worked as a Supervisor for a Life Insurance Company.

Leslie is preceded in death by the late Katherine Munro, his two brothers and sister.

Funeral services will be held on July 7, 2020 at Atlantic United Methodist Church, Visitation is from 12pm to 1pm and the service will directly follow, with Rev. Barth officiating. Burial will be held July 8,2020 at Cedar Hill Cemetery in Suitland, Maryland at 11am.

Arrangements are by The Burbage Funeral Home.

OCEAN CITY – She is Betty Jean Benston, 91, formerly of Ocean City, passed away to be with her Lord and Savior on Monday, June 29, 2020 at Delmar Villa in Delmar. 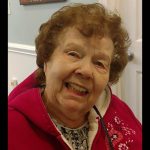 Born in Cumberland, Md. on Sept. 18, 1928, she was the daughter of Charles W. and Leona Harper. After graduating with the Class of 1946 from Allegany High School, Betty worked as a telephone operator for C & P Telephone Company in Berlin and Ocean City where she met her former husband. When her children were young, Betty owned and managed Edgemore Cabins during the summer months in West Ocean City. In her free time, she enjoyed flower gardening and taking her children to the beach. She was a homemaker when they were young but later went back to school graduating from the Computer Programming Institute of Delaware in Wilmington. She worked for Metropolitan Insurance Company, Ocean City Chamber of Commerce and then the US Postal Service in Ocean City then Salisbury until her retirement.

Betty was a member of St. Mary’s Star of the Sea Catholic Church and The American Legion Auxiliary Post #166 of Ocean City. Her later years she spent in Salisbury at her daughter’s home then more recently at Delmar Villa Assisted Living.

She was a very loving mom and known by her grandchildren as “Mom Mom Betty” and always excited about spending time with them. She truly will be missed by her family.

Betty was predeceased by her only brother, Charles W. (Wally) Harper, Jr. of Cumberland, Md., her ex-husband Carlton R. (Ben) Benston of Ocean City and her daughter-in-law Jennifer Benston of Binghamton, N.Y.

Betty’s children would like to thank the staff at Delmar Villa for the gentle and attentive care given to their mother for the past few years.

Service and interment will be private.

She died of cardiac arrest at the age of 74 years. She is survived by her two children, Nicholas DeCiutiis, Jr. (Roxanne) of Damascus, Md. and Nanette Bonsby (Michael) of Woodbine, Md. She leaves behind four grandchildren, Cierra, Samantha, Bridgette, and Nicholas III, and one great grandchild, Kendall. She is also survived by Elige Wilson Smith, Jr. who was Joan’s companion for many years.

Joan was born in Washington, DC on May 28, 1946. Joan’s parents were John and Margaret (Helfrick) Keegan. John was of Irish descent and Margaret was of German and Irish descent. She spent her formative years in the Silver Spring, Md. area and had a happy childhood and made life-long friendships with several of her playmates. She graduated from Albert Einstein High School in Kensington, Md. Upon graduation she worked at a department store, podiatrist office, and a few other jobs before joining the federal government. She enjoyed her various positions with the Department of Health and Human Services where she attained great success as an efficient and organized manager and executive secretary.

In 1965 she married Nicholas DeCiutiis. The couple had two children. A son Nicholas, Jr. was born in 1966 and a daughter Nanette was born in 1970. Joan and Nicholas divorced in 1980.

Joan had her two children, Nicholas and Nanette, which in turn has two children each Cierra and Nicholas, III and Samantha and Bridgette in that sequence.

Cierra met Liam in 2018 and they had a child Kendall. In summary, Joan had two children, four grandchildren and one great-grandchild.

In 1980 Joan met Elige (Smitty) at their place of work with the Indian Health Service in Rockville, Md. and they formed an instant relationship which lasted the rest of her life. Upon retirement in 2016, she and Mr. Smith moved to Ocean Pines where she quickly made many friends. She enjoyed going to the swimming pool and spending the day basking in the sun and playing games such as Mahjong. She loved retirement in Ocean Pines and really enjoyed life.

Joan will always be remembered as a “full of life” person and was extremely fond of her children, grand-children, and especially her great-grand child Kendall.

We shall all miss her in the most pleasant and fondest way and will forever remember her as a warm and loving person. Goodbye Joan and may God bless you.