Tingle was born Aug. 26, 1946 in Salisbury to Oliver and Rosa (Shockley) Tingle. He matriculated through the public-school system before graduating from Salisbury State University with degrees in English and 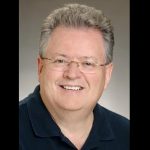 elementary education. He received his Master’s from the University of Maryland in Educational Administration.

He was a former teacher at Wicomico County Public Schools before teaching at Talbot County Public Schools, where he served as an administrator and director of staff development. He was an elementary school and middle principal for many years in Talbot County. He was later the owner of Robert Tingle Educational Consulting Services before moving to Hilton Head, S.C. where he became a successful Realtor/Associate Broker at Premier Island Properties.

He was predeceased by his parents Oliver and Rosa (Shockley) Tingle and his husband, Tom Spann, who he built a life with since 1969. His survivors include his brother, Albert Tingle (Ellen), and numerous cousins, nieces and  nephews.

Bob was known for his infectious smile and wonderful laugh. He will be greatly missed.

His Maryland family wishes to express their appreciation to his beloved caregivers Yenny Perez, Carmen Velasquez Caballero and David Perez Caballero, who Bob viewed like family. A cremation followed his death.

In lieu of donations, the family requests donations be directed towards Hilton Head Humane Association. 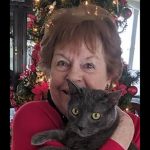 OCEAN CITY – Eleanor (Arnold) Barrett of Ocean City passed away peacefully on June 23, 2020. El was born March 13, 1943 in Baltimore. She was the daughter of the late Melvin Daniel Arnold and Charlotte (Bryson) Arnold.

She was the beloved wife of deceased Russell L. Barrett, Jr. of 40 years. She is survived by her two sons, Michael de Socio and his wife Hualien, PhD of Worcester, Mass., and Mark de Socio, PhD of Ocean City; younger sister Carolyn Isbell of Grand Rapids, Mich., and younger twin brothers Robert and James Arnold of Tampa, Fla. She was preceded in death by her younger brother Bill Arnold of Crofton.

El worked at Ford Motor Credit Company for 19 years, both in Baltimore and, Tampa, Fla. She was a member of St. Matthews By-the-Sea United Methodist Church in Fenwick Island, Del. since 1997 and was the editor of the church newsletter. She was also an usher and on the bereavement committee, and was well-known by her friends for making cakes and deviled eggs for events.

She fed up to a dozen feral cats at Ocean City’s Inlet since 2005. She was even profiled on television by WBOC for her work and dedication to feral cats.

She called bingo at McDonald’s in Ocean City and Bethany Beach, Del., since 2007. She always made birthday cakes for her “McDonald’s breakfast club” friends. El also loved to send cards: birthday, get well, sympathy, thinking of you and would include a note in each one.

Due to the current COVID-19 pandemic, a memorial service will be held at St. Matthews’s By-the-Sea Methodist Church on Coastal Highway in Fenwick Island at a later date. 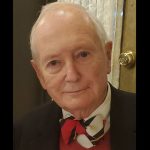 He was preceded in death by his wife, Margaret “Peggy” Foley, and son Mark Heubeck. He is survived by his son, Gary Heubeck and his wife Linda of Baltimore. He is also survived by his grandson, Evan Heubeck.

Jack attended the University of Maryland, College Park. Jack loved his time at College Park, and he would often reminisce about his college life and his time being a fraternity member of Kappa Alpha Order. Later he received his law degree from University of Baltimore. Jack also served in the US Air Force Reserve. He practiced law in Towson, Bel Air and Havre de Grace for many years before retiring in 1997 and moving to Ocean City.

Jack was an avid reader and a serious history buff. He had many interests, including a life-long hobby of train collecting. He also was a waterfowl hunter. In addition, Jack loved to travel and went on over 30 cruises with his wife, Peggy. Jack was known for always being well-dressed and was famous for his love of bowties.

Services are private and a celebration of life will be announced at a later date. A donation in his memory may be made to The Wounded Warriors Project. Arrangements are in the care of the Burbage Funeral Home, condolences may be shared with the family via: www.burbagefuneralhome.com. 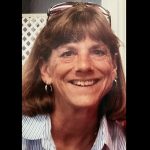 OCEAN CITY — Jennifer Ann (Barrett) Irwin, age 61, of Ocean City and formerly of Bethesda and Germantown, passed away June 28, 2020 surrounded by her loving family. She was the daughter of the late Joseph A. Barrett and Pauline (Cobb) Barrett and the wife of Thomas Irwin.

In addition to her husband, Jennifer is survived by her children, Thomas E. Irwin, Jr. and wife Elizabeth and Amanda N. Impellizzeri; and, brother William F. Barrett and wife Cynthia; and, sister Colleen B. Murillo and husband Carlos. Jennifer also leaves behind her five grandchildren as well as numerous nieces and nephews. She was preceded in death by brother, Joseph A. Barrett, Jr., and sister, Deborah C. Barrett.

As a proud Irish Catholic she practiced her faith at St. Luke Catholic Church in Ocean City. She enjoyed her volunteer work supporting the Knights of Columbus in both the Fr. McKenna Council #11024 of Germantown, Maryland and Ocean City Council #9053 as well as the Maryland State Council.

Services were held. In lieu of flowers, memorial contributions can be sent to Knights of Columbus, Maryland State Charity Fund, P.O. Box 1468 Bowie, Md. 20717. Arrangements are in the care of the Burbage Funeral Home in Berlin. Condolences may be shared at www.burbagefuneralhome.com

OCEAN CITY — Virginia Stafford Harmon “Ginny,” age 99, died on Thursday, June 25, 2020 at Gull Creek Assisted Living Community. Born on Oct. 2, 1920 in Salisbury, she was the daughter of the late Neavitt and 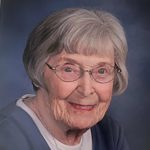 Beatrice McCue Stafford and the sister of the late John N. Stafford. She was preceded in death by her beloved husband, Alfred “Al” Harmon.

Ginny married Al Harmon on Aug. 21, 1939 and was a devoted wife, mother and homemaker.

In the summer months, she rented apartments/rooms at their home on Talbot Street, and for 25 years she worked at Jessica’s Candy Shop on the Boardwalk. Her legacy of service included manning the observation towers during World War II, and serving as an auxiliary member for several organizations including Atlantic General Hospital and the Ocean City Volunteer Fire Department (73 years). She was a Charter member of the American Legion Post 166 where for her 74 years of dedicated service, she was awarded lifetime membership. An active member of Atlantic United Methodist Church (81 years) she was a member of the choir for 65 years.

Services were held. Interment followed in Evergreen Cemetery near Berlin. Donations in her memory may be made to Atlantic United Methodist Church and the Ocean City Volunteer Fire Department. Letters of condolence may be sent via: www.burbagefuneralhome.com. Arrangements are in the care of the Burbage Funeral home in Berlin. 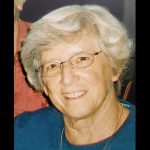 Cary was born in Lansdowne, Pa. She was a graduate of Millersville University and a proud member of the Marauder’s field hockey team. She had lived in Chester County, Pa. for 44 years and had been a teacher for the Coatesville Area School District teaching 3rd grade at Friendship Elementary for 36 years. She was a member of both Downingtown Central Presbyterian Church in Downingtown, Pa. and St. Francis by the Sea in Fenwick Island, Del. She never missed an opportunity to watch her children and grandchildren playing sports, she enjoyed planning and taking trips to Disney World and camping at Hershey. Her grandchildren were the highlight of her life.

As a child, she spent summers in Ship Bottom, N.J. For over forty years she has had a beach house on 133rd St. in Ocean City and has spent summers there with her children, grandchildren and her 133rd St. beach family. She loved to read and was a member of Acorn book club in Pennsylvania and Seaside book club in Ocean City. Growing up she had many fond memories with her cousins on both sides of her family. She also enjoyed watching sports including the Olympics and was an avid Philadelphia Eagles and Phillies fan.

Services will be held in June of 2021 with a celebration of life that will be announced at a later date. Arrangements are in the care of the Burbage Funeral Home in Berlin, Maryland. Condolences may be shared ta www.burbagefuneralhome.com.

Born July 12, 1951 in Baltimore, Pat was the only son of Jerome Edward Patrick Forestell, Sr., and Anne Brophy Forestell. He is survived by his life partner Graceanne Boettinger, son Michael P. Forestell and daughter Jill 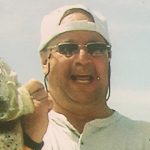 He proudly served as a Baltimore City Firefighter from 1981 to 2007, when he retired as Acting Lieutenant.

A man of deep faith, Pat was a Lector and active parishioner of St. Benedict Church in Baltimore. He also was an integral part of the recovery community in and around Baltimore, serving as sponsor to many. He was always available to lend an ear and shoulder whenever possible.

One of Pat’s primary joys in life was to see the world: he had been to all 50 states and 63 countries in 5 continents. He had the ability to turn strangers into life-long friends wherever he went, and he had friends everywhere. He was outgoing, witty, funny and generous.

He will be immensely missed.

A funeral mass will be held at St. Benedict at a time to be determined. In lieu of flowers, donations can be made to St. Benedict Church, 2612 Wilkens Avenue, Baltimore, Md. 21223, or to the American Heart Association in his name.

Arrangements are in the care of Eastern Shore Cremation & Funeral Service in Berlin. To send condolences, please visit www.easternshorecremation.com.