OCEAN CITY — A Pennsylvania man faces first-degree assault and other charges after allegedly firing multiple gunshots and injuring a Salisbury juvenile during an early morning confrontation in downtown Ocean City.

Around 4 a.m. last Friday, the Ocean City Police Department (OCPD) responded to the area of 6th Street and Washington Lane after officers heard gunshots and observed a male suspect running north on Washington Lane. OCPD officers located a juvenile male from Salisbury who had been shot twice, once in the buttocks and once in the arm. The victim was treated at the scene by Ocean City EMS before being transported to Peninsula Regional Medical Center, where he was released shortly thereafter. 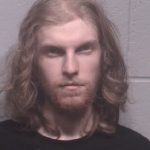 During the investigation, OCPD detectives determined a confrontation between two groups had taken place inside a nearby hotel. A short time later, the two groups confronted each other again on 6th Street. The suspect, identified as Colin Heckman, 21, of Milton, Pa., fired multiple gunshots, two of which struck the victim. The victim fled the scene and was located by officers on 7th Street. Heckman was located at the scene of the alleged shooting.

Heckman has been charged with first- and second-degree assault, reckless endangerment and discharging a firearm within city limits. Following a bail review hearing on Monday, Heckman was ordered to be held without bond. A preliminary hearing has been set for July 15.

The OCPD Criminal Investigation Division Major Crimes Unit continues to investigate the incident. Anyone with information regarding the incident is urged to contact Detective Perry at 410-723-6604. Those who wish to remain anonymous may contact the OCPD Crime Tip Hotline at 410-520-5136 or through the crime tips tab on the OCPD website.