OCEAN CITY — Keller Williams Realty of Delmarva has announced the May top producers for its Maryland locations.

Top listing volume for individual agents went to Kimberly Lucido-McCabe of the Ocean City office and Michael Dunn of the Salisbury office. 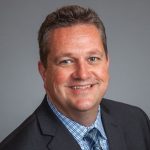 “Over the past eight years, Rick has been an invaluable member of the SVN|Miller Team. Increasing property management business by 55%, helped develop and grow a maintenance and janitorial department by 300%, and hiring over 12 new employees are some notable accomplishments during his tenure as director of property management,” said Amy Miller.

In the new location, Maryland Capital Enterprises will continue operating as a non-profit organization developing business plans, providing business development training and issuing small business loans. In addition to these services, Civic Avenue will also house the Women’s Business Center, a branch of the organization designed to empower and support women in business throughout Maryland.

“Non-profit organizations tend to have very dynamic operations and needs,” said Phillips. “Having a firm grasp on the role that they play within the community or in this case, state, was crucial in matching them with a property that checked all of their boxes.”

Phillips worked closely with MCE to ensure the successful transition into the Civic Avenue property. The seller, Wraparound Maryland, was represented by Tonney Insley of SVN Miller Commercial Real Estate.