OCEAN CITY — James Stephens Hall passed away peacefully in his home in Ocean City, Maryland on June 2, 2020 with his daughters at his side after fighting a courageous battle with lymphoma. 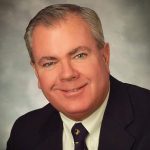 Born in Baltimore, on Jan. 10, 1952, he was the son of the late Arthur and Shirley Hall. He attended Saint William of York School and Mount Saint Joseph High School.

From an early age, Jimmy developed a love of anything with a motor. He enjoyed tinkering in the garage with his dad and older brother, Greg and before the age of 12 started his own lawn mower repair business. Jimmy enjoyed building go carts and on several occasions was brought home by the friendly local police officer after finding him trying to operate unattended construction site equipment. As a young teenager, he worked weekends and summers in a local gas station and eventually owned several in the Baltimore area. Jimmy loved to drive fancy cars and was particularly proud of his first Corvette. True to form, Jimmy always owned a speed boat and nothing made him happier than to round up a gang of friends and family for a day of water skiing on the Severn River.

In 1983, Jimmy relocated to Ocean City where with his brother, Greg, he co-owned Hall’s Garden Center, Pro Trac Go Carts and amusements, and three Paradise Cove Miniature Golf Courses. He also owned The Alaska Stand on 50th Street which was eventually sold to become part of what is now Seacrets parking lot. Always loving another project, Jimmy earned his real estate license and enjoyed a successful career with Coldwell Banker Bud Church Realty for over 35 years. For 30 years, Jimmy also owned and operated Hall’s Lawn Sprinkler Service and was actively working until shortly before his death.

In July 1979, Jimmy married Carol Ann Kaskie and had two daughters, Jennifer (1981) and Daniele (1985). Although they later divorced, they continued to spend time together as a family and always shared holidays and birthdays especially with their grandchildren. One of Jimmy‘s favorite hobbies was to perform magic tricks and he loved nothing more than to show up at parties as “The Great Houdini” to the delight of his guests.

Another of Jimmy‘s many interests was local politics. In 1987 he won his first race for a seat on the Town of Ocean City Council and served consecutive terms for over 25 years.

To honor Jimmy’s generous character, we ask that in lieu of flowers, donations be made to the University of Maryland Marlene and Stewart Greenbaum Comprehensive Cancer Center, 22 S. Greene St. Baltimore, Md. 21201. A private celebration of Jimmy’s life will be held at a later date for family only. 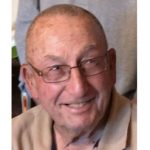 He was born on Jan. 29, 1937 to the late Charles Thomas Jones and Achsah Cathell Jones on the family farm in Taylorville, Md.

He met his wife, Paula Quillen, when he and his family were building her parents new home. It was love at first sight for both of them. Three years later they married on June 14, 1961 and in a few days from now they would have celebrated their 60th wedding anniversary.

Together they had two wonderful children, Holly Jones Bunting (Robert) and Douglas Alan Jones. Frank was a devoted and loving grandfather to Christopher Bunting, Jessica Bunting, Shelby Jones Bargar (Mark), Kasey Jones-Matrona (Matt), and Andrew Jones. He was an adoring great-grandfather to Clara and Caleb Bargar who lived next door. He is also survived by his former daughter-in-law, Deneen Rayne Jones.

Frank was a United States Army veteran, serving from 1960 to 1966 with two years active duty in Wertheim, Germany near the Berlin Wall. He often would tell his children and grandchildren about rushing to the wall at night for a potential conflict between the East and West Germans.

He was a part owner of Jones Brothers and with his two brothers built many local homes and apartment houses in Ocean City before turning totally to farming.

Frank was a 50-year plus member of Evergreen Masonic Lodge 153 in Berlin and was delighted that more than 10 of his family members were also Masons.

Frank had been a member of the Worcester County Farm Bureau and belonged to Ducks Unlimited. He was a member of the Taylorville Methodist Church and Buckingham Presbyterian Church. He was a very patriotic person who loved his country.

He loved holidays with his family especially Christmas and Thanksgiving. He always ended all of his family phone calls with “I love you.” For many years, he cooked family breakfasts on Sunday for his children and grandchildren.

Frank taught his children about hunting, gardening, gun safety, birdwatching, woodworking, animal husbandry and the importance of land conservation. Most importantly he taught his family how to love life, deal with challenges, and how to find success.

Also surviving are siblings, Richard Jones(Peggy), Achsah Jarman, Marylan Shockley and Kathleen Pruitt. Preceding him in death were brothers Paul Jones, Edwin Jones and Dale Jones, and sister Anna Cortese. He was lucky to have many wonderful nephews and nieces and their spouses.

Special thanks to Dr. Jeffrey Scheirer and Dr. Rene Desmaris for their tender and continuous care during Frank’s illness.

A Masonic Memorial and Military Honors graveside service private for the family will be held. Christopher Bunting, Frank’s grandson, will be conducting the service assisted by Shelby Barger, Jessica Bunting, Kasey Jones-Matrona and Andrew Jones.

In lieu of flowers, a donation in his memory may be made to Evergreen Masonic Lodge #153 AF & AM, North Main St. Berlin, Md. 21811. Arrangements are in care of the Burbage Funeral Home in Berlin. Letters of condolences may be sent via: www.burbagefuneralhome.com