In an Ocean City Police Commission meeting Monday, City Manager Doug Miller agreed to review an ordinance passed last year prohibiting dockless ride share operations placed or operated in the public right of way or offered for use within the corporate limits.

In short, dockless systems allow users to rent freestanding bikes or scooters. Using a phone app, an individual can grab one of the bikes or electric scooters, ride it to their destination and leave it there for another individual to rent. They are called dockless bike and electric scooter share programs because the consumer does not have to go to a brick-and-mortar location to rent them, but rather can pick them up wherever they find them and pay using the app.

Last year, however, a proactive approach was taken to prohibit such ride share programs in Ocean City when resort officials voiced concerns that the bicycles and electric scooters would litter the streets, sidewalks and other public property. 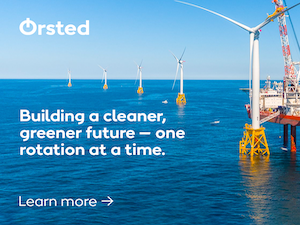 “Our concern with the dockless bikes is once someone is finished with that bike they can drop the bike anywhere …,” Police Chief Ross Buzzuro said last May. “The biggest issue with this in large cities is the proliferation of these bicycles that are being dumped everywhere. I think moving forward, if we have an issue that will come our way, we would want to get on top of it.”

“I want to look at Ordinance 2019-10 approved last year concerning electric scooters …,” she said. “It doesn’t look like it covers electric bikes.”

Miller agreed to review the ordinance and see if any verbiage needs to be added. Buzzuro added the department could also research the business in question.

“We can take a look at that and see if they are in compliance,” he said.

The town ordinance makes it unlawful to park, place, exhibit, sell or rent bicycles and electric scooters that are part of a dockless ride share program on publicly owned property in Ocean city. Violations result in a $500 fine for each occurrence.

BERLIN -- A local man was arrested last weekend on drugs and weapons charges after a long-term investigation by local law enforcement agencies. Last Friday, members of the Worcester County Criminal Enforcement Team successfully concluded a long-term controlled dangerous substance investigation involving Tromaine Briddell, 43, of Berlin. As a result of the investigation, search and…

OCEAN CITY -- Revised plans for a proposed mixed-use redevelopment project downtown at Somerset Street with a significantly higher price tag was one of the highlights of an initial review the town’s draft capital improvement plan last week. Last spring, the Ocean City Development Corporation (OCDC) pitched the concept for a pair of projects in…