OCEAN CITY — Richard Allen Baker, age 78, passed away on Friday, May 29, 2020, at Atlantic General Hospital, with his loving family by his side. 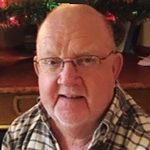 Born in Whaleyville, he was the son of the late William Paul and Nadine Truitt Baker.

He is survived by his beloved wife of 55 years, Joyce Knott Baker, and daughter, Sonya Baker Bounds and her husband Bill, of Berlin. He was an adored “Poppie” to grandchildren Kirby, Ryan and Zachary Bounds. He was a wonderful “Uncle Rich” to his many nieces and nephews, whom he treasured. Richard was preceded in death by his brothers, Kenny and Jimmy Baker, and sisters, Bertha Johnson and Joann Johnson.

Mr. Baker and his wife Joyce owned and operated the Western Auto in Ocean City for 40 years.

He was a United States Army (101st Airborne Division) Veteran, and a member of the Atlantic United Methodist Church. He loved old cars and the “Cruisin’ OC” weekends. Baker was an avid fan of the Orioles and the University of Maryland Terrapins. He enjoyed working in his yard, and spent much time sitting in his outdoor swings watching his grandchildren and neighbor’s children play. Richard loved to watch his granddaughter Kirby play lacrosse, basketball, and softball…he was her biggest fan. A family man first, he will be dearly missed by his loved ones.

A funeral service was held on Wednesday, June 4 at 11 a.m. at Atlantic United Methodist Church on 4th Street in Ocean City. The Rev. Joseph Barth and Pastor Sean Davis (a dear friend) presided. A viewing was held on Tuesday, June 3 at the Burbage Funeral Home in Berlin. Interment followed the service in Sunset Memorial Park near Berlin.

A donation in his memory may be made to the Ocean City Volunteer Fire Company, 1409 Philadelphia Ave., Ocean City, Md. 21842. Letters of condolence may be sent via: www.burbagefuneralhome.com.

Her husband Francis Josiah Barrett passed away in 1985.

Madge is survived by her daughter, Susan Barrett Satterfield and husband, Bill of Salisbury; daughter Mary Dorthea Hanssen and husband Ronald of Waldorf, Md.; and son Michael Francis Barrett of Ocean Pines, plus numerous grandchildren and great grandchildren. Her son, John Kinsey Jacobs, and her daughter, Madge Berdella Jenkins, preceded her in death.

Services will be private. Burial of her ashes will be next to her husband Francis in Jersey Shore, Pa.

The family expresses many thanks to Mary Gillian of Berlin who provided Madge with loving care and friendship for nearly 10 years.

Gifts in honor of Mrs. Barrett can be made to Coastal Hospice (PO Box 1733, Salisbury, Md. 21802), which provided exceptional care during her final days.