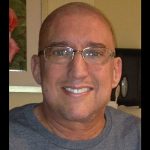 He was born in Baltimore on Jan. 31, 1962 and was the son of the late Kenneth Lattinville and Joan McCall. He is survived by his wife, Robin Lattinville.

In addition to his wife, Jeffrey is also survived by his step-children, Michael Justin Schneider and wife Anna and, Aubrey Danielle Schneider; grandchildren Kobe, Karter and Jameson; and sister, Stacey Lattinville and husband Jeff Jankowsky. In addition to his parents, Jeffrey was preceded in death by his brother, Steven Lattinville.

A graduate of Stephen Decatur High School, Jeffrey spent the last 30-plus years working in the hospitality industry mostly in the Ocean City area. He was a past president of the Ocean City Chamber of Commerce and member of the Ocean City Hotel- Motel-Restaurant Association. He loved sports and was a loyal fan of the Washington Redskins, Baltimore Orioles and Boston Celtics. He also enjoyed time spent with friends on the golf course and loved to reminisce about his “hole-in-one” at River Run. But he was at his happiest and most proud when he was in the company of his grandchildren. Those who knew Jeff will think of him and smile. He had a larger than life personality and truly loved to laugh. In fact, his laugh could often be heard above anyone else’s in a crowd. He will be remembered and greatly missed but the world is better because he was a part of it.

Arrangements will be private and in the care of the Burbage Funeral Home. Condolences may be made via: www.burbagefuneralhome.com. A celebration of Jeffrey’s life will be planned when it is possible to gather together safely again. 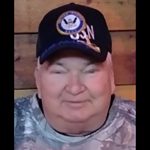 BISHOPVILLE — Harry R. Smith, Jr., age 75, of Bishopville, passed away at home on Thursday, May 21, 2020 surrounded by his loving family.

Harry was born on Jan. 1, 1945 in Milford, Del. He was preceded in death by his parents, Shirley and Norman Nicholson and Harry R. Smith, Sr.

Immediately after high school, he enlisted in the US Navy for four years and he retired from Intervet in 2000 for health reasons. He was a member of the American Legion Post #123 in Berlin, Doric Lodge #30 in Millville, Del. and the morning coffee club at McDonald’s in Selbyville, Del.

He enjoyed the outdoors including hunting, fishing, riding his four-wheeler, planting crops for the deer on his property, “Smith’s Wild Acres” and previously enjoying activities in the Burnt Swamp and hunting trips with his buddies.

Due to the COVID-19 pandemic, services and burial will be held privately at the Delaware Veterans Memorial Cemetery in Millsboro, Del. A celebration of Harry’s life will be held at a later date.

BERLIN — Barbara Zane (Taylor) Walter, 75, of Berlin, returned to her heavenly home on May 17, 2020. Born in Santa Barbara, Calif. to Tom and Jean Taylor, she spent her teenage years in Salisbury and 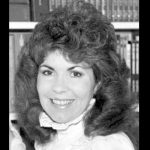 was a 1963 graduate of Wicomico High School.

Barbara was recognized for her beautiful artwork in many restaurants, churches and homes, and for her decorating skill including design and creations. An ordained minister, she was well-known as a prayer warrior, for her love and her faith in Jesus.

She was involved in many ministries over the years, including The Son’Spot, in Ocean City; WOLC Radio in Princess Anne; Christian Shelter, HALO and Joseph House in Salisbury; and the Revelation 22 Ministry Alliance, in Towson. She wrote and directed Christian plays and puppet shows, ministered in jails and prisons for 20 years, and had an outreach to single mothers. For over 20 years, she wrote a popular column called “Things Hoped For” in the Manna newspaper. With her husband Randy, she conducted Shiloh Ministries from their home, where they wrote 12 books together. Her home was always open to people in need.

A devoted wife, mother, grandmother and friend, she is survived by her husband of 38 years, Randy Walter, of Berlin; a son, Wallace Wayne Zane IV of Santa Monica, Calif.; a daughter and son-in-law, Malia Zane Ricks and Jeff Ricks of Berlin; a son and daughter-in-law, Xon Zane and Jannet Zane of Berlin; grandchildren Tanner Ricks, Lily Ricks, Diego Zane, and Aeriel Zane, all of Berlin; one sister in Florida, Eleanor Bosley; three sisters in California, Lola Taylor, Mary Lee Taylor (Lisa Todd) and Sina Taylor; a niece in Florida, Connie Brown; and many other nieces and nephews. She was preceded in death by a brother, J.T. Taylor, of Princess Anne, and her father and mother.

A celebration of her life will be held at 7 p.m. on Saturday, June 27 at SonRise Church. Revs. Dale and LuAnne Mast of Dover will officiate. Contributions in Barbara’s memory can be made to Shiloh Ministries, c/o Randy Walter, 209 West St., Berlin, Md. 21811. 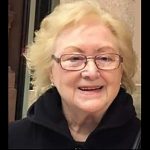 Born in Scotland, she was the daughter of Gavin and Mary Weir Tassie. She is survived by her beloved husband of 65 years, Kenneth Campbell. She was preceded in death by her daughter, Iona, her three brothers and two sisters

Mrs. Campbell had worked as a bookkeeper for Walter Reed Medical Center in Bethesda. Upon retiring, she and her husband later moved to Ocean Pines, where she enjoyed hosting parties, long walks on the boardwalk, and animals of all kinds. She loved life, and lived it to the fullest.

Our family wish to thank her wonderful neighbors who were so supportive during this stressful time. Words cannot express our gratitude.

A memorial service will be held, pending restrictions on gatherings, July 17, 2020 at the Burbage Funeral Home in Berlin at 2 p.m. Friends may call one hour prior to the service. Rev. Dale Brown will officiate. In lieu of flowers, a donation in her memory may be made to Worcester County Humane Society, P.O. Box 48, Berlin, Md. 21811. Letters of condolence may be sent via www.burbagefuneralhome.com . 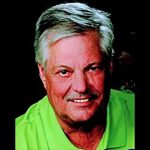 Born in Salisbury, he was the son of the late Richard and Marie Allen Watson. He is survived by his wife of 41 years, Mary Alice “Scottie” Watson. Also surviving are two brothers, Ricky and Allen Watson both of Florida; devoted friend, Guy Tosten of Pennyslvania; and several nieces and nephews. He also leaves his beloved dog Joey. Preceding him in death were his two brothers, Willie and Donnie Watson.

Mr. Watson was employed by Bali Hi Park. Prior to that he worked for 28 years at the Carousel Hotel in Ocean City. He was a member of Stevenson United Methodist Church. In his spare time, he enjoyed hot rods and fishing, but most of all spending time with his family.

A memorial service will be held on Sunday, May 31 at 2 p.m. at the Burbage Funeral Home in Berlin. Friends may call from noon-2 p.m. A donation in his memory may be made to Stevenson United Methodist Church, 123 North Main St., Berlin, Md. 21811. Letters of condolence may be sent via: www.burbagefuneralhome.com. Facial masks and social distancing are required, and there is limited seating due to state restrictions.