At Monday’s meeting of the Berlin Town Council, Gulyas, who is the at-large councilmember, said that thought there are two years left in his term he would give up his seat in September. He and his family expect to move to South Point by the end of the year.

“The mayor knows and some other folks know my family and I have purchased property down in South Point,” Gulyas said. “I wanted to let everybody know that as of the last meeting in September I will be stepping down. I wanted to make that announcement now so that anybody that is qualified could go ahead and I assume fill out the last two years.”

In an email sent to all town employees and elected officials late Monday, Gulyas also shared his plan to step down. 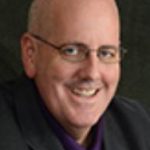 “Knowing full well the cost and impact of holding an election, I’ve decided to let you and the public know now so that my seat can be filled in the upcoming election,” he wrote. “It would not be fair to the town that I have faithfully served for almost six years to add an additional financial burden.”

Mayor Gee Williams praised Gulyas for his commitment to the town.

“Berlin has been very fortunate to benefit from Councilmember Gulyas’ insight, commitment to public service and caring for folks in every neighborhood of our town,” Williams said. “I and the entire council are very excited for Thom and his family. I know for certain that no matter where you may rest at night, your heart will always beat for Berlin.”

Town Attorney David Gaskill confirmed that the at-large seat currently held by Gulyas would be added to the ballot for the regularly scheduled Oct. 6 election and that Gulyas’ successor would fill the remainder of his two-year term.