SELBYVILLE, Del. — Patrick “Sean” Murphy, 49, son of Patrick and Virginia Murphy of Port Republic, Md., passed away on May 9 at his home in Selbyville, Del. 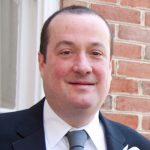 Sean was born on March 10, 1971 in San Francisco, Calif. As a young child, Sean lived in various parts of the United States, from California to Rhode Island, Virginia, Maine and Florida as his family moved to relocate with the Navy. In 1981, he moved permanently to his beach community in Port Republic, Md. Sean spent many happy years there crabbing, fishing in the bay and exploring the woods with his brothers and cousins, his “best buds.”

Sean graduated from Our Lady Star of the Sea School in Solomons, Md. and was a 1989 graduate of Calvert High, in Prince Frederick, Md. He also attended the College of Southern Maryland in Calvert County, Md. Sean moved to the Eastern Shore in the early 90s and divided his work between restaurant management in Ocean City and work with the National Auto Shows throughout the year. Through thick and thin, he was an avid Cowboys and Orioles fan, Cal Ripken being one of his idols. Sean’s personality was magnetic, and he made many, many friends along the way. Sean was kind, warm, loving and always fun. His loyalty to a friend was unshakable.

Family meant everything to Sean. He is survived by his parents, Patrick and “Ginny,” and his brothers, Kevin of Washington, DC and Matthew and his wife Britt of Edgewater, Md.; his nieces, Dylan and Everett whom he dearly cherished; and many loving aunts, uncles and cousins.

Due to the COVID-19 situation, Monsignor Michael Wilson conducted private funeral services for the immediate family on Friday, May 15. A celebration of Sean’s life will be held at a later date. 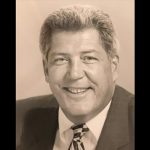 The son of the late David F. and Louise Jarvis Hayes, he was an award-winning sales executive in the industrial packaging industry.

He will be remembered as a devoted husband, proud father, caring brother, and loyal friend.

A celebration of life will be held at a later date. Those interested in attending may provide contact information to IllonaHayes@gmail.com. 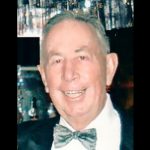 Paul was one of seven brothers who all graduated from Calvert Hall College High School and later received his bachelor’s degree from Loyola College in Baltimore. Throughout high school and college, he was an avid basketball player. He also loved playing tennis for many years, including as a member of the Hunt Valley Golf Club and Ocean Pines Tennis Club, and relished acting with the Ocean Pines Players.

Paul was a born salesman and worked for Koppers Co./Environmental Elements Corp. and a number of paper companies including Erving Paper Mills in Massachusetts where he was national sales manager.

In recent years, he was proud to be a front of the house manager at Fager’s Island in Ocean City where he thrived on getting to know the customers and staff. He hosted Sunday brunch and was nicknamed “Mr. Brunch.” Paul loved to make people smile, whether through welcoming them to Fager’s or telling jokes with his family and friends.

Memorial services will be announced at a later date. Burbage Funeral Home in Berlin will be assisting the family. Letters of condolence may be sent via www.burbagefuneralhome.com 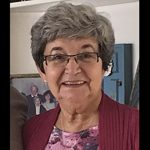 SELBYVILLE — Madeline “Mike” England, 81, of Selbyville, Del., passed away on May 13, 2020 from cardiac arrest at Peninsula Regional Medical Center.

Mike was born on July 14, 1938 in Hazelton, Pa. to Peter and Anna (nee Zebelin) Marcolina. After graduating from Kenwood High School in 1956, she earned her R.N. from the St. Joseph’s School of Nursing in Baltimore and worked at St. Joseph’s Hospital as a pediatric nurse.

She met the love of her life, George England, in 1961 while listening to the Pier 5 Dixieland Jazz Band. They married in 1964 and moved to Lutherville, Md. to raise their children, Krissy and Carl.

Mike was a lifelong volunteer, always giving her time and energy to those who needed it. From neighborhood children’s Christmas parties and Easter Egg hunts to involvement in the Baltimore Symphony Associates including committee chair for the Symphony’s Decorator Showhouse during her time living in Lutherville, Md. After retirement to Ocean City, she never slowed down. Mike got involved in St. Luke’s Catholic Church as an usher for Sunday mass in addition to working on their fundraising events such as golf outings and Christmas bazaars. She was most passionate about the church’s knitting group which she ran for over 20 years. “Loving Hands for All” makes prayer shawls and lap blankets for nursing homes and baby blankets and hats for hospitals. In recent years, she and the group began making “Twiddlemuffs” for Alzheimer’s and dementia patients at Coastal Hospice.

She loved to share her beautiful home with family and friends by hosting parties filled with delicious food especially her famous rum cake.

Her life was filled with wonderful vacations and times spent with her family. She was a devoted wife and mother and in 2005, she got a new title which she cherished. She became “Nonny” when grandson, Jake was born followed a few years later by his brother Zach. She never left home without her “brag book” of the latest pictures of her grandchildren to share with her friends.

Memorial services and celebration of her life will be held at a later date. To be notified of event plans, please email celebrationoflifeformike@gmail.com.