BISHOPVILLE — John G. Widgeon, Sr., age 69, of Bishopville, died Tuesday, May 5, 2020 at home. John was born in Salisbury and was the son of the late John Vincent and Hilda L. (Pusey) Widgeon. 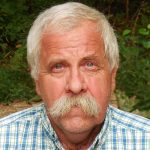 A graduate of Stephen Decatur High School, he was a self-employed, highly skilled carpenter whose talents can be visually seen throughout Ocean City today. Among his numerous creations were the original Fager’s Island and the many wonderful additions and improvements over the years including the dining room, the bridge and deck. He also built the Lighthouse Club Hotel, The Edge Hotel, The Coconut Malorie Resort, Duplex Daybreak, Bogart’s Restaurant in Salisbury and numerous elevator shafts in Ocean City buildings.

He was preceded in death by his brother and sister-in-law, Larry and Judy Widgeon, and a sister, Anita K. Dennis.

Memorial services will be private. 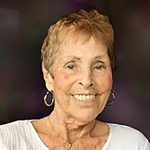 Born in Whiteville, N.C. she was the daughter of the late Pauline and Captain Reaves. She is survived by her beloved husband, Darrell (Bud) Mason Parrish, and children, Donna Reeder and her husband Leonard of Glen Burnie, and Keith Parrish and his wife Deana of Sykesville, Md. She has five beloved grandchildren, Brandon, Nicole, Benjamin, Anna, and Luke. She is also survived by her twin sister, Sally (Peggy) Garber, and many nieces and nephews.

Barbara or Pat as she was known to friends had worked for the Southland Corporation (7-Eleven) for 27 years prior to her retirement and move to Ocean City. She enjoyed spending time with her grandchildren and was always ready for a game of putt putt or cards. She also enjoyed shopping for her children and grandchildren. She was always the most gracious hostess when anyone visited her and Bud in Ocean City, she really enjoyed having friends and family visit.

Though Pat’s health was failing for years, few people knew the extent to which she struggled. Her joy for life, love for her children and grandchildren and indomitable spirit kept her pushing through the pain. Her and her husband Bud would have celebrated their 60th wedding anniversary this October. She will be missed by all who knew her.

A memorial service and celebration of her life is being planned and will be announced at a later date. Letters of condolences may be sent via www.burbagefuneralhome.com

A donation in her memory can be made to Coastal Hospice at: https://coastalhospice.org/make-a-donation/