WEST PALM BEACH, Fla. — John “Jack” T. Cossentino passed away on April 11, 2020 at his home in West Palm Beach, Fla. while surrounded by his loving family. 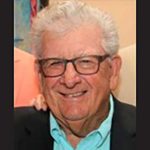 Born in Washing­ton, DC on Aug. 21, 1936 to Mary and Anthony Cossentino, he spent his formative years in Little Italy and the Baltimore area.

He began his work career at the Matricciani Company, a Baltimore based underground utility company. It was there that Jack learned the business working alongside his father. In 1968 he founded Cossentino Contracting Co., Inc. which has been a great success for over 52 years, specializing in underground utility construction. For many years Jack was involved in various business associations, such as Associated Utility Contractors of Maryland, National Utility Contractors Association, the Utility Contractors Asso­ciation of Anne Arundel County, and the Je M’en Fous Soci­ety. Jack always loved the business, loved his employees and cherished the relationships and friendships made along the way. In 2013, Jack and his son Kris formed Cosda Investments, LLC., a real estate based investment company. Jack will rest easy knowing his legacy will continue for many years with his son Kris Davis, the team at Cossentino Contracting and Cosda Investments, leading the companies into the future.

Upon retirement and before, he divided his time between his homes in Maryland and Florida. He was a 23-year member at the Preserve Golf Club in the community of Ironhorse, a place he dearly loved. Jack also enjoyed traveling and cruising, es­pecially the many trips to Italy, his favorite.

Jack loved life and was a genuine “Good Guy,” as many have described him. His charming personality and winning smile endeared him to all. He will always be remembered and in our hearts.

Services and a “Celebration of Life” will be held at a later date. 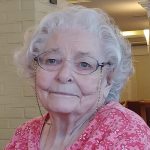 Born on Thursday, Dec. 25, 1924, in Emmitsburg, Md., she was the wife of the late Harold Sherman, who died in 2005. She is also preceded in death by two sons, Dr. Richard Sherman and Steven Sherman, Sr.  Ann enjoyed Bingo, crafts and spending time with her family.

In compliance with health and public safety directives during this time, the services for Ann will be held privately. In lieu of flowers, please make any memorial contributions in Ann’s name to Loving Eyes Puppy Club, c/o K. Cooke 356 Woodland View Drive, York, Pa. 17406.

BERLIN — Stephanie Jeanette Fisher, age 31, passed away after a long struggle with diabetes, depression and addiction. She was the daughter of Elizabeth “Beth” Quillin Fisher of Ocean City and Donald 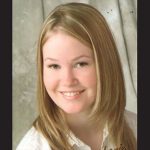 Ross Fisher. Jr. of Berlin. In addition to her parents, she is survived by her paternal grandmother Calvina Fisher of Ocean City, step-mother Rebecca Fisher and half siblings Hannah, Courtney and Ross Fisher of Berlin. There are numerous aunts, uncles, and cousins. She was predeceased by her maternal grandparents, John and Louisa Quillin, and paternal grandfather Donald R. Fisher, Sr.

Stephanie was a 2006 graduate of Ocean City Christian School. Multiple health issues, including a traumatic brain injury suffered in 2007, prevented her from pursuing future career opportunities. She found solace in her many pets which included dogs, cats, reptiles, and birds, most of which were rescues.

A graveside service will be held at a future date and will be private. A donation in her memory may be made to 3 Palms Zoo, 1060 Vandyke Greenspring Rd., Townsend, Del., 19734. This is a rescue zoo and education center which was very dear to her heart. Letters of condolence may be sent via: www.burbagefuneralhome.com . Arrangements are in the care of the Burbage Funeral Home in Berlin. 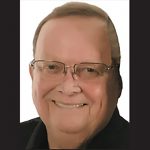 Born in Lewes, Del., he was the son of the late Greer and Colleen Bloxom He is survived by his wife, Bonnie Sue Bloxom, and children, Sean G.A. Odegaard and his wife Debbie, Shane L Odegaard and companion Kelly, Michele C. Shaffer and her husband Bryan, Skye A. Odegaard, daughter-in-law Meghan Odegaard, and brother David Bloxom and his wife Sharon and brother-in-law David Tull. There are eight grandchildren, Zoe, Jason, Samuel, Nathan, Brianna, Trevor, Wyatt, and Manuel, and several nieces and nephews, close friends, including special friends, Robert “Fish” Fisher and Douglas Gibbons. Preceding him in death was a brother, Roger Bloxom, and a sister, Donna Tull.

Larry was a graduate of Stephen Decatur High School and received his associate’s degree from Delaware Tech Community College. He had worked as a police officer for the Town of Berlin. An avid hunter and fisherman, he was president of the West Ocean City Hunt Club, proud 30-year member of the Berlin Fire Company, and charter member of Berlin FOP Lodge 136. Larry was a loving husband, father, grandfather and brother and will be missed greatly.

A celebration of life will be announced at a later date. A donation in his memory may be made to the Berlin Fire Company, 214 N. Main St., Berlin, Md. 21811. Letters of condolence may be sent via: www.burbagefuneralhome.com . Arrangements are in the care of the Burbage Funeral Home in Berlin. 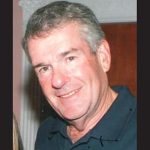 Born in New York, he was the son of the late Martin Dalton and Nora Keogh Dalton. He was preceded in death by his wife, Maureen Malone, in 2019. He is survived by Lauren Grillo and Christopher Grillo, Kim Golley, Liz Dalton Kelly and Caitlin Malone.

Mr. Dalton was an Army veteran and had been a facilities manager with Paine Webber. A member of St. John Neumann Catholic Church in Ocean Pines, he was very active in the Ocean City/Berlin Optimist. A naturalist even down to the food he ate, he loved to golf, kayak, fish and swim. Also a sports fan, he was a fan of the New York Mets, New York Giants and the Shorebirds – Silver Sluggers.

Internment at Arlington National Cemetery with his late wife, Maureen, will be scheduled at a future date. In lieu of flowers, donations may be made to the Ocean City/Berlin Optimist Scholarship Endowment Fund at PO 1403, Berlin, Md. 21843. Arrangements are in care of the Burbage Funeral Home in Berlin. Letters of condolence may be sent to the family via www.burbagefuneralhome.com. 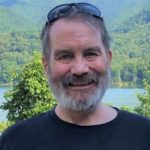 Eric is preceded in death by his parents, Paul and Margaret LaMade; his brother Brian LaMade; and mother in law, Myrna Cottle.

Eric is survived by his wife of 32 years, Jennifer LaMade.  He is also survived by his brother, Wayne LaMade; sisters Rene’ Graney, Paula Nelms, Kelli LaMade-Meagher and Donna Everhart; and dear friends Jude and Gary Beidenkapp. He also leaves behind numerous nieces and nephews.

Eric was a graduate of The Culinary Institute of America in Hyde Park, N.Y. and subsequently executive chef at many prestigious restaurants in the Baltimore/Washington DC area. Eric had a passion for music and especially enjoyed playing percussion instruments. He possessed a love for animals particularly Abilene, Gracie and his white German Shepherds. Eric touched many lives with his infectious sense of humor, kind soul, big heart and strong hugs.

There will be a celebration of life which will be announced at a later date.

In lieu of flowers, donations may be made in Eric’s name to World Central Kitchens at 202-844-6330 or donate.wck.org. 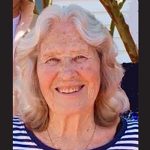 Born in Uniontown, Md., she was the daughter of the late Jesse Franklin, Baker and Marie Houck Baker. She was preceded in death by her husband, William Martin Ebaugh, in 2010. Surviving, are her daughters, Linda Sturgill and Virginia Case of Ocean City, Bonnie Mann and her husband Daniel of Crawfordsville, Ind. and Vickie Whittaker of Ocean City. She was an adored grandmother to Tyler Sturgill (Rachel), Cory Sturgill, Elizabeth Mann, Fletcher Case, Beau Mann and Emily Case and two great-grandchildren. Also surviving are her siblings, Edna Stephan and Thelma Carr (Scott), Raymond Baker (June), and David Baker, many nieces and nephews and a host of friends. She was preceded in death by a brother, Jesse “Junior” Baker.

Anna dedicated much of her life to being a homemaker. After moving to Ocean City in 1985, she and her husband owned and operated A&B Tile Works for 20 years. She enjoyed traveling and was extremely active in the lives of her children and grandchildren. She was also an experienced quilter, a talent shared by her mother and sisters.

Interment will be private for the family. A donation in her memory may be made to: Ocean City Volunteer Fire Department 1409 Philadelphia Ave., Ocean City, Md. 21842. Letters of condolence may be sent via: www.burbagefuneralhome.com. Arrangements are in the care of the Burbage Funeral Home in Berlin. 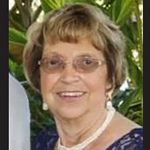 Born in Berlin, she was the daughter of the late Aubrey C. “Tooky” Dennis, and Virginia Lee Brittingham Dennis. She is survived by her husband, Joe Pylypczuk, and children, Cecil Tull and his wife Dana of Berlin, Denise Tull of Jacksonville, Fla., Christy Giroux and her husband Eric of Damascus, Md., and Jason Pylypczuk and his wife Aubree of Berlin. There are 10 grandchildren, Cameron Tull, Aubrey Tull, Brittany Wheaton, Claire Wheaton, Mallory Rayne, Noelle Rayne, Ally Rayne, Matthew Giroux, Adley Pylypczuk and Eva Pylypczuk, and two great-grandchildren, Amara and Carter.

A 1957 graduate of Stephen Decatur High School and earning associate’s degree from Wesley College, Pat had worked for 35 years with ABC Printers, and had been a Deacon at Buckingham Presbyterian Church in Berlin. She enjoyed cooking and delivering printed materials to her family’s many customers.

A graveside service in Sunset Memorial Park will be private for the family. In lieu of flowers, a donation may be made to the Berlin Volunteer Fire Company 214 N. Main ST., Berlin, Md. 21811 or to Women Supporting Women, 1320 Belmont Ave, Suite 402, Salisbury, Md. 21804. Letters of condolence may be sent via: www.burbagefuneralhome.com. Arrangements are in the care of the Burbage Funeral Home in Berlin