Linda was born on April 10, 1949 in Baltimore to George and Christine Plitt. She graduated from Patterson High School in 1967. She worked at Western Electric from the time she graduated until the plant’s closing in 1985 as an administrative assistant.

On May 10, 1975, Linda married the love of her life, Len Matricciani. Together they built a home and owned several businesses where they enjoyed working as a team. They moved to Cincinnati where they built their next home and enjoyed traveling. They were married for 22 years until Len’s passing in 1997. Linda moved to Ocean Pines in 1998, fulfilling their dream of retiring at the beach.

Linda (known as “Lynn” to her friends) had an endless passion for cooking and loved reading books. She was a member of the Ocean City Power Squadron. She cherished the events she attended and assisted with her fellow members. Lynn belonged to the Atlantic Health and Fitness Center, where she enjoyed chatting with members and staff. She enjoyed spending time with her family and loved watching her great nieces grow up. She was a kind, gentle, compassionate and giving person who has forever touched the lives of so many.

Linda is survived by her sister, Lauren; her niece, Christine and Christine’s husband Michael and their children Madeline and Ava; a nephew, Tom; sister-in-law, Denise; and brother-in-law, Brian.

A celebration of life will be held at a later date.

In memory of Linda, please consider making a donation to the Worcester County Humane Society, in honor of her love of animals and in memory of her beloved dog Chloe. 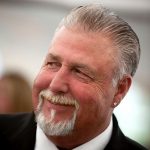 vacation with his wife, Bonnie Dypsky. He was 68.

Born Sept. 19, 1951 in Washington, DC, to the late Robert Cady and Mary (Raba) Cady, “Big Mike” cherished his family above all else and, in addition to Bonnie, was the loving father of Robert (and daughter-in-law Anne Marie) Cady of Harpers Ferry, W.Va., Jennifer Cady of Gaithersburg and the late Jessica Loomis, who passed away May 20, 2017. He was also the beloved “G-Daddy” to grandchildren Taylor Anne, Peyton, Camryn and Landry Cady and Jasmine, Jayden and Janay Loomis, and treasured “Pappy” to Evelyn and Kathryn Westman and Colton and Emerson Rhoad. Mike was the compassionate brother of Linda Ward of Centreville, Va., and proud uncle of her children, James Ward of Lady Lake, Fla., Patrick Ward of Silver Spring, Michael Ward of Kensington and Mary Ward of Centreville, Va. Mike was the inspirational stepfather of Erin (Jon) Westman and Crystal (Zach) Rhoad, all of Berlin.

Mike had a compassionate spirit, honest nature and quick-witted sense of humor, all of which endeared him to just about everyone he met. He truly loved to be social and thrived in any setting. As such, he will also be missed by a host of incredibly close friends, some dating back to elementary school, who constitute a list too long to include here.

While growing up in Wheaton, Md., Mike attended St. John’s College High School in Chevy Chase, Md., where he excelled on the football field. As a senior in 1968, Mike earned national recognition as one of 33 Parade Magazine All-America high school football team members for his play as an offensive guard. Mike was especially proud of his team’s induction into the SJC’s Athletic Hall of Fame — the school’s most prestigious honor — in 2018, which marked the 50th anniversary of its 1968 championship football season. In all, 16 members of the 1968-69 SJC football team went on to play college football, including Mike, who played at Texas A&M for legendary coach Gene Stallings, and later, Catholic University.
Mike also briefly played professionally, for the World Football League before it ceased operations, and as a training-camp invite of the Buffalo Bills, in the mid-1970s.

Mike would go on to work professionally as a construction superintendent in the DC-Metro region for decades, where he wore his love for all things DC on his sleeves, including his beloved Washington Redskins. He was also well known for his sense of fashion, which included his trademark fedora, stylish button-down shirts, hand-carved walking canes and meticulous collections of athletic shoes and baseball caps. Mike and his son, Bobby, shared a passionate love of sports and often wore matching team-issued outfits from head to toe.

Mike moved permanently to West Ocean City and married Bonnie in 2010, where the couple developed unbreakable friendships together. Mike began his “professional retiree” lifestyle at the beach in 2011 by volunteering each morning at his favorite hangout, the Full Moon Saloon, and working as a marshal at Ocean City Golf Club. He was also an avid exercise enthusiast who quickly and affectionately became known to all as “the Mayor” of Pure Fitness (formerly Powerhouse Gym) in West Ocean City.

It was also here that he created his lasting legacy. In 2012, Mike, along with two lifelong friends, founded the Matt Dillon Memorial Golf Tournament. Since its inception eight years ago, the multiday event has awarded more than $135,000 in contributions to St. John’s College High School athletics, Diakonia, Columbia Baseball Foundation, the American Red Cross and the Susan G. Komen Breast Cancer Foundation, among many others. At the time of his passing, Mike was hard at work planning the 2020 Matt Dillon Memorial Golf Tournament, set to be played Sept. 12 at Ocean City Golf Club.
A date and location for Mike’s celebration of life will be announced following the conclusion of the current global health crisis. In lieu of flowers, please consider a contribution in Mike’s name to the Matt Dillon Memorial Golf Tournament by visiting MattDillonGolf.com/Donate-Today. Please also visit BigMikeCady.com to share your memories and photos of Mike. 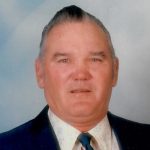 Born in Baltimore, he was the son of the late Lawrence Luther Calvert and Ruth Augusta Calvert. He is survived by his daughter, Ruth Rosemary Calvert Lawson (David James Lawson, Sr.) of Pasadena, Md., and sons, Lawrence (Bunky) Charles Calvert Jr, (Patti) of Tucson, Ariz. and Mark Luther Calvert (Tammie) Pasadena. He is survived by his sisters, Ruth Anna Jones and Florence Mary Hickey. He was proceeded in death by his brother, Robert George Calvert. He is also survived by his companion of over 50 years, Rosalie Dixon, and her five daughters Caroline Swarthout, Patricia Tolliver, Rosalie Goins, Teresa Crognali, and Laurie Day, who were like daughters to him. He is also survived by 14 grandchildren and 21 great grandchildren. Numerous nieces and nephews.

Peck served in the United States Army, Company 11th. Airborne Infantry Regiment, from where he was honorably discharged.

Peck was the Brooklyn Park owner of Calvert’s Gulf Service Station for 25 years and a resident of Brooklyn Park. He moved to Berlin in the mid 1980’s when he retired from Calvert’s Gulf. He enjoyed flying (Private Pilot), hunting, fishing and gardening.

He was a life member of the following organizations: Glen Burnie Lodge 213, Annapolis Forest 126, American Legion 123 in Berlin, Life and Chapter member of the N.R.A. Golden Eagles, Moose Lodge 1638, Berlin, and the Roland Terrace Democratic Club.

There will be a celebration of Life and interment at the Veterans Cemetery at a later date.

Arrangements are in the hands of the Burbage Funeral Home in Berlin. Letters of condolence may be sent via www.burbagefuneralhome.com