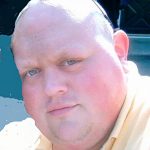 Born in Baltimore, he was the son of Susan Spangler Baer of Ocean View, and the late Glen E. Meadows. He is survived by his daughter, Emma Layne Meadows; sister, Michelle Badolato and her husband James, of Cherry Hill, N.J.; and niece, Addison Badolato. Also surviving is Nicole Meadows, mother of his daughter.

An Eagle Scout and honor student all through school, he received his bachelor’s degree from Lehigh University, attended Bucknell University, and his law degree from Weidner School of Law in Newark, Del. He practiced law for 10 years in Camden County, N.J. He played several sports in college including wrestling and rugby, but his favorite pastime was hunting and fishing. He later earned his captain’s license so he could run a charter boat.

A memorial service will be announced at a later date. Letters of condolence may be sent via: www.burbagefuneralhome.com. Arrangements are in the care of the Burbage Funeral Home in Berlin. 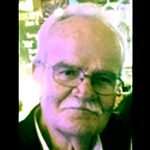 OCEAN CITY — George M. Fowler, 71, of Ocean City, passed away peacefully with his family at his side, on Wednesday, March 11, 2020 at Atlantic General Hospital in Berlin.

Born Aug. 24, 1948 in Havre de Grace, he was the son of the late James Nicholas Fowler and Mary Belle Hash Fowler.

George attended the local schools in Bel Air and graduated from Bel Air High School with the class of 1966.  After graduating, he attended Hartford Junior College for one year then transferred to the University of Maryland where he achieved a BS degree in Business Management and Advertising Design.

Following college, George joined the U.S. Army National Guard in 1970 and was honorably discharged in 1976.
George was owner and operator of Today’s Catch, Inc for 14 years, a waterman, merchandiser for the American Tobacco Co., production manager for The Framing Place, Inc, purchaser, sales and delivery for Choptank River Seafood, Inc, and broker, sales and distribution for Terrapin Fish Co., LLC.  He was a member of the Cambridge Elks and American Legion Post #91.

On April 19, 2004, George married the former Karen Marine and they were just one month shy of celebrating their 16th anniversary.  George and Karen were soul mates and enjoyed spending every moment together.  When he was not with his wife, George enjoyed hunting, fishing, especially surf fishing.  He was also a certified diver.

George loved his family and when his grandsons would come to visit this would always put a huge smile on his face.  He enjoyed attending their baseball games and was their biggest cheerleader.
He will be missed by all who knew him and his sense of humor which he had right up to his last day.
He is survived by his wife, Karen; daughter Kristen Fowler of Columbia, Md.; son Billy Abey (Angie) of Hurlock; grandsons Trey, Landon and Lane Abey; four great grandchildren; sister-in-laws Terri Rosta and Bonnie Rogers (Hobart); several nieces and nephews; and special friends.
Preceding him in death besides his parents is a brother, Nicholas Fowler.

To share online condolences with the family please visit www.newcombcollins.com

OCEAN CITY — The resort community this week lost a treasured friend and icon this week with the passing of Ocean City Tourism Director Donna Abbott.Abbott succumbed on Wednesday after a ferocious battle with cancer at the age of 62. Abbott was a fixture in Ocean City for decades, beginning her career in municipal government… Read more »