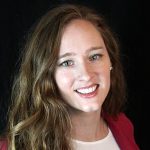 The WCEF was established in 2013 to provide a perpetual funding resource to assure every student has equal access to a world-class education, enabling them to function in today’s digital environment and to compete in a new, emerging job market.
As manager, Momme will help the foundation grow and expand its engagement within the community.

“I am beyond grateful to be given this opportunity to give back to the community and to do my part to bolster the educational achievement of all Worcester County Public School students through the effective use of innovation, relationships, and resources,” Momme said.

She is especially interested in working with the schools to see where the foundation can make the biggest impact for students, as well as help them get the resources they desperately need.

“We are so excited that Olivia has joined the Worcester County Education Foundation,” said Worcester County Public Schools Assistant Superintendent Annette Wallace. “She brings a skill set that will usher our foundation to new levels of philanthropic giving and community connections.”

BERLIN – The Lower Eastern Shore kicked off the new year with increased settlements and new listings, according to the latest numbers from the Coastal Association of REALTORS® (CAR).

“We saw a strong start to the new year and with mortgage rates hovering near a five-decade low, according to Freddie Mac, we expect a very busy spring,” said CAR President Joe Wilson. 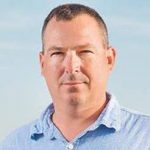 “I am pleased to welcome Joel Feldman to our Board of Directors,” said GOLD’s Executive Director Sandy Sipes. “He has a unique background, with diverse experiences that make him an incredible asset to the Board of Directors and the organization as a whole. We are excited and grateful that he plans to help us grow our annual GOLD on the Green Golf Tournament that is scheduled June 17.”

Feldman is a CEO and real estate agent with HergGroup Horizon of Keller Williams Realty. A retired firefighter, Feldman has a long history of community organizing and philanthropy. He has helped to coordinate the Chili Cook-Off to benefit GOLD’s Helping Hands for the Holidays Program for the past three years. A Worcester County resident since 2003, Feldman has shared his leadership through coaching with both Beach Lacrosse and Berlin Seahawks football for over 10 years.

BERLIN – Atlantic General Hospital and Health System has recruited a number of advanced practice providers – certified nurse practitioners and physician assistants – to the Eastern Shore in recent months as part of its efforts to improve access to health care for a growing population.

The healthcare organization continues to recruit for primary care providers as well as specialists in the fields of general surgery, orthopedic surgery and gastroenterology to address long wait times for appointments in a region that is categorized by the federal government as medically underserved. 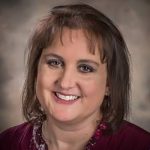 Carrie Dawes is a certified pediatric nurse practitioner with Atlantic General Health System. Dawes has more than 15 years of experience in advanced practice, having cared for children in both primary care and acute care settings. Prior to joining Atlantic General Health System, she worked at A.I. DuPont Hospital for Children as well as the pediatric trauma and surgery unit at Johns Hopkins Hospital and the Children’s Hospital of Philadelphia. She provides care alongside Drs. Laura Stokes and Anita Pascucci at Atlantic General Pediatrics in West Ocean City. Dawes’s arrival has made it possible for the practice to begin offering evening and Saturday appointments to busy parents. 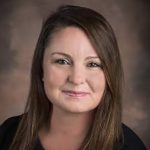 Kathleen Morris has joined Atlantic General Health System to practice with Dr. Sally Dowling at Atlantic General Primary Care in Selbyville, Del. Over the last 11 years, Morris has worked in Atlantic General Hospital’s medical/surgical and intensive care units where she provided patient care, and trained and supervised other nurses in her roles as charge nurse and preceptor. 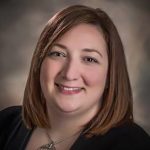 General Primary Care, in Ocean Pines. She has more than eight years of experience as a physician assistant, with a diverse background in urgent care, family medicine, geriatric care, occupational medicine and addictions treatment. 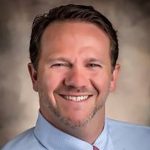 Gregory Wilkinson Smith is a certified physician assistant with Atlantic General Health System. He joined Atlantic General Primary Care in Ocean View, Del., in February to provide care alongside Dr. Kieran Py, and also cares for patients at the health system’s West Fenwick location. Smith is certified by the National Commission on Certification of Physician Assistants.

Alison Lathroum is a physician assistant at Atlantic General Internal Medicine, in Berlin. Raised in Worcester County, Lathroum is a graduate of Stephen Decatur High School. She earned her Bachelor of Science in Biology from Towson University, where she played Division I lacrosse, before attending Keiser University in Fort Lauderdale, Fla., for her Master of Science in Physician Assistant Studies. Lathroum returned to the Eastern Shore in 2015 to begin caring for patients in her community. She provides primary care to adult patients alongside internist Edwin Castaneda. 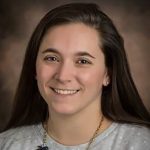 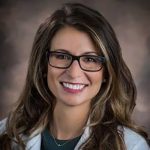 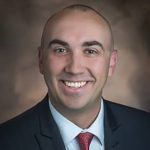