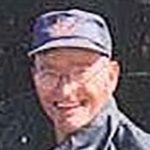 Johnie was born in Roxana, Del. and was the son of the late Charles Elmer and Roselie (Parker) Derrickson.

He was employed by Trimper’s Rides in Ocean City as a mechanic and worked with his son Johnie Derrickson II in his many entities.

He was preceded in death by his brother, Rodney Derrickson.

A Celebration of Life will be held at a later date.

In lieu of flowers, donations in his memory may be made to National Kidney Foundation, 30 East 33rd Street, New York, NY 10016 or www.kidney.org.

Condolences may be sent to www.bishophastingsfh.com.