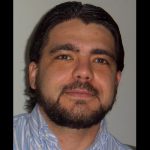 MARS HILL, N.C. — Christopher Joseph “Chris” Davis, 50, of Mars Hill, N.C., was killed in an auto accident the night of Friday, Jan. 31, 2020, while on his way home from work, having just learned of his father’s passing the night before.

Chris grew up in Ocean City and is a graduate of Stephen Decatur High school. He is survived by his mother, Kathleen Davis; his children, Arias Abbruzzi Davis, Chiara Abbruzzi-Davis, River Abbruzzi-Davis, Thomas Kelly, Noah Davis and Paxton Davis; and his girlfriend, Elizabeth Heck. He is also survived by his Aunt Linda Barris, Uncle John Barris and cousins Keith Barkley and Edward Walters. He was predeceased by his father, John “Jack” Davis. Chris’s life was devoted to all of his children, his parents and the life he was building in Mars Hill.

There will be no service at this time. A celebration of Christopher’s life will be planned in the near future to take place near Ocean City.

The family plans to start a fund to assist Chris’ surviving minor children, Noah (9) and Paxton (5). 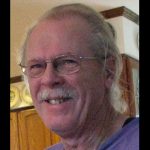 He is survived by his loving wife, Kathleen Ellen Davis. His son, Christopher Davis, tragically died one day later in an automobile accident. He is also survived by Christopher’s children, Arias Abbruzzi Davis, Chiara Abbruzzi-Davis, River Abbruzzi-Davis, Thomas Kelly, Noah Davis and Paxton Davis; his sister Bonnie Faulk and husband, David; niece Jenepher Esser and husband Tom; grandnephews TJ and Toby; grandniece Bonnie Esser; nephew David Faulk and his wife Samantha; and grandnephews DJ and Caleb. Other family members include Linda and John Barris, Keith Barkley, Edward Walters and a host of cousins. He was predeceased by his father and mother, John and Isabel Davis.

Jack had been an enthusiastic member of Ocean City Volunteer Fire Department, where he was affectionately known as “Rubber Legs,” and active in the Ocean City Cruzers Classic Car Club. He was a veteran of the U.S. Coast Guard and never left the place of his last duty assignment in Ocean City. His life was all about the preciousness of the family he built with his wife, his son, his grandchildren, his dog Frisco and his 1969 Chevelle.

There will be no service at this time. A celebration of Jack’s life will be planned in the near future to take place near his beloved Ocean City, where he lived for over 50 years.

The family plans to start a fund to assist Christopher’s surviving minor children, Noah (9) and Paxton (5). 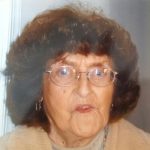 She was born in Hanover, Pa. the daughter of the late Norman and Gladys Wentz. She had the sweetest personality and was an avid animal lover. She retired from C & M Kemp Company in Glen Burnie and Rite Aid in Berlin. She moved to Berlin in 1996 and moved to Glen Burnie in 2015 because of health issues.

A funeral was held at Singleton Funeral Home in Glen Burnie on Jan. 24, 2020.

SNOW HILL – Worcester County’s drug treatment court program celebrates its 15th anniversary this December.The program, designed to offer treatment to those committing crimes due to substance abuse, has played a key role in helping individuals achieve recovery in Worcester County.“The program is of utmost importance because punishment alone does not remedy the issue of… Read more »