In 2019 Berkshire Hathaway HomeServices (BHH) PenFed Realty Ocean City, Ocean City West, and Ocean Pines Offices were ranked as the top sales office for units sold in Worcester County, according to local MLS ranking reports. These three offices combined helped over 1,000 home buyers and sellers with their homeowner needs in 2019.

Sales professionals to be recognized for their achievements include the following: 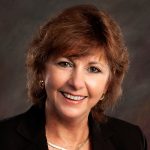 Mommé has earned her real estate sales license after extensive experience in leading nonprofit organizations on Maryland’s Eastern Shore, having served as president and CEO of the United Way of Lower Eastern Shore for nearly 25 years. During her previous career, she worked with businesses, community leaders and residents in Worcester, Wicomico, Somerset and Dorchester counties.

“Kathleen’s previous career experience, extensive knowledge of the local community, negotiating skills, stellar reputation combined with her vast business connections will make her a valuable asset to her customers and clients,” said Leslie Bauer, branch vice president of the Coldwell Banker Residential Brokerage Salisbury office. “We enthusiastically welcome Kathleen and are delighted she did her due diligence and chose to affiliate with Coldwell Banker Residential Brokerage.”

“With the shortage of housing stock in Wicomico County and continually improving residential market conditions, a local builder saw this as an opportunity,” Hanna said.

“With strong residential demand in this market, a residential developer saw the value in this opportunity. Whether it is the convenient location right off Route 50 or the proximity to downtown Salisbury, this will surely be a new construction development you will want to watch out for,” said McClellan.

OCEAN PINES — EXIT Realty At The Beach in Ocean Pines announced the addition of Jessica Gresczyk to its family of real estate professionals.

According to Bernie Flax, Broker/Owner of EXIT Realty At The Beach, Gresczyk is known among colleagues and clients alike for her integrity, expertise, professionalism and approachable personality.

Hoop Tea is raising capital to grow the brand from local success to national beverage brand.  Hoop Tea will use the capital to expand new and existing territories and develop new flavors. The WeFunder campaign has raised over $70,000 so far.  It will run for a 60-day period. Investment is open to the public with a minimum investment of $1,000.

“It’s rewarding to be part of a company like this,” said founder/CEO Daniel Robinson. “We’re raising money through crowdfunding because we want as many people as possible to be a part of this. It’s only fair that our loyal tribe of fans get to share in that feeling of building something bigger than ourselves. I see this as an opportunity to own part of this company without having to quit your job and move to the beach.”

Hoop Tea is a craft alcoholic iced tea that was born at Backshore Brewery in the summer of 2015.  Hoop Tea has shown remarkable sales growth and traction in regional mid-atlantic states. Hoop Tea has been able to do millions in sales in only four short years and has dominated hard tea sales beating out national competitors.

“It is time to pour fuel on the fire by hiring a rockstar team, increase production and expand distribution. The demand for Hoop Tea is growing faster than we can supply the product.  We’ve proven that we can compete and win against larger established competitors. It is thrilling to imagine what this company can do with access to adequate funding.” said Robinson. 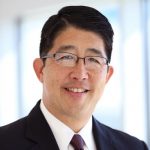 LEWES – Beebe Healthcare’s Board of Directors has chosen David Tam as the next president and CEO of the health system after a nationwide search. Tam will officially start in April.

Most recently, Tam served as the Chief Operating Officer of Providence Saint John’s Health Center in Santa Monica, California, part of Providence St Joseph’s Health, one of the largest and most comprehensive not-for-profit health systems in the nation.

“As Beebe Healthcare continues to grow as an independent health system, Dr. Tam emerged as the ideal candidate from an extensive and qualified list,” said David Herbert, Chair, Beebe Healthcare Board of Directors. “Not only did his credentials give us confidence that Beebe’s growth and emphasis on innovation will continue, but his personal philosophy and style as a hands-on physician leader match our Values that connect us with the community.”

Tam is credited with managing St. John’s transition from the Sisters of Charity of Leavenworth to the Providence Health system. His accomplishments include opening a new telemetry unit and ambulatory surgery centers, optimizing inpatient and ambulatory surgeries, streamlining work-flows in the emergency department, managing service lines, and improving quality and safety throughout the hospital. He also oversaw the construction of an award winning $856 million hospital, Palomar Medical Center in Escondido, California, in his previous position as the Chief Administrative Officer of Pomerado Hospital and Palomar Health Downtown Campus at Palomar Health.

A retired vaptain in the United States Navy after 24 years of active service, Tam is passionate about issues related to social determinants of health, such as poverty, veterans’ needs, rural healthcare, diversity, as well as community and value-based care. He has been on multiple national boards, including the Institute for Diversity and Health Equity of the American Hospital Association.

Prior to his work in the civilian sector, Tam served as Chief Operating Officer for the Western Region of Tri-Care, the US military’s health insurance program that covers 2.9 million lives.

“It is a privilege to join Beebe Healthcare with its impressive 104-year history, strong leadership team and medical staff, and commitment to the community as a healthcare organization,” Tam said. “The future for Beebe is exciting given its expansion and goal of creating a comprehensive health system to serve its community. I am honored to be selected for this important work and look forward to the opportunity of continuing this momentum in Creating the Next Generation of Care for Sussex County.”