BERLIN- David Allen Bryant passed away peacefully at his home on Tuesday, January 21, 2020. 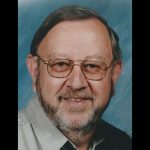 He was born on May 11, 1942 at home in Berlin, Maryland. He was the son of Lelia D. Bryant and William J. Bryant. David was very talented at his favorite pastime of woodworking. He enjoyed bowling, camping and fishing. Family meant everything to him. His outgoing personality and his great sense of humor was shared with us all.

David was a member of the Bonita Springs Lions Club and Mt. Hermon United Methodist Church. He had been employed by Acme, A&P, The Harrison Group of Ocean City and by the Maryland Department of Child Support.

David is survived by his devoted wife of 39 years, Nancy Eby Bryant; his son Jason Allen Bryant and three daughters, Kristina Wheaton, Heather Bowman and Bethany Bryant. He is also survived by a cherished grandson, Bryant Bowman and a sister Ruby Evans. He was preceded in death by his brothers Roger, William, Charles and sisters Catherine, Pauline, and Louise. 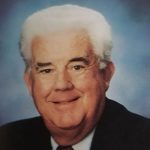 Ron was born in Selbyville and was the son of the late Phineas and Sallie (Workman) McCabe.  He was a Real Estate agent for many years in the Ocean City area. Ron was a member of Fenwick Island Baptist Church and a past member of AMSA in Berlin. He enjoyed fishing and won several tournaments. 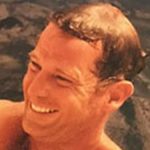 David Fey was born at the beach and loved it to his core. In September 27, 1952 there was a home birth in Haleiwa, Hawaii attended by the neighborhood Navy wives. His father, Commander George W. Fey was stationed at Wheeler Airfield, and his mother, M.J. Fey, quickly learned that, while the men were ‘in the air’, the women knew how to take charge.

David then lived most of his childhood in Maryland in Chevy Chase and Bethesda and attended Walt Whitman High School and Montgomery College, but his lifelong draw was to Ocean City. He loved the water, the seafood and cooking. David was a skilled chef and worked at some of the beach’s finest restaurants. He had a trove of recipes, anecdotes and friends to share them with, which he discerningly collected over the years.

In the early 90’s, David took a chance and moved to the ‘other coast’ and San Francisco became home for two decades. He joined Macy’s and helped generate bigger interest in their foodie-draw concept, The Cellar. He encouraged world-renowned chefs to bring their specialties to an eager retail audience, and this soon became a hit. He was proud of the marriage of great food and sales, but he was prouder still of his marriage to his love, Terry, in 1995.

They moved back to Ocean City in 2017.  Their life and friends at the beach were a constant source of celebration. David passed away at 67, the result of a massive heart attack on January 25th. David is mourned by his family and all his many friends.

His wife Terry, his sister Janet Freeman of San Francisco, his nephew Chris Freeman and family of Pine Knoll Shores, N.C. and brother Scott of Paradise Valley, Arizona will be holding a Memorial Service in Ocean City in March. Any and all contributions can be made to American Cancer Society in his memory.