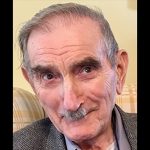 village as refugees and later were incarcerated in a Nazi labor camp. The camp was liberated by Allied forces at the end of the war, and the family was subsequently housed in a succession of Displaced Persons camps in post-war Europe for several years. In 1949, Bohdan and his family were able to resettle in the United States when they were sponsored by a prominent farming family in Berlin. Bohdan’s father was given a job and the family a home and a fresh start.

As a young man, Bohdan enlisted in the U.S. Army and served overseas. After leaving the service, he moved to Baltimore, where he would become an industrial mechanic, marry his wife Halyna, and together start and raise a family. Bohdan was always an active member of the Ukrainian-American community in Baltimore, serving as an officer of the Ukrainian Self-Reliance Credit Union and performing in the St. Michael’s Ukrainian Catholic Church Choir, among many other roles within local Ukrainian-American cultural and civic institutions.

In 1978, Bohdan and his family moved to Berlin, so that Bohdan could help his father expand his poultry farm and gradually transition into retirement. For years, Bohdan was among the most outstanding producers for Perdue Farms. He was also active in the small but proud Ukrainian-American community on the Eastern Shore. In his spare time, Bohdan passionately followed developments in U.S. and Ukrainian politics and international relations, voraciously reading materials from a wide variety of sources. He proudly sent his three children off to college and instilled in them and his grandchildren a strong commitment to honesty, hard work and dedication to family. He was always grateful for the opportunities that the United States had given him and his family, and he felt strongly that keeping well informed and being active in the democratic process were key to keeping the American dream alive and well.

Bohdan is survived by his daughter, Teresa Tyndall; his son and daughter-in-law, Michael and Denise Macuk; his son, Mark Macuk; his grandson and granddaughter-in-law, Matthew and Olivia Tyndall; and his grandson, Daniel Tyndall. Bohdan was predeceased by his wife, Halyna, and their eldest son, Bohdan. A service in memory of Bohdan’s life will be held at the Burbage Funeral Home in Berlin on Saturday, Jan. 25 at noon. Visitation will precede the service from 11 a.m. until noon.

Arrangements are in the care of the Burbage Funeral Home in Berlin.  Letters of condolence may be sent to the family at www.burbagefuneralhome.com

OCEAN CITY — Grant B. Spurrier, age 90, of Ocean City, formerly of Baltimore County, passed away surrounded by loving family on Saturday, Jan. 18, 2020 at his home.

He was born in Baltimore on May 21, 1929 son of the late Harry R. Spurrier and the late Ethel B. (Dennis) Spurrier.  Grant retired as an ironworker with Ironworker Local #16 in Baltimore. He will be remembered for his great sense of humor, love of family and love of the Baltimore Orioles.

In addition to his parents, he was preceded in death by his wife, Rita Spurrier in 2013; his son Grant B. Spurrier, Jr. in 1988; four brothers, Elmer, Harry, Nelson and Donald Spurrier; and a sister, Colleen Davis.  He is survived by his second wife, Grace (Kolb) Spurrier; his daughter, Jayne Fiore; son-in-law Gregory Fiore; four grandchildren, Grant Spurrier, III, Andrew Spurrier, Justin Fiore and Amanda Fiore; and six great grandchildren, Abbey and AJ Spurrier and Ava, Ella Lydia and Julia Fiore.

In lieu of flowers, the family suggests memorial contributions in Grant’s name to SonRise Church at the above address. Online condolences may be sent by visiting www.melsonfuneralservices.com 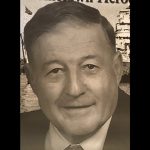 He is survived by his devoted wife of 56 years, Rosalie Gault Smith, and beloved sons, Stephen G. Smith of Massachusetts and M. Ross Smith, Jr. and wife Tetsuko of Durham, N.C. and two adored grandchildren, Karen and Spencer (“Tom”) Smith. An older brother, Preston W. Smith of Denton, and a special niece Marian Grimes of Wilmington, Del., a brother-in-law David and wife Beverly Gault of Bishopville and many nieces and nephews also survive.

Known by most as Smitty, he served in the US Navy during the Korean Conflict, and later graduated from what is now Salisbury University in 1960. He began his teaching career in Montgomery County and retired from Red Clay School District in Delaware in 1990.

He and Rosalie raised their family in Newark, Del. since 1963. They lived in Bishopville since 1992.

Always active in sports, he was inducted into Salisbury University’s Athletic Hall of Fame. He was a standout soccer (“The Talented Toe”), baseball and basketball player. He coached and officiated high school basketball while still playing sports himself for many years.  Later, in retirement, he became an avid gardener and the same delight that fueled his love of sports was transplanted to another field.  Throughout his life he took joy in the company of his many friends.

Forever the teacher, he was in a study with the National Institutes of Health (NIH) and his brain was given to Johns Hopkins. As was his wish, his body was donated to the Anatomy Board of Maryland for use in medical research.  In honor of his memory consider a donation in support of youth and education.

“Somewhere there is the spirit of a young boy, happy youth and an enthusiastic man running toward a voice, “play ball”.”

A gathering will be held in his memory at a later date.

Born in Newark, she was the daughter of the late Edgar Powell and Gertrude Langmaid Powell.

She is survived by her children, Ralph Bowden Jr. and his wife Debbie of Snow Hill,, Emily Horseman and her husband Raymond of Linkwood, Md., Roy Bowden of Berlin, Virginia Bowden also of Berlin, Dorothy Greenwalt of Whaleyville and Albert Bowden and his wife Betty of Willards.

She was preceded in death by her husband of 73 years, Ralph Bowden Sr., who passed away in 2013. Also, preceding her in death were her sisters, Nellie Jackson, Daisy Snyder, Edith Bowden and Gladys Trader; brother Burton Powell; son-in-law Marvin Greenwalt Jr.; daughter-in-law Faith Bowden; two grandsons; two granddaughters; and one great-grandson.

Mrs. Bowden and her husband had owned and operated a dairy farm for many years and she had also been a poultry producer for many years.

A graveside service was held at Bowen Cemetery in Newark. Officiating was grandson Pastor Bruce Bowden.

Letters of condolence may be sent via www.burbagefuneralhome.com.