BERLIN — The Lower Eastern Shore saw a boost in home sales in December, according to the latest numbers from the Coastal Association of REALTORS® (Coastal).

The average Cumulative Days on Market (CDOM) for November was 136, or 12.4 percent higher than the same time last year. Individually, CDOM decreased by eight percent in Worcester, and increased by 2.3 percent and 52 percent in Wicomico and Somerset, respectively.

“Despite the continued decline in available inventory, our settlement numbers still increased last month, which is great,” said Coastal President Joe Wilson. “It is likely that last month’s mild weather and continued low mortgage rates really worked in our favor.” 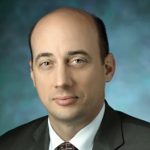 succeeds Colleen Wareing, who has served in this role for the past 15 years.

Morris has been a registered nurse for more than 20 years, earning his Bachelor of Science in Nursing from the University of Maryland Baltimore (UMB) and a Master of Science in Health Services Leadership and Management from UMB, before completing a Doctor of Nursing Practice degree at the University of Alabama. He is also a board-certified nurse executive through the American Nurses Credentialing Center (ANCC).

He has worked in progressive nursing leadership roles in several hospitals in the Baltimore area, most recently serving as the director of nursing for the Surgery and the Physical Medicine and Rehabilitation units for The Johns Hopkins Hospital.

“Colleen Wareing has made an indelible mark on the fabric of the culture at AGH and she has shaped the stellar nursing practices that are in place here today,” said AGH CEO/President Michael Franklin. “We are sad to see her go and her retirement from Atlantic General is bittersweet, but we are fortunate to have gained another great leader in Matt Morris. I look forward to working with him.”

Morris began his duties at Atlantic General on Jan. 6. 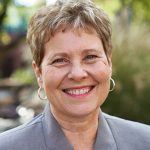 SALISBURY – Veronique Diriker, has joined the Community Foundation of the Eastern Shore as Chief Strategy Officer. Veronique will lead the foundation’s strategic planning and implementation with a focus on its continued growth, impact, and effectiveness.

“The Community Foundation has a longstanding history of leadership and expertise in philanthropy, and we ensure this on the ground level by developing a team that is cutting-edge in their respective fields” says Erica Joseph, CFES President. “Veronique’s extensive knowledge and skill set makes her a natural addition to our team as we build for the future.”

“It is an honor to join an organization that has made such a profound impact on the Lower Shore, its residents, and its non-profit sector,” says Diriker. “I look forward to working closely with our highly competent staff, engaged volunteers, and dedicated partners, so that we can continue to strengthen our community.”

Named to the Chairman’s Circle Gold-Top 2% in the franchise with over $280,000 total GCI or 70 units were The O’Hare Team, Cindy Poremski and Marlene Ott.

Awarded for President’s Circle-Top 5% in the franchise with over $185,000 total GCI or 50 units were Sandy Dougan and Debbie Bennington.

Named to the Honor Society-Top 14% in the franchise with over $75,000 total GCI or 25 units were Sally Stout, Beth Miller, John Talbott and
Bob Poremski.

SALISBURY — Advisor Christian Phillips recently co-brokered the sale of 1223 North Salisbury Boulevard, a 17,000-square-foot building on Route 13 northbound.  A large portion of the building fronting the highway will be occupied by Season’s Best Antiques of Salisbury and the remainder will be listed for lease by the purchaser, Bret Davis of Davis Strategic Development.

“This sale is another great example of what happens when local brokerages work together in the best interest of our clients and community,” said Phillips. “NAI Coastal, SVN Miller and Keller Williams all brought unique knowledge and expertise to the table and because of that, we were able to effectively produce the results that the community has come to expect.”