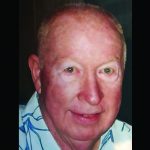 Ed was born in Louisville, Ky. on Aug. 18, 1936, son of the late Edgar C. and Marion A. Turney, and moved to Silver Spring at the age of 10. He graduated from Blair High School in 1954, where he was a two-year letterman, quarterback and co-captain of the football team. He attended the University of Maryland and graduated from the Northwest Radio and TV School in Washington D.C. His first job in radio was at WDON in Wheaton, Md. While working at WJWS Radio in South Hill, Va., he met his wife, Jeanene Crowder, and they were married in 1958. He served in the United States Army from October 1958 until February 1962, after being extended for three months during the Berlin crisis. He was stationed at Fort Ord, Calif. for most of his service, doing a radio show for the troops and working in the Broadcast Specialist Office. He also worked part time at station KSBW Radio and TV in Salinas, Calif., doing a radio show, TV commercials and serving as a TV news reporter. In 1963, he became part of the TV News Department of WMAL Radio and TV, which later became WJLA-TV 7 in Washington D.C.

Throughout his career he covered stories ranging from the unlikely friendship of a dog and a duck, to the funeral of a U.S. president. His unique, immersive reporting style led to him portraying a clown in the Barnum and Bailey Circus, being held captive in Belfast, Ireland and everything in between. He will be remembered for his series profiling a young Mississippi boy named Jonathan Lollar as well as his coverage of the Goofy Games in Walt Disney World. He is credited as the first Washington D.C. reporter to introduce and popularize the idea of human interest stories on local TV news.

Over his 36-year reporting career, Ed received many accolades for his work, including 17 local Emmy Awards, The Ted Yates Award and the Ice Capades Good Skate Award. He touched the lives of many people with one-of-a-kind reporting on his segments Good Neighbors, One Good Turney Deserves Another, Turney’s World, and Turney’s Journeys.

During his free time, he enjoyed boating and fishing on the Chesapeake Bay with his family. When he retired in 1998, he and his wife moved to Ocean City for a life of fishing, fun and relaxation. In 2000, he was diagnosed with Leukemia; but not being one to let an illness keep him down, he continued to fish and began working part-time at the Sunset Provisions Tackle Shop at Sunset Marina. Ed enjoyed life to its fullest, loved and enjoyed his children and grandchildren and was a friend to everyone.

He was preceded in death by his mother and father; sister, Constance T. Springmann in 1993; and daughter, Marianne T. Sevy in 2015.

Services were held at Stauffer’s Funeral Home in Frederick on Dec. 30. Internment followed at Mt. Olivet Cemetery. A Celebration of Life will be held in Ocean City at a later date.

In lieu of flowers, contributions may be made to the Cancer Research Institute, 29 Broadway, Floor 4, New York, N.Y. 10006. 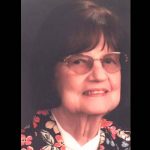 Online condolences may be left at www.schimunekfuneralhomes.com.