SNOW HILL – The Worcester County Commissioners approved the consolidation of three departments with a split vote this week.

The commissioners voted 4-3 to combine the departments of recreation and parks, economic development and tourism into one entity headed by Tom Perlozzo, who was hired by the county to lead recreation and parks last year. Commissioner Chip Bertino voiced strong objections to the consolidation, which he said was being rushed into for the wrong reasons.

“It has been hoisted high upon the shoulders of personality, but it fails to reach the bar of proper due diligence,” he said. “This proposal hasn’t been vetted, it contains no management measures to determine near- and long-term viability, it has provided no marketing, strategic or operational plan for review, discussion or approval by the commissioners. We haven’t even met with the directors of the departments involved.” 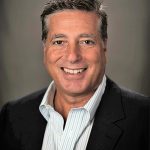 Bertino said the proposed consolidation was a major change to government operations that was set to occur in the middle of the fiscal year.

“There has been a headlong rush to make this move without benefit of an objective assessment to determine need or value to taxpayers, nor an understanding of the long-term impacts this will have in the overall operations of county government — both positive and negative — nor has there been a discussion of strategic benefits,” Bertino said.

“We have not had an opportunity to evaluate or assess the results of these moves,” Bertino said.

He said that the county’s human resources department regularly reported difficulties in attracting applicants to vacant positions. The county held a job fair earlier this month in an effort to fill more than a dozen vacancies.

“We have been told that the county’s compensation scale is not adequate to retain needed and qualified employees …,” Bertino said. “How far would the tens of thousands of dollars that are embedded in this consolidation proposal to increase the compensation of a couple of employees personally affected by this change go to alleviate the recognized compensation concerns of current employees and bolster recruitment efforts? I don’t know because we haven’t had those conversations.”

He stressed that the consolidation proposal should not be discussed now, but rather during the next budget development process and should be based on more than just the “personalities involved.”

Commissioner Jim Bunting said he shared Bertino’s concerns. He said this was the first time a department consolidation resolution had been considered in his nine years as a commissioner.

“Not only is it a consolidation resolution it’s also approving new positions and naming the people,” Bunting said. “I just don’t understand why the two are combined therefore I will not vote for it either.”

The motion to approve the consolidation resolution, made by Commissioner Josh Nordstrom, passed with a 4-3 vote. Bunting, Bertino and Commissioner Ted Elder were opposed.

In a press release issued after the meeting, Commission President Joe Mitrecic praised the consolidation.

“These are very important departments to our tax base, and this unification is exactly what is needed to move the county forward,” he said. “Like other jurisdictions that have a similar structure, this restructuring is expected to generate a synergy that cannot be duplicated in standalone departments.”

When asked about the financial impact the consolidation would have, Public Information Officer Kim Moses said there would be a “nominal savings (0.2%) based on shared personnel.”

“With an eye on the broader fiscal picture, we anticipate new revenues to be generated through the collaborative efforts of these professionals, all experts in their respective fields, as they work cooperatively to identify and attract new businesses, services, and events to our area while also facilitating the growth of existing businesses and tourist attractions in Worcester County,” she said.