BERLIN – The Lower Eastern Shore saw a dip in activity in November, according to the latest numbers from the Coastal Association of REALTORS® (Coastal).

The average Cumulative Days on Market (CDOM) for November was 127, or 25.3 percent lower than the same time last year. Individually, CDOM increased by 9.1 percent in Worcester, and decreased by 5.3 percent and 52 percent in Wicomico and Somerset, respectively.

“We continue to see our settlement and listing numbers decline, but it’s a good sign that prices are up and homes are moving off the market faster, as per the lower CDOM,” said Coastal President Joe Wilson. “The demand is there, but we continue to struggle with available inventory. New home construction on the Lower Eastern Shore will be vital for our industry in 2020.” 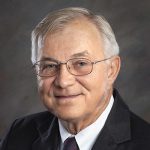 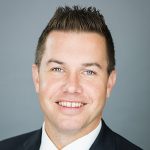 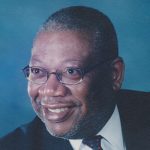 SALISBURY — The Community Foundation of the Eastern Shore recently announced Ed Barber, Dean Lewis and David Mitchell have joined the foundation’s Board of Directors.

Barber retired in 2011 as Assistant Superintendent for Administration of Worcester County Public Schools. He has 37 years of experience in education, starting as a school psychologist and then school principal and supervisor in Somerset County.

Lewis is the Chief Financial Officer & Treasurer of Calvin B. Taylor Bank. He is a Certified Public Accountant (CPA) and holds a master’s degree in taxation. He currently serves on the board of directors for Taylor Bank and the Atlantic General Hospital Foundation. He is also a member of the Finance Committee of the Board of Trustees of Atlantic General Hospital, Franklin P. Perdue School of Business Career Advisory Board at Salisbury University and the Investment Committee of the Community Foundation.

Mitchell retired as an Associate Judge of Baltimore City Circuit Court. He was appointed to Maryland’s Eighth Judicial Circuit in 1984 and served until his retirement in 2001. He has served on the board of directors of the National Council of Juvenile and Family Court Judges and The Peddie School.

“We are looking forward to the contributions Ed, Dean and David will make in Foundation leadership, coupled with their strong passion for philanthropy and the local community,” said Erica Joseph, CFES president.