BERLIN – In the wake of another successful Berlin Christmas Parade, officials praised those who worked behind the scenes to make 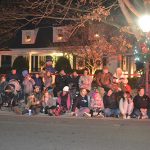 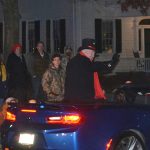 At Monday’s meeting of the town council, officials thanked the law enforcement agencies, town staff and the more than 40 volunteers that made the annual event possible.

“I’d like to say thank you to all of the volunteers and everyone who helped assist with the wonderful Christmas parade we had on Thursday with zero incidents,” said Ivy Wells, the town’s economic and community development director. “It was a really awesome parade.”

Councilman Dean Burrell said he’d heard nothing but positive comments about the parade.

“Folks say Berlin has the best parade in the area,” he said.

Burrell asked if the parade could be televised in the future.

“My neighbor is homebound,” he said. “She said to me it really would be good if she would be able to watch the parade on TV.”

Wells said that WBOC had filmed the parade the last three years and that it could be viewed on the station’s website. Councilman Zack Tyndall asked if the town could show that video on its public access channel.

Mary Bohlen, deputy town administrator, said that could not be done with the town’s current system.

“Obviously other communities do it but it’s quite more of an undertaking than it seems on the surface,” she said. “It’s certainly something we can look into.”

Mayor Gee Williams asked her to go ahead and research the possibility, as next year’s budget development process was not yet underway.

This year’s Berlin parade featured 80 entries, ranging from marching bands to motorcycle clubs. Wells said the parade was full — with a waiting list — by September. She even had calls as late as last week from people interested in participating. She said she wasn’t surprised, as the parade had been increasingly popular in recent years.

“It’s at night and visually it’s a beautiful parade,” she said.

While this year’s parade was successful, Wells said organizers would be making a few minor changes for next year, when the town will mark the 50th anniversary of the parade. She said simple work trucks with no accompanying float or marchers would no longer be permitted.

“We have so many people that want to enter we’ll pick and choose,” she said. “You’ve got to step up your game.”

Confetti will also not be allowed. Wells said some onlookers voiced concern after one of this year’s floats left confetti all over the street.

“Some say no confetti you’re littering, then you have the other contingent that says it’s a parade there should be confetti,” she said, adding that town officials had opted to not allow it going forward.