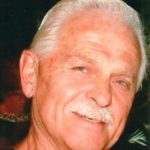 Born in Teaneck, N.J., he was the son of the late William H. Nelson, Sr. and Viola Miller Nelson. He is survived by his wife, Judith Felber Nelson, and children, William J. Nelson and his wife Heather of New Jersey and Lenore Szuszkowski and her husband Mark of New Jsersey. He was preceded in death by his daughters, Katherine Wright and Audra Counterman. There are four grandchildren, Kersten Szuszkowski, Kyle Szuszkowski, Evan Nelson, and Lauren Nelson. Also surviving are his brothers, Robert Nelson of Virginia, Lawrence Nelson of New Jersey and sister, Christine Diana of New Jersey.

Mr. Nelson had served in the United States Army National Guard. Later he had worked as a Manager of A&P Grocery Stores in New Jersey, then sales and truck driver for Pepsi Cola Company in New Jersey and part-time bus driver for the Town of Ocean City. He grew up in Rochelle Park, N.J., then later residing in Hopatcong, N.J. with his wife and children for 30 years, moving to Ocean Pines, in 1997.

A celebration of life and gathering was held Nov. 22 at the Burbage Funeral Home in Berlin. A donation in his memory may be made to Coastal Hospice, P.O. Box 1733, Salisbury, Md. 21804, or Mesothelioma Research Foundation, 1615 L St. NW Suite 430, Washington, DC, 20036. Letters of condolence may be sent via www.burbagefuneralhome.com

BERLIN — Gordon Harcourt Addy passed away on Nov. 11, 2019 after a long battle with cancer. 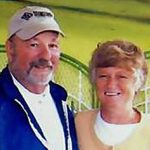 Born on Oct. 28, 1933, he just celebrated his 86th birthday at home. He was a quiet man who enjoyed spending time with his family and friends and bragging about his seven grandchildren. He was a veteran of both the Army and the Air National Guard. His hobbies were hunting and fishing, golf, celebrating life with family and friends, and spending time at the Synepuxent Rod and Gun Club – trapshooting always with a score of 25 (!). He was a printer by trade for over 40 years at Decatur Press.

Gordon was preceded in death by his first wife and mother of his children, Francis Jean Addy. He is survived by his beloved wife of 25 years, Patricia A. Addy (Patty). His children include Patricia and James Whalen, Charles and Kathy Cross, David and Julie Addy and Joanne Addy. His grandchildren of whom he was so proud include Steven B. and Lisa Cross, Tyler B. Cross, Travis M. and Britany Cross, John D. Addy and Liam M. Addy.

Gordon donated his body to the Maryland State Anatomy Board to advance medical study and to improve the health of generations to come. A celebration of his life will be announced at a later date. Relatives and friends are welcome to share a memory with the family at www.burbagefuneralhome .com. 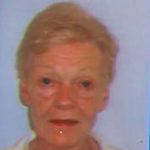 Joan donated her body to science in the hope her body may provide life to someone in need.

Joan was the sister of Mary Lamberson, sister-in-law to Richard Lamberson and Loving wife of Jerry Horgan (deceased) and auntie to many family members. Joan was a long-time resident of Ocean City.

Joan worked for many years at the Ocean City movie theaters, often seen taking tickets and seating patrons. She also worked at the senior center, was a member of the Irish American Club and Ancient Order of Hibernians

Originally from Queens, Woodside, N.Y., she relocated to Ocean City where she lived for over 20 years.

A celebration of life in memory of Joan will be held at a later date.