SNOW HILL — A Cockeysville, Md. man pleaded guilty last week to negligent manslaughter by motor vehicle in a fatality last summer and now faces as many as 17 years in prison.

During a pre-trial motions hearing last Friday, Todd Pivec, 41, pleaded guilty to negligent manslaughter by motor vehicle and driving a vehicle not equipped with ignition interlock as required. The Worcester County Circuit Court judge ordered a pre-sentence investigation and sentencing has been scheduled for Feb. 14. Pivec faces a total of 17 years in prison at sentencing.

Around 1:15 a.m. on June 21, the Ocean City Police Department (OCPD) received a call about a reported drunk driver leaving an uptown bar and a description of the vehicle. OCPD officers located the suspected vehicle, a white Lexus LX570, in the area of 59th Street and Coastal Highway and attempted to stop it.

According to crash investigators, Pivec failed to stop and continued southbound on Coastal Highway. Pivec was speeding and the vehicle failed to stay in its designated lane at different times during the pursuit. 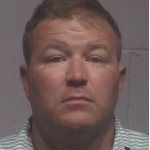 The force of the collision caused the victim’s vehicle to become engulfed in flames. The victim, identified as Seifeldawla Alfaki, 51, of Princess Anne, could not get out of the burning vehicle and was pronounced deceased at the scene. Following the collision, Pivec’s vehicle overturned and eventually came to rest after crashing into a utility pole at 45th Street.

Pivec, who was not injured in the crash, exhibited signs of intoxication and stumbled as he walked. It was also noted in the police report Pivec defecated on himself at some point during the incident. He was taken to Atlantic General Hospital for a mandatory blood draw, which later resulted in a blood-alcohol content of over double the legal limit.

A background check revealed the incident in June was just the latest in a string of drunk-driving-related offenses for Pivec. According to court records, he has been arrested at least five times for driving under the influence, driving while intoxicated or driving while impaired. In two separate incidents, Pivec has been charged with reckless driving in wanton disregard for safety.