OCEAN CITY — William Miller Shoop, Jr., age 79 of Ocean City, passed away peacefully on Nov. 2, 2019 at the Capital Caring Adler Center in Aldie, Va. He was 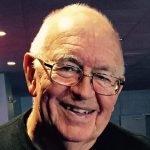 Bill’s prize possessions were his faith, wife and his family. Time spent with his wife, his children and their families brought him the most joy. He loved them with all his heart. His faith influenced the way he lived his life and you could see it in all his actions. Bill always saw the good in people and loved to strike up a conversation with anyone.

He has been involved in sports since childhood. He played basketball and baseball at John Harris High School in Harrisburg, Pa. Bill graduated from Penn State University and worked at the U.S. Patent & Trademark Office for 37 years. Once Bill and Sue retired, they moved to Ocean City, where they achieved their dream of living at the beach. They were able to travel many places and treasure their time together.

Bill was involved with many groups in the community. He served as deacon, Sunday School director, youth group leader and sang bass in the church choir. Once he retired to Ocean City, he became involved in the AARP group and was the treasurer for the local chapter. He also served as treasurer for the condo association. Bill and Sue became members of St. Peter’s Lutheran Church in Ocean City and happily became involved in many duties and activities he performed so lovingly. 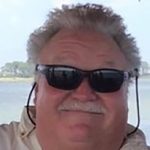 Donald, also known to friends and family as “Captain Don,” was a captain for most of his life and had a passion for being on the water. “Captain Don” enjoyed racing boats with Bull on the Beach, where he was employed for many years as a facilities manager. He was a lacrosse enthusiast and enjoyed supporting his sons in the sport.

A celebration of life will be held on Monday, Nov. 18, 2019, at 1 p.m. at Bull on the Beach, 17 94th St, Ocean City, Md. 21842, where friends may call from noon-1 p.m. In lieu of flowers, donations may be made to the Worcester County Humane Society, P.O. Box 48, Berlin Md., 21811. Letters of condolence may be sent via www.burbagefuneralhome.com. Arrangements are in the care of the Burbage Funeral Home in Berlin.

OCEAN PINES — Elizabeth “Betty” Munley Fields, 84, of Ocean Pines and formerly of Baltimore, passed away on Sunday, Nov. 10, 2019 after the long goodbye of Alzheimer’s. 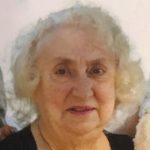 Born on Nov. 16, 1934 in her beloved Scranton, Pa. she was the daughter of the late Joseph and Mary Albert.

She was a proud graduate of St. Mary’s High School and worked at the Scranton Dry Good. She married Donald Munley and moved to Baltimore, where he was employed at the Bethlehem Steel Shipyard till his passing in 1974. Together they were volunteers at the Brooklyn Curtis Bay Little League, umpiring and working in the concession stand for many years. Their home had an open door, welcoming neighborhood children and adults alike considering all to be extended family.

“Ms. Betty,” as she was affectionately known, also worked in school cafeterias in the Brooklyn Curtis Bay area to include Benjamin Franklin #239, Maree Farring #203, and Curtis Bay Elementary #207. It was Curtis Bay Elementary that she met the second love of her life, Eddie Fields. They retired to Ocean Pines in 1999. Betty worked at the Expresso Wave Coffee Shop where she never met a stranger. She had an infectious love for life that was the hardest part of losing her to Alzheimer’s.

In lieu of flowers, memorial donations may be made to Coastal Hospice, P.O. Box 1733, Salisbury, Md. 21802. The family would like to thank the Coastal Hospice staff for their loving care of Betty. 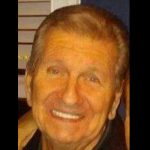 He was loved and will be missed by many. There will be a Celebration of Life at a later date. 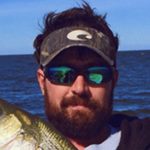 Kenny was born in Seaford, Del. on Dec. 26, 1983 the son of Kenneth David Hooper, Sr. and Jeanne L. (Tyre) Hooper. He graduated from Stephen Decatur High School Class of 2001 having completed the auto mechanic program from the Worcester County Technical School.

Shortly after high school, he started working at the family business, Gray’s Towing & Auto Repairs in Frankford, Del. as a mechanic.

Kenny’s true passion was for the outdoors. He enjoyed hunting, fishing and also serving as a mate on some local fishing boats. When he wasn’t fishing or hunting, he would be working on his truck, fixing up an old car or watching his favorite TV show, “Wicked Tuna”. His easy-going personality and orneriness will leave a void that will be missed by all that knew him.

He is preceded in death by his maternal grandparents, Jean and Earl Tyre, and his paternal great grandparents, Florence and Preston McCabe and Mickey and Hurley Littleton. He is survived by his parents, Kenny and Jeanne Hooper of Bishopville; paternal grandparents Leroy and Nancy Hooper of Bishopville; and godparents Don and Beverly Mitchell of Millsboro, Del. Kenny is also survived by aunts and uncles, Russell and Tami Hooper of Frankford, Del., Mike Tyre of Selbyville, Del., Bonnie Johnson and Halton of Frankford, Del., Geraldine Steele and Bob of Jacksonville, N.C., Mace McCabe and Tammy of Bishopville; Jane McCabe of Selbyville, Del. and Carolyn Robinson of Dagsboro, Del.; his beloved pets, Miley and The Princess; several cousins; and a host of extended family members and friends. 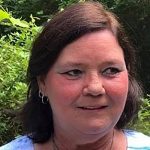 She was the daughter of Joseph Seybert and Anna Wade Seybert. She was proceeded in death by her husband, Michael Birch. She is survived by her sons, Kenneth Sifford Jr. of Fruitland, Christopher Sifford of Pocomoke, Michael Joseph Birch (Connor Cummings) of Pocomoke and David Birch of Pocomoke; sisters Michelle Seybert Messix of Whaleyville and JoAnne Seybert Burbage (Ted) of Berlin; brothers Joseph Seybert of North Carolina, Albert Seybert of New Jersey and George W. Bucsh of Pennsylvania; and grandchildren Kenneth Sifford, Colby Sifford and Savannah Sifford. She was proceeded in death by her brothers, Paul Wade and Wayne Seybert, both of Berlin.

Danette enjoyed fishing and crabbing. She loved spending time with family and friends.

There will be a celebration of Life in Pocomoke City at 5 Front Street on Sunday, Nov. 17, 2019 at 2 p.m. Donations in her memory may be sent to Danette Sifford Birch Memorial, Bank of Ocean City, 627 William Street Berlin Md. 21811. Letters of condolence may be sent to www.burbagefuneralhome.com Arrangements are in the care of the Burbage Funeral Home in Berlin.

BISHOPVILLE — Jean E. Beauchamp, age 86, of Bishopville, passed away surrounded by her loving family on Sunday, Nov. 10, 2019 at her home. 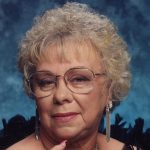 She was born in New Jersey on May 7, 1933 daughter of the late Orrie and Pearl (Miller) Magee and graduated from Lewes High School. Jean worked for NCR in Millsboro, Del. for several years and then went into housekeeping for the Harrison Group and finally retired from Meat Land Grocery store.

Jean enjoyed reading, making ceramics and crocheting. She loved spending time with her large family especially during Mother’s Day and Christmas. Jean will be remembered as a loving mother, grandmother, great grandmother and great-great grandmother.

A funeral service will be held at 2 p.m. on Saturday, Nov. 16, 2019 at the Frankford Chapel of Melson Funeral Services, 43 Thatcher St., Frankford, Del. 19945, where friends and family may call after 1 p.m. Entombment will follow at Granite Memorial Mausoleum in Bishopville.

In lieu of flowers, the family suggests memorial contributions in Jean’s name to the American Cancer Society by visiting www.cancer.org