BERLIN — Joseph Maycock, 86, of Berlin, passed away on Oct. 26, 2019, surrounded by his loving family at Coastal Hospice at The Lake in Salisbury. 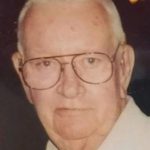 Joe served his country in the United States Army and later as a Nassau County Police Officer for 22 years. He was also a member of the American Legion.

He was preceded in death by his loving wife of 62 years, Helen Maycock, and son, Joseph Maycock Jr. He is survived by children William Maycock and his wife Cynthia, Edward Maycock and Kathleen Maycock; four grandchildren; three great-grandchildren; and life-long friends Joseph and Catherine Rogers.

Services have taken place. In lieu of flowers, contributions in Joe’s honor may be made to Coastal Hospice, PO Box 1733, Salisbury, Md. 21802. 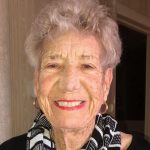 She was preceded in death by her first husband, Ralph Stevenson of Roanoke, Va., and her second husband, Kenneth R. Wilde of Ocean City, as well as her seven siblings. She is survived by her loving god daughter, Sheila Ann Williams and her husband Kelly of Las Vegas, Nev., their daughter, Jamie Lee Williams and her husband Danny as well as their children Bennett and Miles, of California and several nieces and nephews. Betty also will be remembered by her very special neighbors, Alfred and Betsy Harrison, their children, Avery and Wyatt, her devoted caregivers, Helen and Paul Mumford, Kita Walker, Lori Hinmon, Ancy Bowden, Tonya Powell and Kate Records.

Those close to her would like to give a special thanks to Bill Greer, Wendy Fitzgerald and their staff for the wonderful care that they gave to Betty.

A memorial service was held at St. Paul’s by the Sea Episcopal Church on Wednesday, Nov. 6, 2019 at 11 a.m. with Rev. Matthew D’Amario officiating. In lieu of flowers, donations may be made in Betty’s name to the Worcester County Developmental Center, P.O. Box 70, Newark, Md. 21841 where the clients had a special place in her heart.

Arrangements have been entrusted to The Burbage Funeral Home in Berlin, Maryland and condolences may be sent via www.burbagefuneralhome.com.

OCEAN CITY — On Oct. 30, 2019, James Kenneth Fink of Ocean City passed away peacefully in his sleep at Compass Regional Hospice. He was 83. 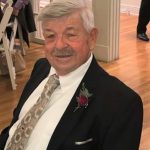 He was born on Nov. 1, 1935 in Manheim, Pa. He graduated from Manheim Central High School.

He served two years in the US Army before beginning his career with the telephone company in 1956. He retired in 1989. Mr. Fink lived in Ocean City after his retirement.

He was a member of the Alexander Graham Bell Chapter of the Telephone Pioneers of America, the Ocean City-Berlin Optimist Club, The Elks Lodge #2546 of Ocean City and the VFW of Seabrook, Md.

Services were held Nov. 3, 2019 at Fellows, Helfenbein, & Newman Funeral Home in Chester, Md. with a visitation one-hour prior. In lieu of flowers, memorial contributions can be made to Compass Regional Hospice, 160 Coursevall Dr Centreville, Md. 21617 or Cancer Comfort Angles, P.O. Box 253 Chester, Md. 21619. 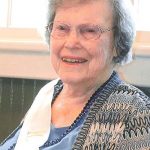 Emma was born in Siloam, Md. and was the daughter of the late Lonie Vincent and Anna Gertrude (Fields) Abbott.

She was a homemaker, wife, mother, grandmother, great-grandmother and great-great grandmother. She was a member of Bethany United Methodist Church, Worcester County Farm Bureau and Order of the Eastern Star.

She was preceded in death by her husband, John E. Johnson, in 1999 and a brother, Melvin Abbott.

A graveside service was held at Wicomico Memorial Park in Salisbury with Rev. Olin Shockley officiating.

Denia, as she was known by all, was the only child of Adenia and Norvell Stearn of Washington, DC. In 1948, she met Wilbur Wingate (Webb) St.Clair, Jr. and they wed in 1951, going on to have two children, Adenia Marie (Deede) and Thomas John. They resided in Silver Spring, Md. and Ocean City until 1995, when they moved to West Palm Beach, Fla.
In addition to being a dedicated and loving wife and mother, Denia was a huge asset to Webb, who worked for Mass Mutual Life Insurance Company. She participated in bowling leagues in Silver Spring and was an active golfer at Argyle Country Club in Silver Spring, Columbia Country Club in Chevy Chase and Mirasol Country Club in West Palm. She also was an avid card player until she became ill in 2009.
Denia is predeceased by her parents. She is survived by her husband, Webb, of 68 years, and her two children, Deede Wockenfuss (Eddie) and Tom (Patti), four grandchildren, 14 great grandchildren and two great great grandchildren. Special thanks to her devoted aides of many years, Julye Pierre-Louis, Sherene Hall and Akilia Davis. 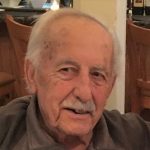 Formerly of Washington, D.C., he was the beloved husband of Elena Coletta; father of Maria, Marco (Pamela), Peter and Patriza (Ivano); and brother of Bruna. He is also survived by eight grandchildren and two great-grandchildren.

A memorial service will be held at St. Patrick’s Church, Norbeck & Muncaster Mill Roads, Rockville, Md. on Saturday, Nov. 9, 2019 at 11:30 a.m. Interment will be private. Memorial contributions may be made to American Heart Association. Services handled by Collins Funeral Home at www.collinsfuneralhome.com. 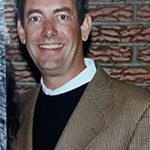 He is also survived by many of his great-nieces and nephews, his beloved co-workers and the countless people who were lucky enough to call him a friend.

He was preceded in death by his brother, John Wesley Bryant, and his loving sister, Clara Mae McLain of Pensacola, Fla.

In 1964, David was a graduate of Howard County Senior High School in Ellicott City. David was also a graduate of the University of West Florida in 1969. He taught school for two years in Cambridge and started working for Phillips Seafood in 1964. He worked for many years as the general manager of the Phillips Beach Plaza in Ocean City, from where he retired in 2012.

David’s wishes were to be cremated and to have no formal funeral services. Letters of condolences can be sent by mail to Dana J. Carr, 8105 Valley Lane, Ellicott City, Md. 21043.

OCEAN PINES — Barbara Ann Wisnosky, age 70, died Thursday, Oct. 31, 2019 at Peninsula Regional Medical Center in Salisbury with her husband and two sons by her side. 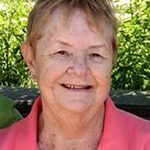 Born in Fitchburg, Mass., she was the daughter of the late James J., and Katherine Ryan Buckley, II. She is survived by her beloved husband of 48 years, Richard Wisnosky. Together they resided formerly in Pottsville, Pa. for over 40 years before retiring to Ocean Pines in 2010. Barbara also leaves behind two sons and three grandchildren, Jay and Erica Wisnosky and their children, Graham and Claire of Dexter, Mich., Marc Wisnosky and his wife Alison Archer and their daughter, Anastasia of Pittsburgh, Pa. Also surviving are sisters Katherine Schmitt (Daniel, dec.) and Mary Patricia Lundy (Gary) and sisters-in-law Barbara Cochran and Donna Buckley, along with several nieces and nephews. She is preceded in death by brothers John, James III and Bernard Buckley.

Barbara will be remembered for her friendship and joy, especially while socializing with friends over Mahjong, Irish music, Bailey’s or with family at the beach and her many adventures with Rich. She was a devout Catholic as a member and volunteer at St. John Neumann Catholic Church, and for St. Mathew the Evangelist Catholic Church while residing in Pottsville. She was a present member of the Red Hat Society and over the years her commitments ranged from Cub Scout leader to volunteer for her sons’ many sports teams and school organizations, and even as a band “roadie” for her son’s Irish rock band. In her spare time, she enjoyed playing cards, reading, holiday decorating, and going to concerts on the Ocean City Boardwalk.

Memorial Mass is planned for Nov. 30, 2019 at 11 a.m. at St. Matthew the Evangelist Catholic Church in Minersville, Pa., with interment to follow in St. Stanislaus Kostka Cemetery #2. A donation in her memory may be made to St. Matthew the Evangelist Church, 139 Spruce St. Minersville, Pa. 17954. Letters of condolence may be sent via: www.burbagefuneralhome.comm . Arrangements are in the care of the Burbage Funeral Home in Berlin. 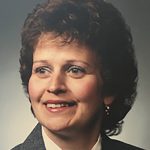 Born June 25, 1947 in Mahan, W. Va., she was the daughter of Sidney Massey and Evelyn Thurman Massey. She is survived by her husband, Charles Tull; their two sons, Bernie Tull and his wife Pam, Sean Tull and his wife Stacey; sister Sue and her husband Bill Schoble; grandchildren Shalita and her husband John, D’Angelo, Alyssa, Hailee; and great grandson Devin. She was preceded in death by her brothers Junior and Sam Massey.

Becky spent many of her years volunteering for the Camp Springs Boys and Girls club and was a member of the Ladies Auxiliary club.

A visitation was held on Tuesday, Nov. 5, 2019 at the Burbage Funeral Home, 108 William Street, Berlin Md. from 9:30-11 a.m. Interment was at the Eastern Shore Veteran’s Cemetery, 6827 E New Market Ellwood Rd, Hurlock, Md. 21643. Deacon Charles Weschler officiated. Arrangements are in the care of the Burbage Funeral Home in Berlin. Letters of condolence may be made to the family via, www.burbagefuneralhome.com.

SNOW HILL – Two weeks into the virtual launch of the school year, parents are already sharing internet frustrations with elected officials.While the school system has provided mobile hotspots to those who need them, internet speed and rural connectivity issues continue to plague local students.“If you’re in one of the municipalities you have everything available… Read more »

BERLIN – Mayor Gee Williams stands by last week’s decision to cancel the Berlin Christmas Parade while at least one of his challengers has plans to reverse that decision if elected.In an online candidate town hall session hosted by The Dispatch Tuesday, mayoral candidates shared their reactions to last Friday’s news that the annual Christmas… Read more »