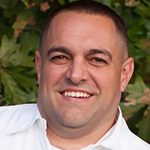 Christopher was a Howard County native and a proud Virginia Tech graduate. Continuing a 100-year tradition, he worked alongside his family at Trimper Rides and later Trimper’s Playland. He served the community he loved by being an active member of the OCDC, the Ocean City Volunteer Fire Company, the Lions Club and Evergreen Masonic Lodge #153 in Berlin. Christopher will forever be remembered for his kindness to others and his infectious smile. If he could pass on a message it would be to care for those around you in every way that you can. He knew no strangers, only friends he hasn’t met yet.

A service will be held on Saturday, Nov. 2, 2019 at the Roland E. Powell Convention Center, 4001 Coastal Hwy, Ocean City, Md. 21842 at noon. Friends and family may call from 10 a.m.-noon. Pastor Kyle McDaniel will officiate. In lieu of flowers, donations in Chris’s memory may be made to The Association for Frontotemporal Degeneration at theaftd.org. in honor of his stepfather Harry Zeigler. Arrangements are in the care of the Burbage Funeral Home in Berlin. Letters of condolence may be made to the family via, www.burbagefuneralhome.com. 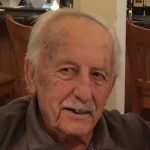 Formerly of Washington, D.C., he was the beloved husband of Elena Coletta; father of Maria, Marco (Pamela), Peter and Patriza (Ivano); and brother of Bruna. He is also survived by eight grandchildren and two great-grandchildren.

A memorial service will be held at St. Patrick’s Church, Norbeck & Muncaster Mill Roads, Rockville, Md. on Saturday, Nov. 9, 2019 at 11:30 a.m. Interment will be private. Memorial contributions may be made to American Heart Association. Services handled by Collins Funeral Home, www.collinsfuneralhome.com. 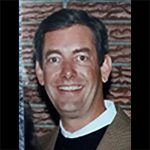 Born in San Juan Puerto Rico, he was the son of the late Herbert E. and Edith Brower Bryant. He is survived by his brother, Herbert Bryant, Jr., and his wife May of Las Cruses, N.M., former sister-in-law, Charlene R. Bryant, and niece Dana J. Carr and her husband Robert, of Ellicott City. Preceding him in death was a brother, John Wesley Bryant, and a sister, Clara McLain.

David was a graduate of University of West Florida. Returning to the Eastern Shore, he taught school in Dorchester County briefly until finding his “niche,” working for Brice and Shirley Phillips, starting at the Phillips Crab House, then general manager of the Beach Plaza Hotel, to Phillips Seafood Restaurants in Baltimore and Washington, D.C. as Director of Design, retiring from there in 2012. He was a member of the Hotel-Motel-Restaurant Association, Ocean City Chamber of Commerce and the Ocean City Downtown Improvement Association, where he was instrumental along with Paul Wall, in its development.

Cremation followed his death. No formal services are planned at this time. Letters of condolence may be sent via: www.burbagefuneralhome.com. A donation in his memory may be made to American Cancer Society, 1315 Mt. Hermon Rd. Salisbury, Md. 21804. Arrangements are in the care of the Burbage Funeral Home in Berlin. 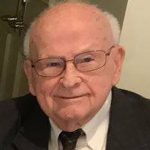 Don is survived by his loving wife of 73 years, Wanda Ardeen, his eight children, 20 grandchildren and nine great grandchildren.

Don was born on Oct. 21, 1927 and raised in Montevideo, Minn. When he was just 15 years old, he ran away from home to enlist in the U.S. Navy under the name of his older brother. He then fought in the Pacific theater from 1943 until the end of World War II. Among other conflicts, he was involved in the Battle of Iwo Jima and witnessed the raising of the flag on Mount Suribachi from the beach where he was stationed as a radio operator. After the end of the war, Don continued his career in the Navy working primarily in communications and, later, cryptology. During his career, he was stationed in Guam, Alaska, Japan and several other bases in the U.S.

After his 30-year career in the Navy, Don retired at the rank of Lieutenant Commander in 1973. He then pursued a second career in banking, working as a branch manager for Baltimore Federal Savings and Loan in Severna Park, Md. and later working for Augusta Federal and John Hanson Savings and Loan. In 1974, after several years of attending college at night, Don received an Associate of Arts degree from the University of Maryland, University College. Don was actively involved in the Severna Park community from 1961 through 1993; he was a leader of his local Kiwanis and Lions Clubs, the Severna Park Chamber of Commerce and the Severna Park High School Marching Band Boosters. In recognition of his community service, he served as Grand Marshal of the Severna Park Fourth of July parade in 1983. When not working or volunteering, Don enjoyed boating on the Severn River, rebuilding cars, photography, amateur radio and, beginning in the 1970s, new technology. He was also an active member of the First Church of Christ, Scientist in Annapolis, Md.

After retiring from his second career, Don and Wanda moved from Severna Park, Md. to Ocean Pines, Md., where they were both actively engaged in their local community as volunteers and avid bowlers. They helped organize and lead their local AARP tax assistance project for 20 years, helping elderly residents e-file their federal and state tax returns. They were trained as auxiliary officers of the Ocean City Police Department and received a Key to Ocean City for over 5,000 hours of volunteer service when they relocated to Collington Retirement Community, in Mitchellville, Md., in 2014. While at Collington, Don enjoyed volunteering for the Opportunity Outlet Shop, helping repair watches and replacing watch batteries for other Collington residents.

An informal gathering was held to celebrate Don’s life was held.