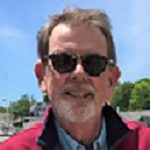 Born in Wingate, N.C., he was the son of the late Bruce and Ruby Edens Bivens. He is survived by his beloved wife of 25 years, Dava J. Bivens, and sons, Hunter Bivens and his wife Johanna of Santa Cruz, Calif. and Nick Bivens and his fiancée Kimberly of Philadelphia, Pa. There is one granddaughter, Miranda Bivens. Also surviving is his mother-in-law, Ellene Fleishman, brother-in-law, Richard Fleishman, and niece Gabrielle Fleishman. He also leaves his devoted dogs, J.P Morgan and Tinkie.

After serving four years in the United State Coast Guard, he graduated from University of North Carolina, Chapel Hill, then earned his Master’s degree in journalism from Penn State University, and his MBA from Wharton School of the University of Pennsylvania. Terry loved both fields and was highly successful in both. He was a Pulitzer Prize nominee for the Philadelphia Inquirer and later, a highly ranked financial managing director at Bean, Stearns and J.P. Morgan in New York. But what he was most proud of were his two sons, not only for their achievements, but for the remarkable men they became. A devoted husband, he cherished his wife Dava and family. His love was boundless for all who were fortunate to be part of his life.

OCEAN CITY — On Oct. 19, we lost our beloved husband, dad, pop pop, great-grandfather, uncle and cousin to many and dear friend to everyone. 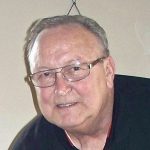 Tom was born in Pigtown on Glyndon Avenue in February 1941 to Elmer Sr. and Mary Kimball Neisser. He was the last Neisser child to join his siblings Dorothy, Dukie and Cass in heaven. He was married to his beloved wife Juanita (nee Amey) for 56 years who survives him. They grew up together in Pigtown and married at St. Jerome’s. They made their homes in Belair-Edison, Pasadena and since 2002 in Caine Woods in Ocean City where they enjoyed many good times with family and friends at the Elks, American Legion and at St. Luke’s.

Tom is also survived by his children, Alyson (Steve Race), Jennifer (Chris Leimbach), Drew and Andrea. His sons Eric and Scott pre-deceased him. He was grandfather to Joshua, Jeramie, Tabitha, Marissa, Mitchell, Emily, Sydney, Olivia and Desi and great-grandfather to Shiloh, Ella, Kaylee and Cyrus.

Tom loved dogs, football, playing cards and food. Dad made up silly languages and words to speak to all of his dogs and he sometimes used them on us kids. He was a coach for the Pasadena Chargers football league in the 1970s. He loved to rant at the Colts and eventually the Ravens. For many years he enjoyed playing pinochle and poker with his parents-in-law Mac and Annie Amey and his sister- and brother-in-law Marlene and Ed Clay. Tom’s love language was food — cooking and especially baking. His cakes and pies are legendary and before he was finished making one meal, he was already planning the next. He also had a specialty of making a Lithuanian liqueur called Vititus, or Vittages. He had already made his 2019 batch to give out to his friends at the Elks – it will be the best vintage ever. Mom and dad had tickets for many upcoming Bull and Oyster roasts and other events in OC – they won’t be the same without him.

He graduated from City College in 1959 and served in the U.S. Army reserves in the 1960s. Tom retired from the Social Security Administration after 37 years of service. He then went on to get his CDL license and drove school buses for Anne Arundel County before moving to Ocean City where he then drove the tram on the Boardwalk and the transit bus on Coastal Highway.

Dad and mom did everything together. They were a team through the best of times and the absolute worst. They showed us all what commitment meant. He was a quiet man with his emotions, but we knew we were loved. We are devastated to have lost him.

Dad has donated his body for medical education and research – still giving of himself. There will be no funeral, but a mass in celebration of his life will be forthcoming at St. Luke’s in Ocean City. Goodbye best dad ever. 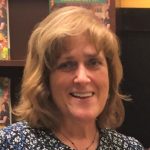 She was born in Woodbury, N.J. and was the daughter of the late William R. and Dorothy A. (Dougan) Doughty.

Linda was employed at Old Pro Golf working alongside her husband for 41 years. She met a lot of amazing people during her time there.

She loved spending time with her family, shopping (especially at Nordstroms) and vacationing. Some of her fondest memories were when she was at Martha’s Vineyard, the Dutch Country and Disney World. She will be missed by everyone who was lucky enough to know her.

She was preceded in death by a sister-in-law, Florence Barger and a nephew, Donald Eaise III,

A memorial service will be held at 2 p.m. on Friday, Oct. 25 at Bishop-Hastings Funeral Home in Selbyville.

In lieu of flowers, donations in her memory may be made to the American Cancer Society, 1315 Mt. Hermon Rd, Salisbury, Md. 21804.